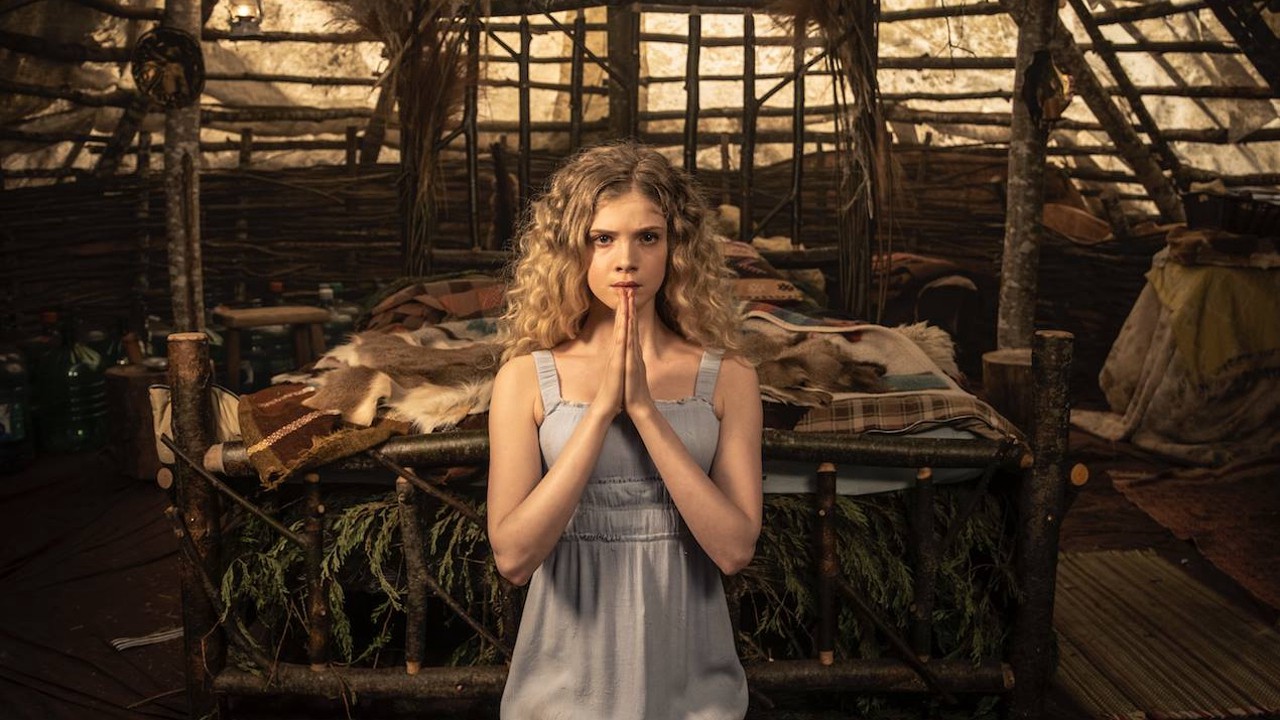 The Sacred Lies of Minnow Bly by Stephanie Oakes has been transformed from a young adult novel into an intriguing horror drama on Facebook Watch. Sacred Lies follows the tale of Minnow Bly, a young woman who has escaped a cult in modern-day Montana. After getting into some trouble with the police, everyone is eager to unravel the mystery surrounding Minnow, the cult, and how they connect to dead bodies found in the woods. This series is not quite what it seems and gives just enough information to keep viewers coming back for more.

Elena Kampouris, who stars as Paris in My Big Fat Greek Wedding 2, does a stellar job of bringing life to the curious and guarded protagonist. Kampouris is cast as Minnow Bly, the show’s main character. Her talent for balancing childlike inquisitiveness with adult themes, like death and betrayal, helps to make Sacred Lies an addicting series to watch.

Some of Sacred Lies’ success also lies with its diverse and seasoned cast and crew. Starring alongside Elena is Kevin Carroll (Paid in Full, Blindspotting) as Dr. Wilson; a forensic scientist assigned to Minnow’s case. Producer Raelle Tucker (True Blood, Jessica Jones) uses her real-world experiences growing up in a cult to bring believability and a personal touch to this dark world of truth and lies.

A couple of Sacred Lies’ biggest strengths are its character growth and attention to detail. Though this review only covers the first five “chapters” of the Facebook Watch horror drama there is great character development between Minnow and Dr. Wilson. We see the accomplished Kevin Carroll bring complexity and gravitas to the forensic psychologist who must decide how dedicated he is to solving Minnow’s case and how deep down the rabbit hole he will go. Carroll turns what easily could have been a two dimensional “broken doctor” character into one with depth and emotion. It’s exciting to come back to each episode and see what mysteries are uncovered.

While some of the special effects need fine-tuning, the storytelling is meticulous and well thought out. The Sacred Lies of Minnow Boy is based on the Brothers Grimm tale The Handless Maiden and very early on it is revealed that Minnow’s hands have been cut off. There are some scenes where Kampouris interacted with her props and surroundings which briefly compromised her handless illusion.

Just about every detail of the show holds some clue that progresses the story and the use of flashbacks flow well with the pace of the story. Sacred Lies will have viewers go from head-scratching confusion to Aha! moments of clarity. If you love shows like Grimm and Hemlock Grove, Sacred Lies will be right up your alley.

The writers use a unique blend of dark fairytales and equally dark real-world issues to unwind Minnow’s twisted tale. The show teaches the dangers of blind faith and the importance of educating oneself academically and practically. In every chapter, situations arise that cause Minnow to question her deeply held beliefs and prejudices while learning about the world outside of her cult. Sacred Lies is one of the few shows I have watched that openly and actively tries to battle the fear of the unknown. 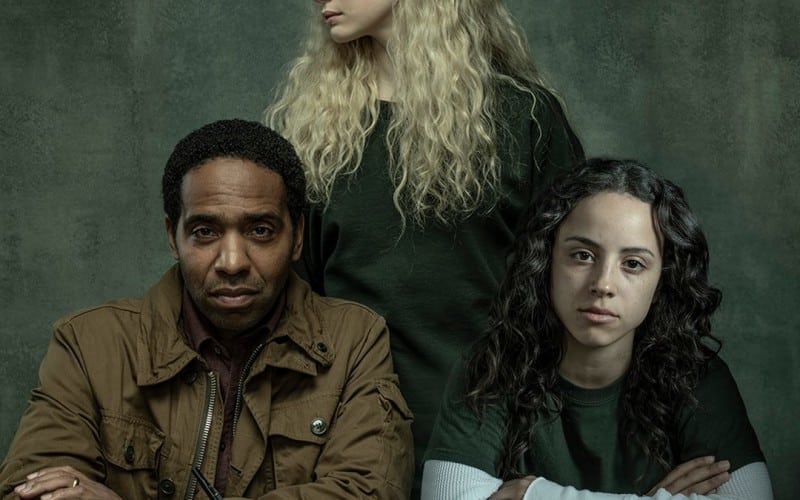 These fears are directly manifested through Minnow’s experiences and what many of us face in our own lives. Racism, the unfair treatment of people with disabilities, and mental and emotional abuse are the main struggles that viewers will encounter in this series. Angel, played by Kiana Madeira (Giant Little Ones), is Minnow’s cellmate in juvenile detention and the closest thing she has to a friend. Angel becomes something akin to a tough older sister to Minnow. She teaches Minnow the unspoken rules of her new home and helps her overcome her personal struggles. Not every battle is one that Angel can relate to on a personal level, though.

Dr. Wilson approaches the case from the angle of understanding why people join cults. In part, his role in this story dives deep into the history of cult leaders and those who follow them. His search for answers changes from completely analytical to somewhat personal the longer he explores this topic with Minnow. His own life becomes entangled in the mystery of the cult and it becomes clear that there could be a steep cost if he continues the search for truth.

I’ve enjoyed Sacred Lies so far and look forward to solving the rest of the mysteries in this intriguing story. While the lengthy exposition may not be to everyone’s liking, the twists add entertainment and surprises keep the show’s pace up and interesting. If you enjoy a show that challenges traditional beliefs and inspires deeper thought into our motivations as humans, this is it.