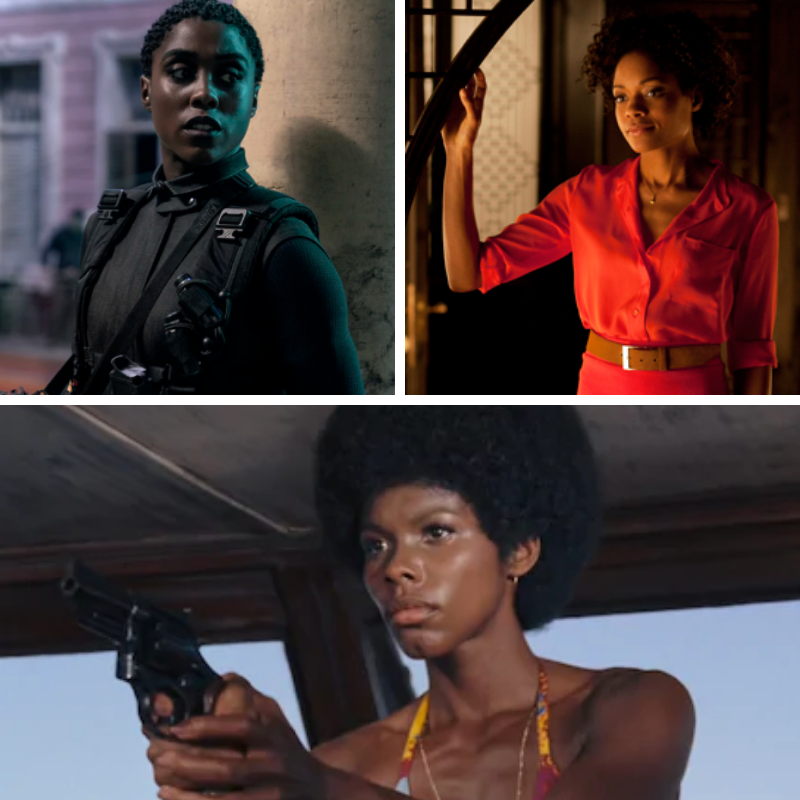 Black girls rule the Bond franchise even if Lashana Lynch isn’t to be the next James Bond. Here we celebrate Black girls in Bond!

In the middle of last year, we reported that Lashana Lynch might become the next James Bond, or the next 007 should we say. The 25th film in the long-standing classic would begin with the retirement of the current Bond for Black, female and talented Lynch to take over.

This would be a monumental moment for the franchise which has been built on male combat and smoke-filled casino rooms where women predominantly appear as arm candy. However, latest reports suggest this will not be the case, and the Bond character will remain a male.

It may not be the news many female Bond fans or Lynch supporters were hoping for, but all hope is not lost. After all, many of the best characters in the Bond films over the years have been Black girls. Let’s leave Bond at the casino and take a look at three Black women to rock the Bond world.

Miss Moneypenny is the personal assistant or secretary to M, James Bond’s superior. Her role has always been minimal during the movies but of significant importance. Each character has always had some romantic tension with the current Bond (although it does not exist in the books). Yet, nothing ever comes of this tension and for that reason is somewhat as the untouchable Bond Girl.

The character has been portrayed brilliantly by many actresses, including Naomie Harris in 2012. She played the role as Eve Moneypenny in Skyfall, which was the first time that Miss Moneypenny had been handed a first name.

The next James Bond Film will be No Time to Die and is released in 2020. The film will include Nomi, a 00 agent with a license to kill just like Bond. And guess who will be playing this kick-ass Nomi? Yes, it will be Lashana Lynch.

She may not have gotten the top job within the next Bond movie, but it is Daniel Craig’s last outing in the role and who is to say she is not in her apprenticeship years waiting to take part in the 26th film of the franchise?

Gloria Hendry took on the role of Rosie Carver, a Black Bond girl from Live and Let Die in 1973. Her character was significant because it was the first time that James Bond was romantically involved with a Black woman on screen. As a Playboy model of the time as well as an actress; she made the role hers and fit seamlessly into the character. Interestingly, when the film hit the big screen in South Africa, the Apartheid government removed any love scenes between her and Roger Moore.

It may be some time before we see a Black female sipping shaken martinis after just whipping some bad guys, but there is still evidence to suggest that Black women have been storming the franchise for years.

Long may it continue!