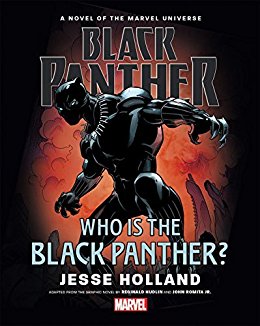 He’s known as the Black Panther. His home is Wakanda. Welcome to T’Challa’s world. During the last ten centuries, as European colonial powers spread their guns and armies throughout the continent, the African nation of Wakanda stood alone as an unconquerable land inhabited by undefeatable warriors and filled with incredible technological advancements.

T’Challa – the latest in a lineage of warrior-kings – is Wakanda’s Black Panther, a hero endowed with enhanced speed, strength and agility – along with a suit made of the metal that secured his country’s future: the indestructible Vibranium. Now, outsiders have returned to plunder Wakanda’s riches, including its store of the rare metal. Leading this brutal assault is Klaw, an assassin with the blood of T’Challa’s father on his hands. Klaw brings with him a powerful army of super-powered mercenaries, all hell-bent on raining death and destruction on this pristine land. Even with Wakanda’s might and his own superhuman skills, can the Black Panther prevail against such a massive invading force?

The novel, illustrated by Todd Nauck, set to be released August 30, 2017 and can be pre-ordered here.

Jesse is also the author of Star Wars Finn’s Story: The Force Awakens, which follows the film from Finn’s point of view. Read the BlackGirlNerds story on that book here!