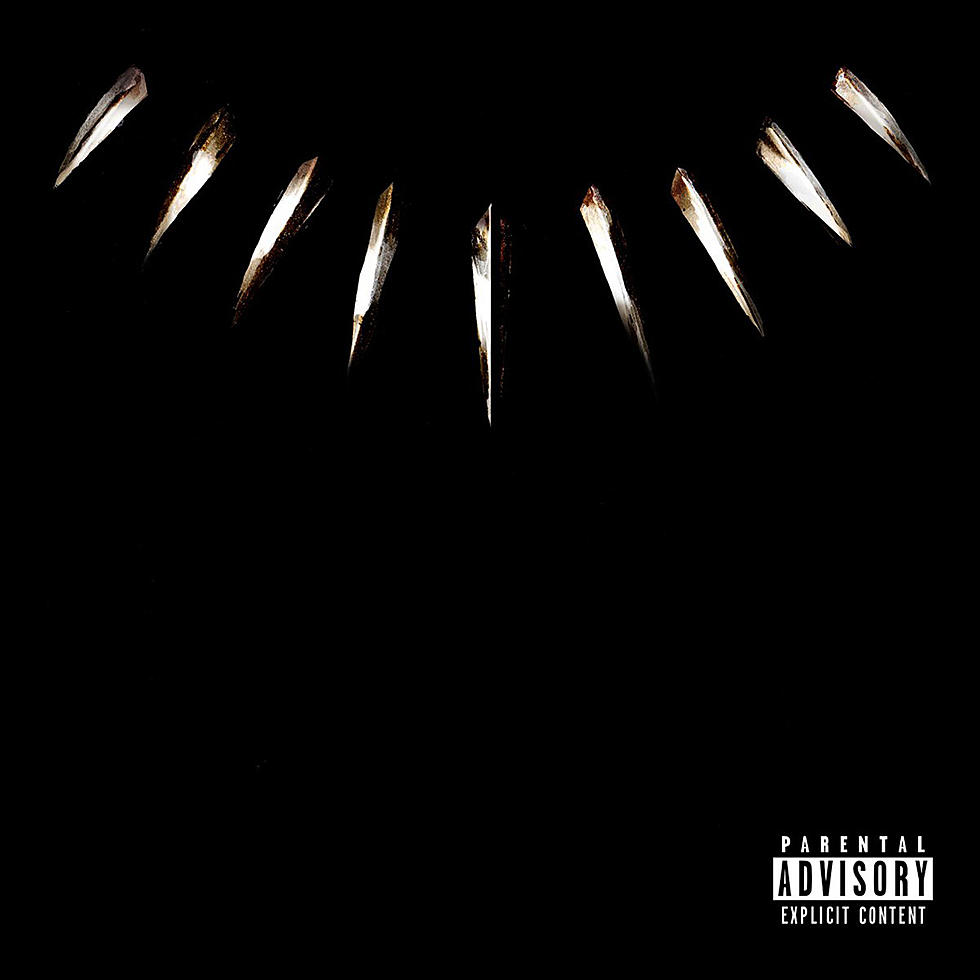 Black Panther: The Album is a love letter to a generation and an entire diaspora. When it was announced the movie soundtrack was going to be produced by Kendrick Lamar, I (like many) roared with excitement. The TDE artist embraces culture and societal subtext in his past works and with a momentous project as this, it felt like a natural choice.

Ryan Coogler met with Lamar after his project, Damn, with footage to share. In an interview with NPR, Coogler explains the meeting:

“So we met, and we talked,” Coogler says. “And to Marvel’s credit, they really supported     the idea of getting some songs from him. At first, he was just going to do a few songs for the film, and then he came in and watched quite a bit of the movie, and the next thing I know, they were booking a studio and they were going at it.”

The cover art is simply all black with T’Challa’s Wakandan claw necklace, but the project it represents is incredibly complex. Movie soundtracks often are a collection of various songs written by individual artists who don’t always hear the accompanying works curated after the fact.

Though Black Panther: The Album consists of multiple artists from all genres of music, it remains a cohesive auditory experience. The Compton artist created a roster as diverse as the African diaspora. America, South Africa, United Kingdom, Germany and Canada are some of the places that the featured artists call their home.

There’s a balance of the futuristic and the ancient; the past and the present. The introduction to the musical journey is “Black Panther”: a simple yet harrowing description of self. Track one is a bold statement, a declaration of purpose. The second track is the SZA-featured “All The Stars”, which visuals (see below) were as equally ethereal and memorizing as the song.

Not only is Black Panther: The Album a collected connection of cultural dots but an exploration and celebration of past, present, and future. “The Ways” and “Paramedic” are reminiscent of 1990s west coast rap. Kendrick doesn’t shy away from showing us his youthful inspiration and where he’s from. “X” and “Bloody Waters” could be heard on any of today’s radio stations; one a hype beat and the other a mellow infusion of tribal beats and hip hop. “Opps” has a clearly a futuristic vibe with high beat techno tempo.

Genres blur into one another on this project. Synthesizers flirt with African drums, who dance with wind instruments and stringed ones. A perfect ode to a feature film that represents so much for so many different people. Music holds power and Lamar has wielded his vibranium-inspired instruments well. The album is a seamless listen and there weren’t any tracks worthy of skipping — even after a second and third listen. It’s a journey through narrative, an exploration of a world through it’s sounds, and just an incredible piece of art.

About the Author: Silk Jazmyne is a reading, writing, drinking student of life who loves narrative in all itsforms. She’s an account coordinator at a boutique advertising agency by day and amagical realist author by night. She loves the artistically strange and currently lives andworks in Florida. Follow her on twitter https://twitter.com/Klis_Sudnih