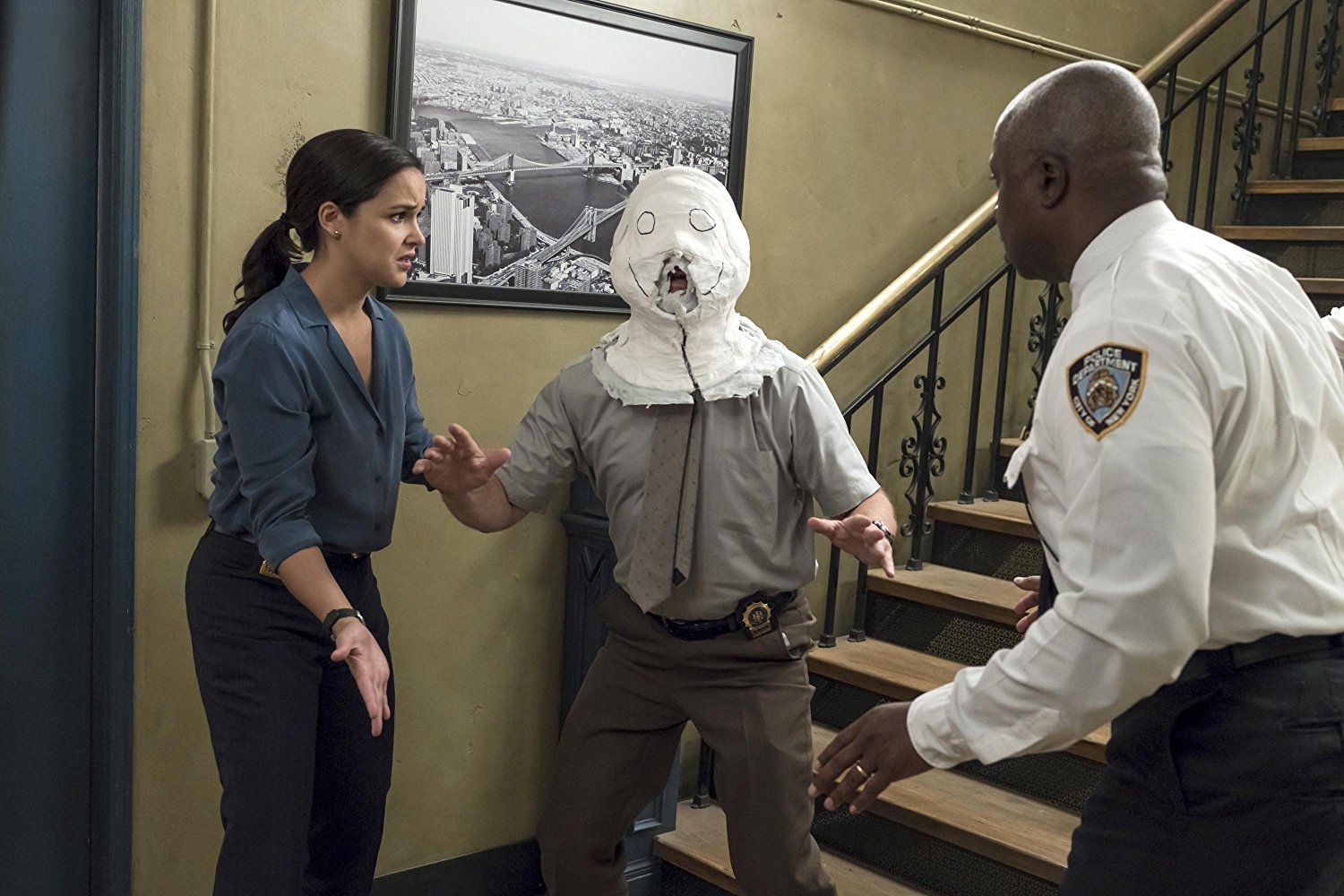 This is probably the nerdiest Brooklyn Nine-Nine episode yet. I’m not really into fantasy (besides Harry Potter) but I still had a great time watching.

In the B-plot, Amy, Captain Holt, and Boyle are taking a forensics’ class in hopes to get the precinct certified to open a field lab. Amy and Captain Holt are concerned that Boyle will derail the class by talking about his life (it’s how he learns!) but he joins them anyway. Charles tries his best to keep his mouth shut, but he just can’t.

When their instructor gives them the task of making a plaster cast of their classmates’ face, the team chooses Charles to be the silent model. After they finish the task of making the plaster cast, Amy and Captain Holt realize they forgot to lubricate Charles’s face which makes it almost impossible to get the plaster off, without ripping off his face and failing the course.

They lock Charles in a utility closet and have Hitchcock and Scully watch him, but he quickly breaks out. They find him wandering around near the stairs, and realize that he doesn’t care about the course he just wants to learn and help his team. Captain Holt and Amy admit their failure so that their friend can continue to learn.

In the A-plot, Terry’s favorite writer DC Parlov has a manuscript stolen and asks Terry to find it, giving Terry and Jake the chance to be nerdy at a fantasy book convention. In the end, it turns out that DC and his arch nemesis teamed up, stealing their own books to create publicity.

To be completely honest, the main plot of the episode this week wasn’t particularly interesting. It had its moments (which I will highlight below), but for the most part, there wasn’t any suspense in terms of the case that Terry, Rosa, and Jake had to solve. The most interesting parts of the plotline where the setting and Terry. I also had an issue with the scene between Jake, Terry, Miles (the third writer) and his wife — it was portrayed awkwardly and felt unnecessary.

I have never had the chance to go to a convention of any kind (if you are outraged by this please feel free to DM me and we can discuss how you can help me get there), but the book convention looked like everything I’ve imagined but with fewer people.

It was great to have the chance to see Terry as a writer and Jake geeking out about something other than police work. A lot of what Terry goes through in this episode is familiar in the writing process and I’m sure a lot of writers can probably relate (to some extent); so I really appreciate getting to see it.

“My back looks like the inside of a spoon.”

“One time I slept walked to the M&M store in Times Square.”

Next week is Brooklyn Nine-Nine’s 99th episode and we’re just so proud of them for making it this far.