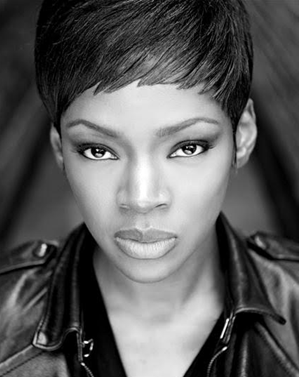 Caroline Chikezie is about to launch an intriguing, yet very complex character (Dr. Nichole Sykes) in a show full of monsters, where no one can be trusted. That show, The Passage is executive producer Ridley Scott’s (The Martian) midseason offering on FOX this winter. The show, written and directed by Matt Reeves (Cloverfield) has sci-fi nerds like me waiting and wondering.

A Black Girl Could Save Mankind?

You’ve seen the commercials and trailers by now. A young Black girl named Amy (played by Saniyya Sidney) is running for her life from people who want her for something insidious. Project Noah is that something. Scientists think they have developed a virus, a bug, that would kill all other pathogens that exist on earth. Possible side effects: It could also wipe out every human in existence as well. The doctors working on the project, including Chikezie’s Dr. Sykes, need people to get the formula just right (and to get rid of that pesky side-effect). They need Amy.

Amy is aided in her escape by Brad (played by Mark-Paul Gosselaar), a man of many talents who is using them all to keep Amy safe. Chikezie’s character is the doctor at the crux of it all, a woman who has a job to do but is also smart enough to know when something is not right. Together, these characters live in a world on the brink of something amazing or something very terrifying.

There are millions of lives depending on Dr. Sykes’ work, which does lead to an urgency that makes things go sideways from the start. The handlers task with gathering human “participants” for the experiments — prisoners — are under intense pressure and are also military affiliated in some way (they all seem to have the skills of some very well-trained soldiers). They get aggressive. Then, there’s a precocious Amy who knows how to survive just as much as she knows that her value ends when they have used her body for their purposes. In fact, Brad is sent out with a team to grab Amy, a team on orders from Dr. Sykes and the Project Noah scientists. The grab goes awry. Brad finds himself with a scared little girl and running from some deeply connected people.

You Know Caroline Chikezie, You’ve Seen Her in SciFi Before

This is not Chikezie’s first go at a complex sci-fi character. In fact, we’ve seen her in some of our favorite shows like Supernatural (in Season 7, she played a hunter named Tamara), The Shannara Chronicles (as Queen Tamlin), and even Torchwood. Some of you may remember her most from the film Aeon Flux as well. She says that these roles are not accidental. Chikezie admits to being a huge sci-fi fan. These roles only work to imprint her in the genre.

The Passage is another notch on her belt that could be a hit under the right conditions. The new Fox show has a lot going on, so describing it, in a nutshell, is something BGN asked Chikezie to try. She told us that The Passage has the “heart of This is Us,” the creatures with vamp-like tendencies found in Vampire Diaries, and it’s got the monstrosities of The Walking Dead.

It’s essential a multilayer show that will pull at the heartstrings one moment and have you too scared for a bathroom break the next.

Is Dr. Sykes Good, Bad, or Something Different Altogether?

Chikezie’s Dr. Sykes is a very smart woman surrounded by men who have good intentions at times and at others are very barbaric. Through it all, Dr. Sykes maintains her cool and her values. She does not compromise herself for anyone and that makes her sometimes come off as one of the bad guys. Chikezie doesn’t think she is a villain, however. Dr. Sykes is the Head of Project Noah, a secret mission to help find a cure for an impending global epidemic. Dr. Sykes and her team are working to use monsters and an orphaned Black girl named Amy to create this cure.

Dr. Sykes needs the girl, but Chikezie assures us that she is in fact, still thinking of the greater good. Chikezie says the Sykes is a freethinker who is independent and strong enough to handle her on the project. Maybe that translates into her doing the right thing eventually. We will have to watch and see.

Chikezie drops a hint about a love triangle involving herself and her character. You may be able to glean one of the participants in the premiere episode. The third one has me thinking back to Brad, who basically is a father figure to Amy. Instant (stereotypical) family? She couldn’t say any more.

I did get to ask Chikezie about her extensive acting career and the advice she would give actresses rising in the business. She said, “Keep your natural qualities.” Chikezie explained that this meant doing what it took to play the role but be your natural self. “Be who you are.” She was referring to an actor’s tendency to change as the fame is heaped upon them. These changes in the things that make a person who they are, their authentic selves, can be detrimental to the person, eventually affecting their craft.

The Passage premieres on Fox Monday, January 14. Check out the clips below for more information on the show.