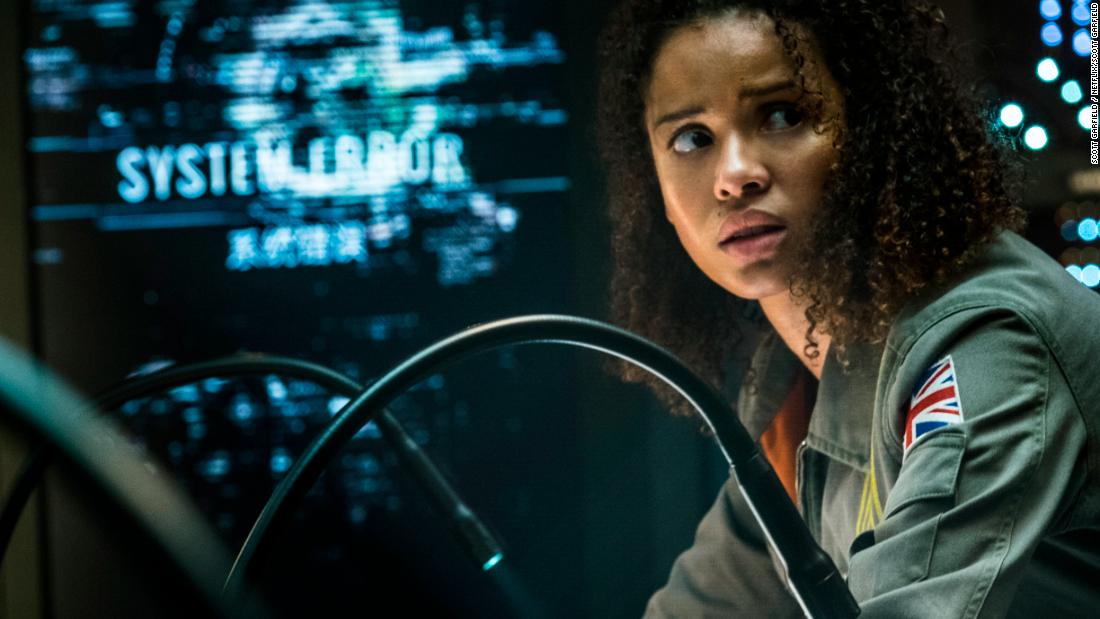 I don’t know how many nerds were watching the Super Bowl on Sunday night, but I was not one of them. So, imagine my surprise when The Cloverfield Paradox, the latest entry in one of my favorite nerdy franchises dropped a trailer at halftime. Yes, J.J. Abrams and the team at Bad Robot are back at it, this time releasing a film at midnight on Netflix.

Naturally, I stayed up to watch. I love the Cloverfield film series. I love trying to figure out how they all work together. I especially loved seeing them cast my favorite actresses as leads; Mary Elizabeth Winstead in 10 Cloverfield Lane and Gugu Mbatha-Raw as Ava Hamilton in The Cloverfield Paradox.

Cloverfield Paradox has a pretty stacked cast. It stars David Oyelowo, who is no newcomer to science fiction, a comedic performance from Chris O’dowd, and Ziyi Zhang who holds her own in her portrayal of Tam.

I really think this movie should have been called Ava Hamilton and the Terrible Horrible No Good Very Bad Day. Cloverfield Paradox opens with Ava and her husband Michael, played by Roger Davies, waiting in a miles-long line for gas. It is 2028, and there seems to be little hope for the world’s fuel crisis. Ava is debating on joining a mission aboard the Cloverfield spacecraft, where a particle accelerator called Shepard might solve all of the earth’s fuel problems. As if on queue, a blackout shuts down power. It is the fourth or fifth in a series of blackouts plaguing the city. She decides to go to space.

Onboard the Cloverfield, Ava works with an international team to get the particle accelerator going. They’re all experts in various fields; Hamilton represents the U.K., Kiel (David Oyelowo) is the American and the leader of the team, Schmidt is German (Daniel Brühl), Volkov (Aksel Hennie) is Russian, Mundy (Chris O’Dowd) is Irish, Tam (Zhang Ziyi) is Chinese, and Monk (John Ortiz), the spiritual core and doctor of the group, is Brazilian. What was meant to be a six-month mission, becomes two years after the machine fails dozens of times.

Ava started this particular day, probably as she started many days out in space, by video calling her husband. They update each other on their lives, and Michael reminds her about the important work she’s doing. The call eventually drops halfway through, and she ends up watching a video of them and their two children. She gets back to work.

The scientists are gearing up to give the particle accelerator another try. They have no choice but to continue firing until they can’t. The fuel situation on earth is only growing direr. Monk is seen watching an interview of the author of a book called “The Cloverfield Paradox.” He says, “Every time they test it, they risk ripping open the membrane of space-time, smashing together multiple dimensions, shattering reality.” He goes on to say it could affect things in the past, present, future, and alternate realities. Hm.

But if only they listened to that shit, right?

So, the test continues. The team is excited because things are finally working properly. Until they aren’t. Everything goes very wrong, very quickly, and this is where Ava Hamilton’s Bad Day begins.

Everything that can go wrong does. Mundy loses an arm. There’s now suddenly a woman tangled inside the ship. Schmidt may or may not be a spy? The worms are gone. Unbeknownst to our scientists, the earth below them is falling into further chaos. Shadowy figures are destroying entire city blocks. The worms are found – but in the last place any of them would ever look.

Some things impressed me. The performances were really good. Mundy held up as the comic relief. He loses his arm but remains pretty upbeat about it. He even makes jokes about potentially blowing by calling himself “Kentucky Fried Mundy.” They did a good job of making him funny, but not annoying or inappropriate.

I also really appreciated Tam. I was really impressed that her character spoke Mandarin throughout the film, and her fellow astronauts understood and responded in her native tongue.

Ava’s backstory about her kids almost made me cry. A mother willing to do anything for her kids is always my weakness.

And here are some things I was confused by…

How does this fit into all the other Cloverfield movies? I know we will never get straight answers from this series. Their thing seems to be leaving the viewers hanging. As much as I’ll have a great time watching fan theory videos about Easter eggs, I would love confirmation about anything!

My theory? The Cloverfield Paradox was the beginning. It’s like the author being interviewed said, the particle accelerator could ruin things in the past, present, and future. Cloverfield and 10 Cloverfield Lane were in the past. Did the Paradox send monsters back? Will J.J. ever let us know? And did the monster at the end eat the rescue pod? I need answers J.J.!

All in all, I thought The Cloverfield Paradox was an okay film. I went in with no expectations, especially since I barely had time to form an opinion between the trailer and movie being released. The performances, CGI, and plot were solid. But I think 10 years after starting the series; the fans finally deserve some answers.