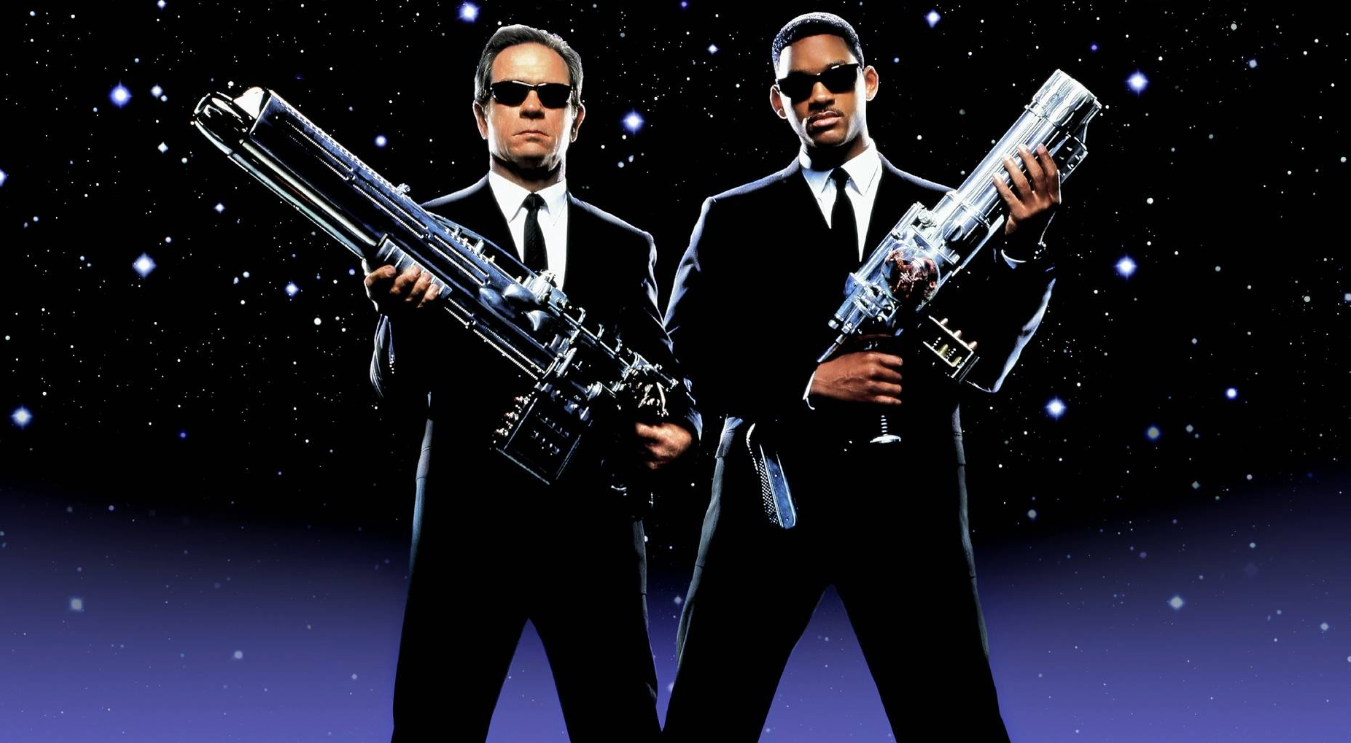 Say what you will about Will Smith, but you can’t deny that the man is really damn charming.

Don’t worry, that will be the first and last reference to that whole thing in this article (maybe). We have some great commentary here if you want to revisit that thing that happened, what was it? Two years ago? It feels like two years.

Anyway. You should watch Men in Black. Now. If you’ve been struggling with liking Will Smith recently, this film will remind you why we’ve loved him for over three decades, minus a week or two.

If you need proof of Smith’s endless charisma and magnetic personality, imagine the world where David Schwimmer had played Agent Jay. Sure, the film would’ve been fine, and legions of Friends fans would likely have made it a box office hit. But I don’t know that we’d want to revisit it even five years after its release. All due respect to Schwimmer, but, in that alternate timeline, Men in Black would’ve had the staying power of our universe’s Men in Black II.

Thankfully, we get this film instead, where Smith and co-star Tommy Lee Jones have excellent chemistry as a duo, quiet star power on their own, and comedic timing so perfect that I laughed out loud often.

On its surface, Men in Black is a sci-fi/comedy about an uptight governmental agency tasked with keeping the existence of aliens among us a secret. Beneath that, however, is a story about regret and the changing faces of government and law enforcement.

When it comes to acting and mood, director Barry Sonnenfeld and screenwriter Ed Solomon know that every moment doesn’t need a laugh. They know that to root for these characters, we must actually know who they are. For example, take the scene where Agent Kay shoots Jeebs (Tony Shalhoub).

When Kay first pulls a gun on Jeebs, Jay still believes Kay is a federal agent with a scoop about Jeebs’ illegal arms dealing. Jay even plays Good Cop to Kay’s Bad Cop while the latter menaces Jeebs in an interrogation. Yet, when Kay counts to three and seemingly blows Jeebs’ head off, Jay drops the act and attempts to arrest his fellow law enforcement officer.

Now, imagine this scene played another way. Imagine, instead of caring about the apparent murder he’s just witnessed, Jay just says “Damn” in a humorous, Smithian way. Or he jokes that Jeebs should’ve listened to him when he said Kay was crazy. Or he does any of the other myriad tired tropes we’ve seen in a billion previous scripts.

It might be funny, but it’d make our co-lead and audience surrogate seem like a sociopath. Kay knows Jeebs’ head will reform in a moment, but Jay doesn’t. Instead of easy jokes, we get Jay’s characterization as a cop who’s committed to justice, even when those breaking the law are seemingly on his side of the so-called thin blue line.

Later, when the scene ends with Jay impotently threatening to come back and talk to Jeebs about Jeebs’ collection of stolen goods, the laugh is earned because we know he’s not an idiot or an oblivious jerk; he’s an average person attempting to maintain a sense of normalcy in the face of the extraordinary.

Speaking of Jones’ portrayal of Kay, I know no actor ever wants to be typecast, but please, Hollywood, don’t ever let Jones play anything except the straight man in any comedy duo. I know he has fun hamming it up every now and again, but he knows exactly how to handle being a laid-back foil for his more exuberant co-stars.

Importantly, he never plays these characters as humorless or heartless, but as people with dry wit and blink-and-you’ll-miss-it vulnerability. As far as humor goes, check out the scene where Jay says “I don’t want nobody calling me ‘son’ or ‘kid’ or ‘sport.’” Kay fires back, “Cool. Whatever you say, slick,” then continues his spiel. How do you describe that scene as anything other than perfect comic timing from both leads? You can’t. Only a liar or someone amid of a delusion could.

Elsewhere, Jones evokes all of our pity for him in a sequence where he uses satellite imagery to look in on a former lover and think about what could’ve been. When Smith’s Jay catches him in the act and jokes that it’s better to have loved and lost than not to have loved at all, an exasperated Kay rubs his brow, holds his tongue, then simply says, “Try it,” before walking away. When Jones’ character later ends up with this woman, it doesn’t feel like an overly-sentimental ending but more like a well-deserved character arc.

Of course, the film has its problems and lapses of logic.

It’s surely been joked about before, but, seriously, are we to accept that there can only be 26 agents in the English-speaking Men in Black divisions? Because they apparently only use single-letter designators without numerical qualifiers.

Then there’s the idea that the MiB must be covert at all times, yet they will do things like shooting a UFO down over Shea Stadium or zip through the Midtown Tunnel in a rocket car. There’s the question of whether the Bug (Vincent D’Onofrio) also took Edgar’s vocal cords along with his skin because he could only speak inside the suit. And, even then, his actual head was tucked somewhere deep down in Edgar’s torso, so how was he seeing or hearing anything that was going on?

Tommy Lee Jones allegedly told writer Ed Solomon that the screenplay had to either be a comedy or a science-fiction. He clearly didn’t know that the mind behind Bill and Ted’s Excellent Adventure can make sci-fi/comedy hybrids so spectacular and funny that we largely eschew such nagging questions.

In the end, the film quietly becomes about the changing face of government and law enforcement. Yes, we can have a conversation about police abolition and the efficacy of putting marginalized peoples in charge of institutions founded on white supremacy.

But, as an allegory, this 1997 film makes the argument that the times are changing, and soon men of color and (white) women would take the places previously held by old white men. And it does this without ever mentioning a word about it. While this was probably not the intended nor primary message (I’m not sure Schwimmer’s casting would have quite gotten that point across), it’s still an interesting theme one can discover within the film.

Men in Black is just damn fun. The cast is perfect, Rick Baker’s alien effects are chef’s kiss, and the movie’s runtime makes sure the film doesn’t overstay its welcome.

If you’re still feeling some type of way about Will Smith and his infamous slap, investigate why this incident has you so pressed, boil some tea, then put on this movie.

If his performance in this still doesn’t win you back, you’re either dumb, dead inside, or Chris Rock.