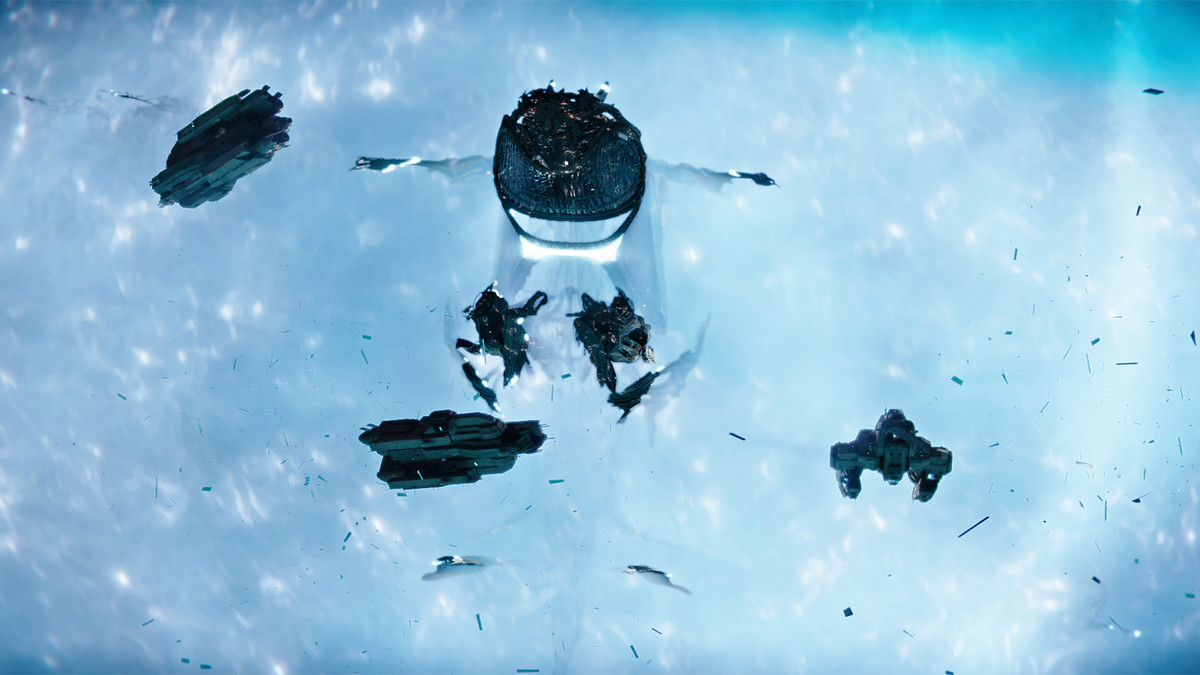 It’s Friday, two weeks after Syfy pulled the plug on one of its highest rated shows, Dark Matter. That sentence might seem nonsensical but showrunner, and the fandom’s ad hoc Business of Media professor, Joe Mallozzi did a pretty good job explaining how something like this happens. Bottom line, it was the business decision deemed appropriate at that time, not a reflection on the show or its creative direction.

I was having a great time at Dragon Con when I got the news, so my day instantly turned bittersweet. I had a fond memory of learning about Dark Matter‘s (and Killjoys‘) Season 3 renewals last year and doing a little celebratory dance as I walked out of the Marriot to join the throng. This year there was no dancing.

So here we are. Season 3 left off on one of Dark Matter’s patented “Everything Is Awful and All Our Heroes Are Scattered” cliffhangers. So what is a fandom, a cast, a crew, and a showrunner to do? Well, if you’re this lot, you get motivated. For the past two weeks, Joseph Mallozzi and some fandom leaders have been beating the twitter pavement letting people know this show still has legs, nice ones! Mallozzi has all but turned his personal blog into a situation room to inform folks about his bid to find a way for Dark Matter to continue as well as acknowledge the work fans have done on the show’s behalf.

The fan efforts are centered on @DarkMatterFTL and include among other things nightly tweet storms. After experimenting with a few options throughout last week, Friday’s hashtag, #RockTheRaza, proved to be the winner, smashing all expectations by hitting 210,000 tweets, trending #4 in the U.S., #2 in Canada and Los Angeles, and #1 in New York!

Today promises to be even bigger, with two major events. There is going to be a Reddit AMA (Ask Me Anything)  with Joe and members of the Dark Matter cast at 7 pm ET/4 pm ET. Then at 9 pm ET/ 6 pm PT, there will be another twitter storm. Details are always released about 45 minutes before the start so that participants can maximize the power of their unified, collective voice. Also to sweeten the pot, once fans can get tonight’s hashtag trending, Mallozzi will be releasing 30 minutes of outtakes and bloopers in 2 minute increments for the length of the trend.

I had a chance to catch up with Joe earlier today and asked him what gives him the drive to keep this team together and this story going when his pedigree guarantees the next opportunity is right around the corner? He confirmed that there are other opportunities on the horizon but he had this to say about the Raza and her crew:

“Dark Matter is my baby and it’s frustrating to think I won’t be able to finish telling my story. The cast and crew have become like family to me and, as I wrote in my blog, I have to do right by them.”

I salute Mallozzi’s dedication. These past weeks he’s been optimistic and inspiring but very honest about the slim-but-ever-growing prospect of Dark Matter finding a home for Seasons 4 and 5. This is the moment of truth.