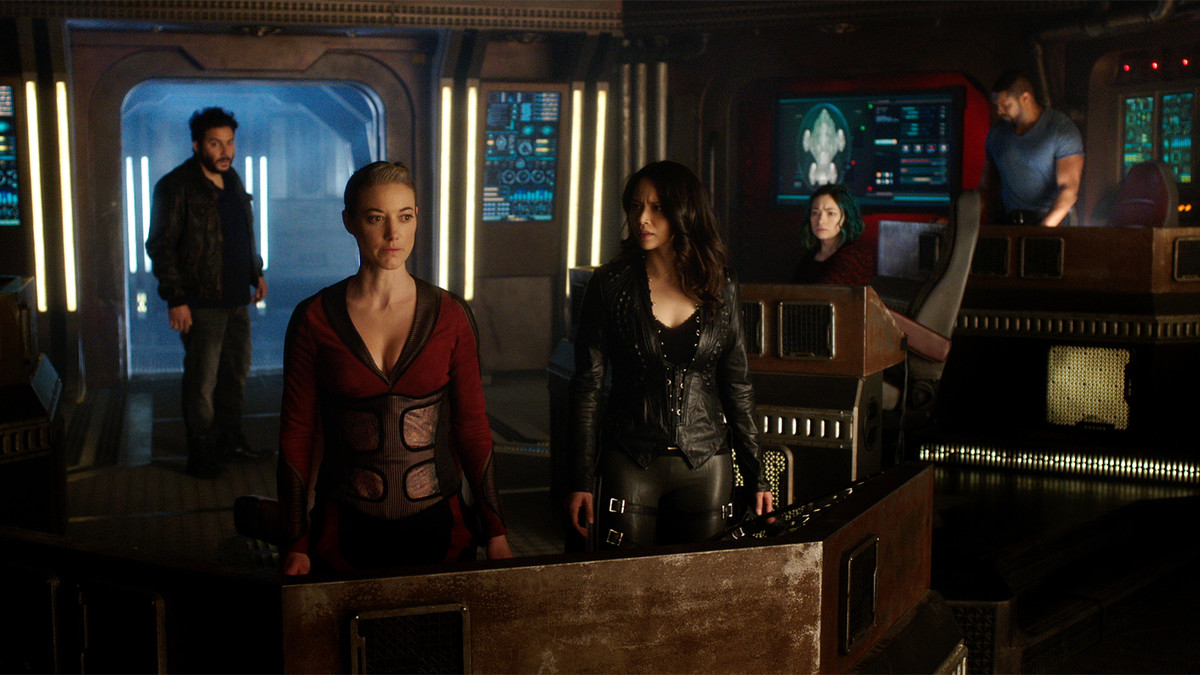 Dark Matter Nowhere To Go: Farewell Of The Season

On the TV series Dark Matter, Teku is just full of surprises, isn’t he? I love that he was quietly building support and military capital for Ryo and stashing it aside right under Misaki’s nose. It’s also fascinating to explore how people become so loyal to an abstract concept like a royal bloodline that they’re willing to forgive the fact that Ryo Ishida is a terrible ruler.

“Nowhere To Go” had a true finale feel. Side stories got ellipses added to them, shelved for later episodes. Android finds a data storage device labeled Kryden and gives it to Two. Five confides in Six about her connection with Alica Reynauld. Three visits Sarah’s habitat one more time before storing it in the med bay.

Two has come a long way from the season premiere of Dark Matter when she seriously questioned the Raza’s place in heroic work. Even before she’s taken over by the alien, she has a sense of righteous purpose about keeping Ferrous from unleashing holy hell on the galaxy. It isn’t the same thing as keeping the blink drive from Ryo; this was actively seeking out danger and working to stop it.

It was good to see Commander Truffault one more time even though she led our heroes down a path of destruction. What if she’s an alien-simulant and she was working with the Traugott alien-simulant to put this whole plan into motion, knowing that Two is also a simulant? That would be wild.

Whether it was a set up from the jump, or the aliens taking advantage of an opportunity, we can count them as a crafty race for sure. And since they have ships, they’re going to have bodies so I’m looking forward to seeing that.

Overall, Dark Matter’s 3rd season was strong. It took risks but kept the momentum of the main story consistent. It kept some complex elements from getting confusing like alternative universe doubles and time travel. The team grew closer even as they lost one of their own, maybe because of that. Ryo’s storyline gave us a glimpse into galactic politics and a glimpse at beautiful aesthetics. Even though I missed Four and was sad the Raza crew was fractured, I found the business going on with Zairon’s royal court to be genuinely interesting and enjoyable to watch.

Dark Matter refrained from killing people with reckless abandon this year like they did last year, so that’s also a plus. In general, I’ll be glad when producers stop thinking this, “We can kill a main at any time! Don’t get comfortable,” attitude is what gives their shows edge. I’m not saying no characters should ever die, but this preoccupation with killing off mains as an insta-interesting concept is old now. It’s been 20 years since Joss Whedon killed Eric Balfour off Buffy for shock and awe.

ALSO READ
Josh Gad and Isla Fisher Discuss Relationship Baggage in 'Wolf Like Me'
If I had a critique for this season it would be that characters tended to be as smart or as dim as they needed to be to satisfy the needs of the plot at times. I mentioned Ryo’s inability to see through obvious ruses, vacillating between being Misaki’s puppet or a petulant child depending on what the story needed in the moment. This is not the only time this happened. In this last episode, you’d think that no one on that ship had encountered the Dwarf Star conspiracy or the floaty black aliens. Two was acting suspiciously as hell, and no one picked up on it. Maddening.

The average score I gave to this season is 4 (3.96), which is excellent. Dark Matter deserves to come back. Incidentally, on Mallozzi’s own blog, he stated emphatically that this is a 5-year story so even if it got renewed for a 6th season it would have to do so without him. I hate to think of a beloved show ending, but perhaps the finite run time is an enticement for Syfy to keep it going for that long.

Fingers crossed the entire #RazaCrew be reunited and fighting alien invaders next year! 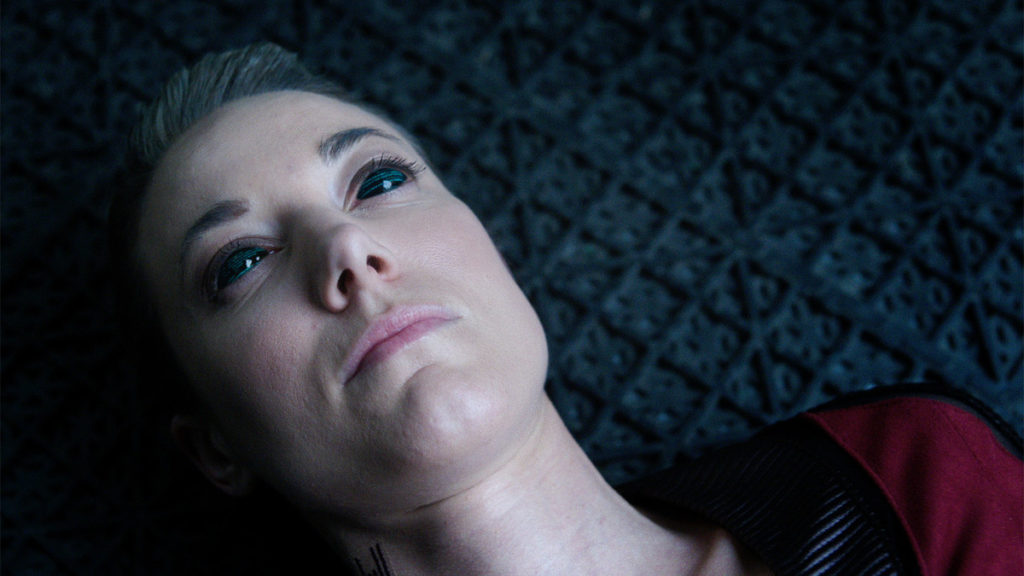 Dark Matter appears on Syfy every Friday at 9pm