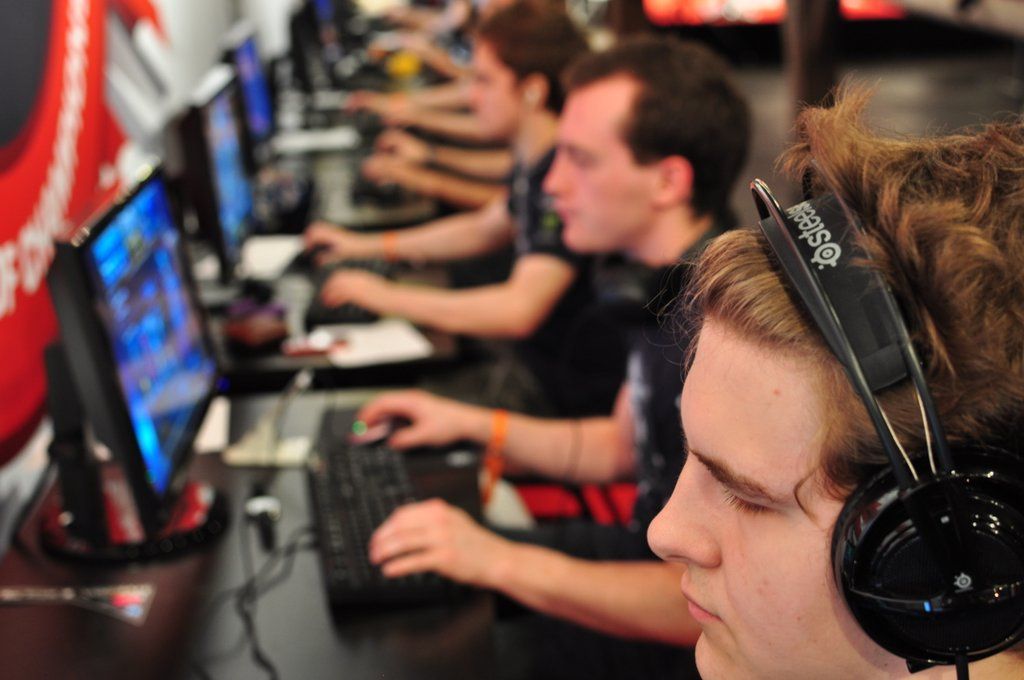 Last weekend, while watching “American Gods” and live-tweeting it with #BlerdTwitter, my partner linked me to a tweet containing screenshots of blatant racist and sexist comments about Black women gamers from EvilGeniuses sponsored fighting gamer ChrisG.

Apparently, he was responding to another person in a Facebook comment thread who was commenting on how Asian women gamers are shown more love in the fighting game scene due to racist fetishization than other women of color on the scene. Being an old school fighting gamer who was active for years on the scene online via Shoryuken Forums and IRL, I can attest to seeing this play out firsthand. But ChrisG thought he’d add his two cents regarding Asian and mostly, Black women gamers. 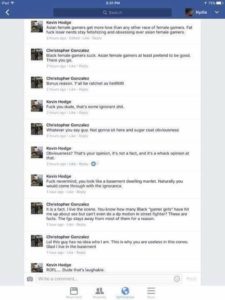 Yep, that’s right. Black female gamers are all ratchet (as if “ratchet” is supposed to be insulting, but more on the usage & context later), don’t know how to play fighting games, and only hit on him for sex (because women hitting on men for sex is a baaaaaaaaaaad thing, because folks can’t go to game tournaments to meet and greet folks, have a good time, and even hook up sexually ALONG playing video games for fun and to win competitions, TO SPEAK SUCH THINGS IS HERESY!)

He follows up his sage perspective with more gems talking down to a Black girl/woman gamer in a comment thread on Facebook: 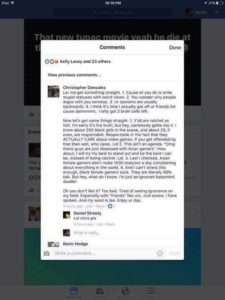 Thank you, ChrisG, for such keen insight into the disposition of the Black Woman Gamer on the FGC scene. 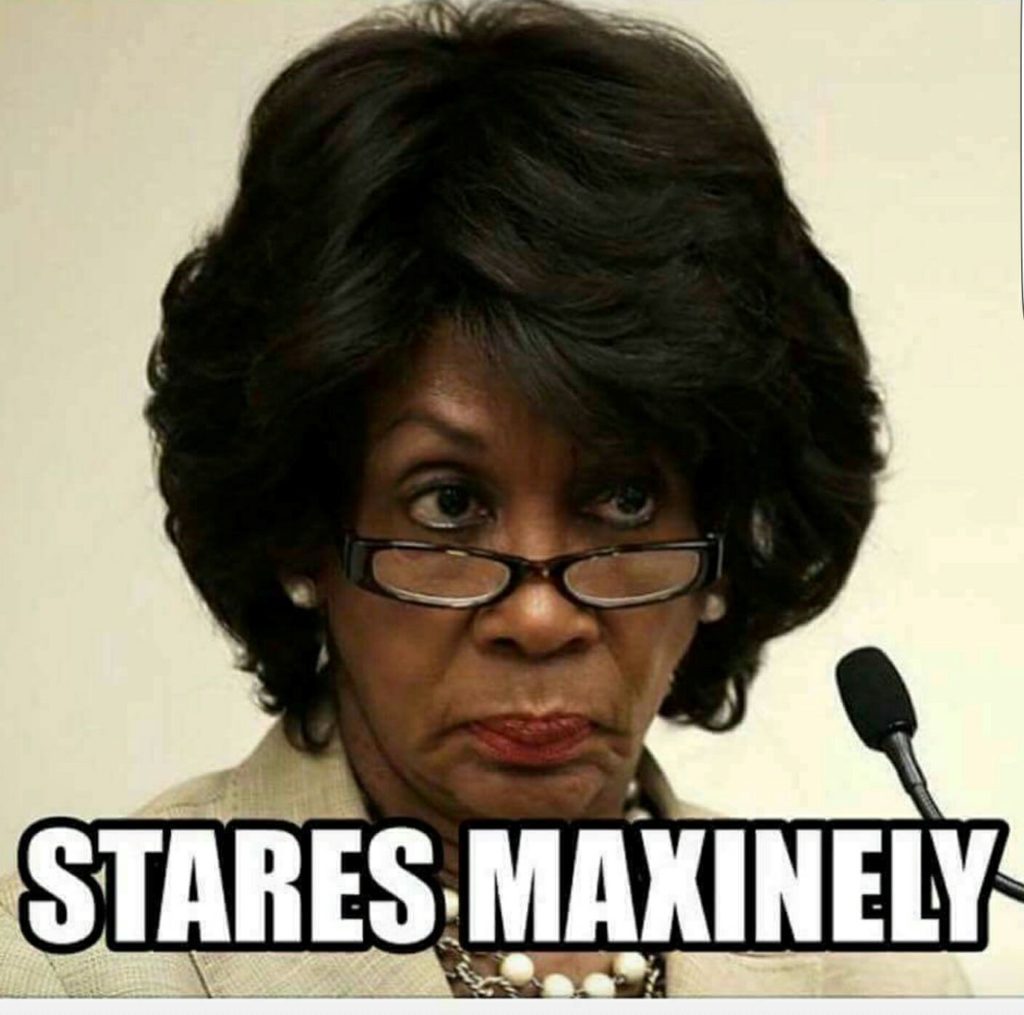 And, of course, whenever someone who has some amount of familiarity/celebrity says or does some foul mess and word gets out on social media, Chris G made a Facebook “sorry, not sorry” status post: 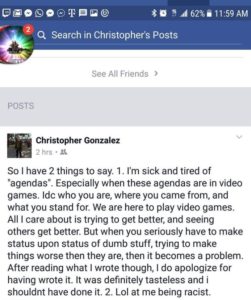 So. Let’s break down this entire muck of misogynoir and read all of this for the filth it is.

1. ChrisG stated that out of 200 Black girls he supposedly knows in the FG scene, only 20 of them are “respectable”. His definition of “respectable” being that the women “ACTUALLY CARE about video games”, AKA are there JUST to play games and want to get better, because, y’know, humans can only be about one thing at a time, and because men gamers are NEVER trying to get sex while also enjoy video games, whether for competition or just for casual fun? Because, I can spill ALL the tea about how many dudes in the scene have tried to holla at ME for sex, but I’m a grown ass ADULT who doesn’t place value on human beings based solely on how many or little sexual partners they have and how they go about initiating casual sex hookups.

Also, I would need to know how Chris went about researching that only 20 Black women gamers he knows out of 200 truly care about video games, because these numbers aren’t really matching up. There are hardly 200 Black women who are even ACTIVE in fighting games, let alone who go to tournaments. So, where are these numbers coming from? His personal Facebook friends list, or his recollection of meeting Black gamer girls at past events over the years, neither of which would be good for making empirical claims about an entirety of a group of folks, so there’s that.

2. Apparently, ChrisG has an issue with women hitting him up for casual sex while in a tournament environment, and I have to ask….WHY? Because they may not be as good as executing fireball motions? You’re going to pass up a sex hookup over THAT? Or because you believe in the old adage that women who own their sexuality and go about sexual hookups are of a lesser value and undeserving of basic human respect?

Not for nothing, but that’s the type of bullshit that ensures gamer dudes continue to suffer from desert dick, with only their tears as lubricant. The fact that so many in the FGC go out of their way to stop nice things from coming their way because of how they view women who may/may not show up at tournaments and, while probably having a casual like/love of games, really are down for some human interaction—which may include sex—is mindboggling to me, and is just RIFE with patriarchal bullshit. When it’s a woman who doesn’t act how others THINK she should, she’s lesser than human, and others—men and women—are expected and rewarded for dehumanizing said woman. It’s an ouroboros of misogyny that’s been in the scene for decades, and honestly, hasn’t gone anywhere.

3. ChrisG doesn’t seem to take any woman gamer seriously, let alone Black or even Asian gamer women. In the first FB comment thread, he stated that “Asian gamer girls at least pretend to be good.” He’s much harsher with Black women, though, claiming that we just suck and are “ratchet”. Aka “ghetto”, aka “uncouth”.

UNCOUTH: “(of a person or their appearance or behavior) lacking good manners, refinement, or grace.”

Not for nothing, but….this would describe a GOOD number, if not MOST, of the FGC, ChrisG included, so, dude….who are you trying to fool?

ChrisG’s comments illuminate that the FGC is still not only hostile to women who don’t come into the environment behaving as others believe women should, but that the scene still has issues with respectability politics. It’s not too surprising to me, because the majority of players in the scene are Non-White people of color (majority Black, Afro-Latinx and White-Latinx), and the notion of our groups having a duty to police each other and behave in ways our White Supremacist culture deems as “respectable behavior” is pervasive in our communities.

Respectability politics has always been a problematic construct, mainly because it is based on a lie: that non-White peoples aren’t capable of being smart, hardworking, etc., as our White counterparts. Yet over the decades, non-White folks continue to perpetuate this harmful rhetoric, and it is this same damaging rhetoric ChrisG’s words perpetuate. He even does the typical toxic masculine thing and sizes up Black women to Asian women via his comment about not seeing Asian women put up lots of FB statuses day by day, and his bootstrap rhetoric comment of “being the best I can be instead of being ratchet”. Because in his mind, and the minds of WAY TOO MANY in the scene, only after jumping through different hoops and proving to THEM why your humanity should be recognized do they even do so, which usually involves adopting the same damaging rhetoric as the scene.

As a woman, it’s never been easy existing in traditional male-dominant spaces, where you will be underestimated and objectified at every turn, and have your “nerd/geek/gamer cred” questioned. I’ve experienced it in comic spaces and in arcades for most of my life, whether you blend in with the scene via looking tomboyishly (yeah, I made that up, and I was a BIG tomboy growing up), or accept a more femme look (as I did, in my early to late 20s). In his words, ChrisG perpetuates the notion that overall, women players aren’t as good as men, on top of asserting that Asian women pretend to know some game mechanics, while Black women are just there for sex hookups. Oh, and are RATCHET! Which leads me to…

4. ChrisG’s use of “ratchet” as a pejorative against Black women gamers IS RACIST. AND SEXIST. There’s no use pretending that while “ratchet”, “ghetto”, etc. have been used to describe other ethnic groups, that the word isn’t primarily used as a pejorative towards BLACK WOMEN. So don’t even try to justify it.

Every ethnic group has its uncouth folk. It’s not something endemic or biologically inherent in only Black women alone, or Black PEOPLE, alone. In making his assertions, ChrisG only perpetuates racist and sexist rhetoric that continues holding the FGC back from truly becoming the welcoming space most like to pretend it already is or want it to be. Not to mention, “ratchet” has SO MANY different meanings now, that it’s hard for me to take ChrisG and anyone seriously when they use “ratchet” as a pejorative. Depending on who you talk to, “ratchet” is synonymous with:

There’s been a significant movement to reclaim the word, which I’m here for. Black people, Black women especially, have had others telling us how THEY think we should look and act and present ourselves in a world where Anti-Blackness is its foundation. The world has never been here for Black women, no matter is we’re bougie, nerdy, ratchet, or whatever. This is the main reason why respectability politics is so damaging: it asserts the idea that all we need do is present ourselves the way society deems we should, and our humanity will be recognized. But that’s been proven wrong dozens of times. As we’ve seen recently, with the acquittal of Philando Castile’s murderer, no matter how “respectable” we are or go out of our way to be, we are STILL seen as lesser than and our lives are seen as forfeit. And whether ChrisG knows it or not, his words only perpetuate that very same idea.

5. ChrisG’s “apology” is weak at best, pure garbage at worst. He states that he doesn’t like “agendas”, and only HE knows what he’s talking about in that respect while the rest of us can only assume. I wonder if by “agenda”, he means some boogeyman plot by “fake gamer girls” to get sex from him and other gamers; if that’s the case, or even a real thing, like, dude….there are worse things in the world to worry about! I don’t think he’s sorry about the words he said, more like he’s sorry that he got caught saying what he really thinks about Black women. He seems to have this idea that tournaments and whatnot are only events to play games, not also places where folks convene to socialize, get to know each other, etc. It’s a very desaturated and frankly, irrational way to view the scene.

His “LOL at me being racist” is telling of a person of color who thinks they cannot say, believe, or perpetuate racist bullshit, but make no mistake….that’s all he’s done. And the FGC as a whole will just call his words “tasteless” and not hold his feet to the fire for his racist and sexist comments, mainly because, though they’d deny it, the FGC does think the same of not just Black women gamers, but Black women, period.

It would be great if the scene was just honest about it, and worked to deconstruct that from within.

Foxy Jazzabelle is a Black feminist blogger, critic, and designer who loves all things Vixen, Sailor Moon, and Street Fighter. She advocates for social justice and is passionate about deconstructing the status quo in all forms of media and life.