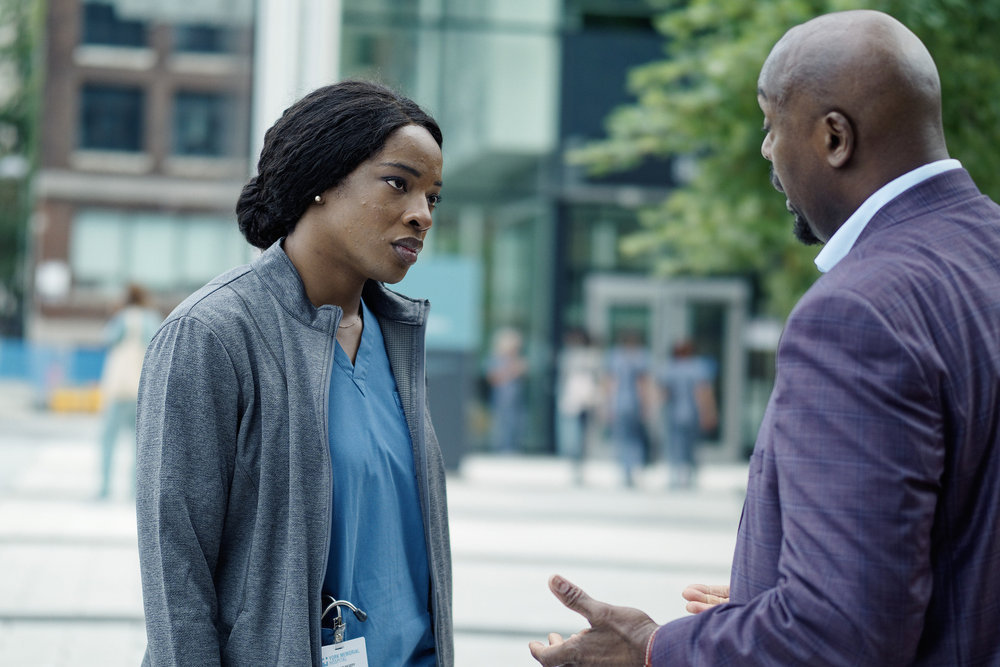 Airing Tuesday, November 17 at 10-11 p.m. ET on NBC is the episode “Under Pressure” on the series Transplant.

When Dr. Bashir Hamed (Hamza Haq, Quantico), a charismatic Syrian doctor with battle-tested skills in emergency medicine, flees his war-torn homeland, he and younger sister Amira (Sirena Gulamgaus) become refugees, struggling to forge a new life in Canada. But if Bash ever wants to be a doctor again, he must redo his medical training from the ground up and obtaining a coveted residency position is nearly impossible.

When a horrific truck crash nearly kills a senior doctor right in front of him, Bash saves the doctor’s life and earns a residency in the biggest Emergency Department of the best hospital in Toronto.

Yet for all Bash’s experience, it’s a tough road. Bash’s training is different, his life experience are unique to him and he’s not an exact match for his new colleagues, who include Dr. Magalie “Mags” LeBlanc (Laurence Leboeuf, The Disappearance), a ferociously analytical second-year resident who pushes herself relentlessly; Dr. June Curtis (Ayisha Issa, Polar), a reserved, ambitious surgical resident whose loyalty doesn’t come easily; and Dr. Theo Hunter (Jim Watson, Mary Kills People), a pediatric Emergency Fellow whose small-town upbringing is cracking wide open as life at the hospital changes his worldview.

The team works tirelessly to save lives and win the approval of the legendary head of the Emergency Department, Dr. Jed Bishop (John Hannah, “Marvel’s Agents of S.H.I.E.L.D.”), all the while managed by sharp-eyed, acerbic Dr. Wendy Atwater (Linda E. Smith, “19-2”) and supported by longtime head nurse, the deadpan, confident Claire Malone (Torri Higginson, This Life).

Through it all, Bash tries to meet the demand of his new country and new job, while trying to pay the bills, raise his little sister and carve out a new life for them both in this unfamiliar land. It’s a journey that’s universal to people everywhere. Bash aims high and is determined to succeed, and those around are quick to see that his passion and hopefulness are contagious. But will his newfound life reject him, or will this “transplant” take?

In tonight’s episode, Bashir provides medical care to a friend reluctant about treatment. Mags treats a young woman with troubling symptoms. June is surprised at the hospital when someone from her past reaches out. Theo treats a young athlete with mysterious symptoms and has to navigate the patient’s complicated family dynamic.

In the following clip, June gets a surprise at the hospital.