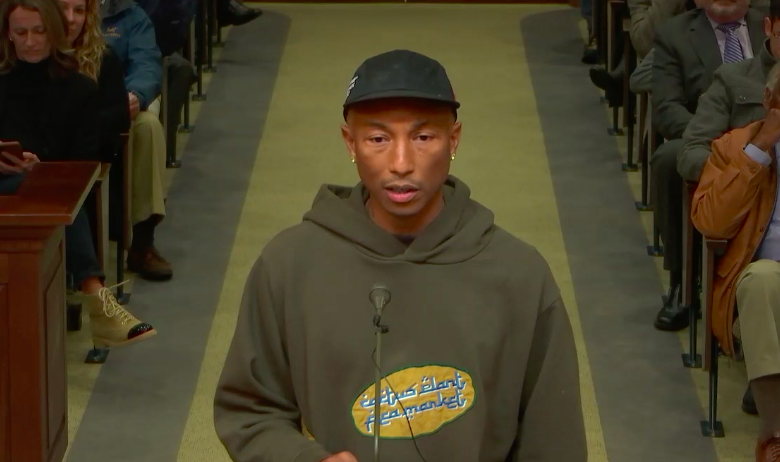 During tonight’s Virginia Beach City Council meeting — media mogul Pharrell Williams made an appearance about the impending dome site and gave some insight about the 2020 Something In The Water Festival.

If you’re not local to Virginia Beach, VA and not caught up on Pharrell Williams’s latest project for the dome site, here’s the story. The entrepreneur scored a development deal with the city that includes a major entertainment complex at the Oceanfront that would cost about $328.5 million dollars.

The city and Venture Realty Group will build a surf park, live concert hall, retail shops, and restaurants at the old Dome Site around 18th to 20th Streets. The old Dome Site concert venue was demolished in 1994. Since then, the area has mostly become just parking lots above Pacific Avenue.

This past April, Williams launched his inaugural music festival aptly titled Something In The Water, the festival brought out some of the best in entertainment including performances from SZA, Travis Scott, Missy Elliott, Diddy, Busta Rhymes, Timbaland, Usher, Snoop Dogg, Jay-Z and so much more. In 2020, the festival will expand from a 3-day event to a 6-day starting Monday, April 20th to Sunday, April 26 in 2020.

During the meeting, Williams disclosed that the festival will have the following schedule during its expanded arts week:

No further details from Pharrell or his team have been released about the event days or the schedule. Today the PR team was scheduled to release the lineup of musical acts for the festival, but that has been put on hold until further notice.

#BGNPodcast Extra – Something In The Water Festival RECAP