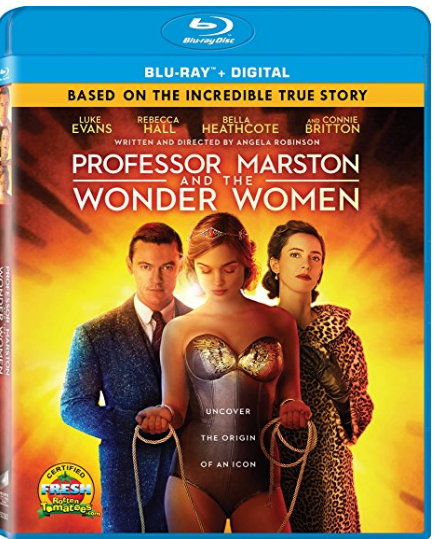 There is an amazing man and even more resilient women behind the creation of the iconic superhero Wonder Woman. Many don’t know there is a hidden love story behind Wonder Woman’s origin, this is why director Angela Robinson felt the need to tell this story in her latest film, Professor Marston and the Wonder Women. Now that the film is on Blu-Ray, Robinson is excited for fans to see the extra footage. Speaking with her for a phone interview, Robinson’s excitement for Wonder Woman, and the Marston family is evident and infectious. I just knew she was smiling from ear to ear, especially when mentioning that Diana Prince is now canonically bisexual.

AR: It’s interesting that for Wonder Woman now, queer is canon. For so long it’s been an open secret from the beginning, but it’s a huge deal for me that that aspect of her sexuality is acknowledged by DC comics.

VC: Knowing that you’ve been researching the Marston family for some time, can you talk about the casting? I mean, Luke Evans is so handsome, but he isn’t the actor who first comes to mind when thinking of Professor Marston. What brought you to two together?

AR: Luke Evans reminds me of the old Hollywood leading men similar to Cary Grant or Harrison Ford. It’s very important to me that Professor Marston has some palpable masculinity to him, that included a sort of rugged intelligence and Evans was able to capture that charm.

VC: Rebecca Hall is one of Hollywood’s most underrated talents. I’ve been obsessed with her since I saw her in Antonio Campos film Christine. Did you have a meeting of the minds before she accepted the role of Elizabeth Marston?

AR: Actually, it was a series of events that brought Rebecca and I together. Amy Redford who is one of the producers of the film was looking to cast Elizabeth. She went to a Sundance event where she ran into Rebecca and they began talking. Amy came back to Los Angeles from Utah and called me right away to say Rebecca Hall is Elizabeth Marston. Using that momentum, I immediately flew to Brooklyn to meet with her. As it turns out, Rebecca is a filmmaker, and writer in her own right, and has been enamored with the story of the Marstons and considered adapting it herself. So when I presented the script to her, she read it and loved it. I was pinching myself knowing she would be on board with the movie.

VC: Bella Heathcote is the fresh-faced newcomer here. I know you auditioned hundreds of young actresses for the role of Olive Byrne. What is it about Bella that stood out for you?

AR: She was quite a discovery. Bella is featured in many different types of films which shows she has the range I needed for the part. After meeting with a ton of actresses, Bella put herself on tape doing some scenes from the movie in her living room, and she blew me away. She has this pristine beauty, and is soft spoken which is what I wanted for the character. Olive is the strongest and most grounded character in the movie and Bella was able to hold the full weight what it means to be a wonder woman. 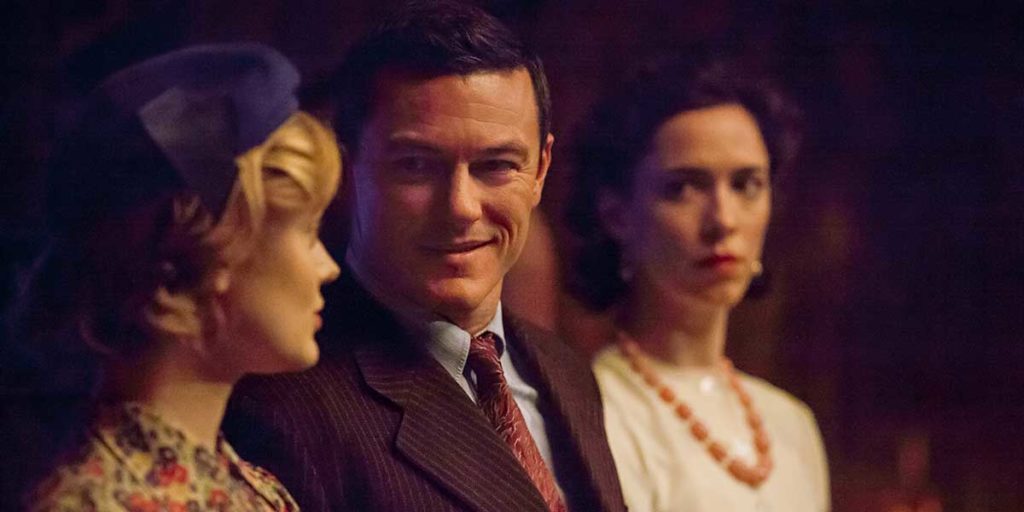 VC: Ah ha! The connection between William, Elizabeth, and Olive, reminds me of the DC trinity. Wonder Woman is positioned in between Superman and Batman—and can be looked to as someone who keeps the balance. Superman (or William in this case), has a hopeful outlook on life, while Batman (or Elizabeth in this case) is the often pessimistic, brooding individual who has difficulty trusting others. Then there is Olive, positioned between the two to keep the balance, and it totally works on screen. It’s something I noticed that I just had to mention it.

AR: I hadn’t thought of it that way, but that totally makes sense. I love that!

VC: Now that the Blu-Ray DVD is on sale (as of Jan. 31), there’s a lot of important behind the scenes footage, and even a little education on Wonder Woman via motion comic. Can you talk about what fans should expect to see on those DVD extras?

AR: So much research went into the making of the movie in all departments. The extras will show the incredible job the crew has done, and an insider look at the directing process of the movie. The motion comic tells the story of the Marston family and the history of Wonder Woman in a way that explores the creation of the comic character. There are also cast interviews that I find compelling. You’ll get to hear about the process and how the three leads became committed to the material and developed that level of chemistry.

VC: Did you anticipate the positive reception the film received from the queer community? Professor Marston and the Wonder Women is poised to become a cult classic, so I’m wondering if you anticipated the thunderous applause?

AR: I was blown away with how many people saw the depiction of the polyamorous relationship as positive. At first, I wasn’t sure if the film reached the community the way I expected it to by way of the theatrical release, but I wanted queer people to know this film is for them. I am so grateful for the GLAAD nomination and I hope in the blu-ray release reaches more people.

VC: One thing I want to talk about that is unrelated to Professor Marston and the Wonder Women is your initiative of 50/50 by 2020. I wanted to know more and amplify that to educate others on this movement.

AR: The 50/50 by 2020 initiative arose out of necessity. Participating in the #Timesup and #Metoo movements, Jill Soloway gathered a group of us to advocate for this notion of 5050 by 2020 for Hollywood. This is in an effort to restore equity and balance in an intersectional way. Right now we’re looking at incoming hiring to measure internally where companies can look at themselves and check the balance.

VC: So this is a form of quality assurance…?

AR: Historically, workplaces are occupied by 50 percent white men, and the other 50 percent make up white women, and people of color who have to battle it out for balance. This is counterproductive. Women are not diversity. Women are 51 percent of the American population, so the goal is to make our places of work look like the racial makeup of this country. We’re working on a calculator so that any company, not just Hollywood can use this technology to determine their problem areas.

….And there you have it folks. Be sure to pick up a copy of Professor Marston and the Wonder Women, out on blu-ray and in stores now!