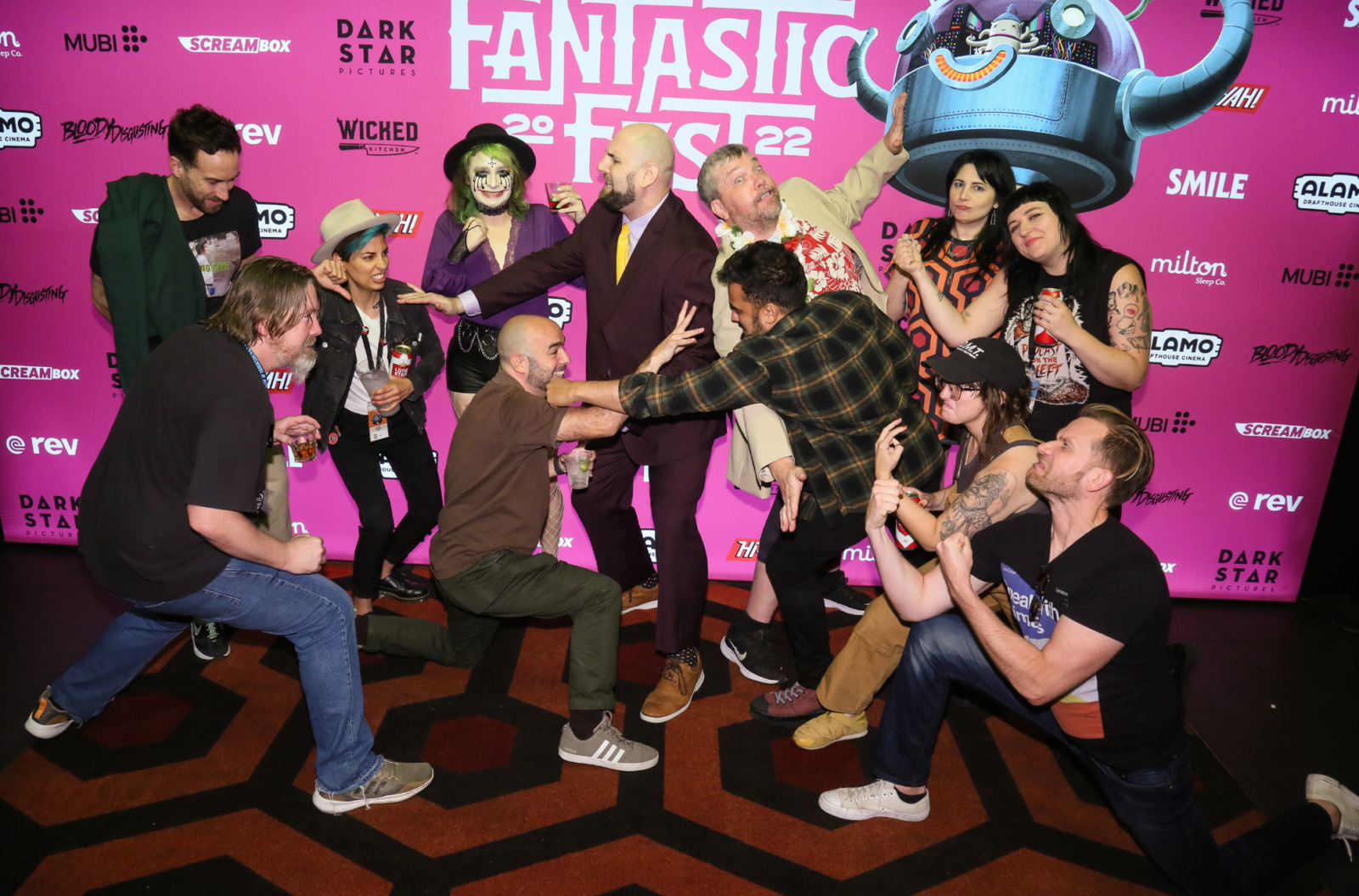 This past week, Fantastic Fest returned once again and took the film community in Austin, Texas by storm.

Another notable mention and well-received film is Luca Guadagnino’s Bones and All, starring Timothee Chalamet and Taylor Russell. Bones and All is set to premiere on November 23, 2022, and the festival screening had one industry lead tweeting:

“I knew I’d love it but #BonesandAll just became my favorite movie of the year. What a beautifully heartbreaking cinematic experience. Both Taylor Russell & Timothée Chalamet are exquisite & Luca Guadagnino is a true master storyteller. #FantasticFest”

So, what did you miss?

Luckily for you, BGN got the inside scoop. Check out some of our film reviews below:

Visitor from the Future (premiered September 7, 2022)

Fantastic Fest officially kicked off on Thursday, September 22, 2022, and yesterday marked the end of the legendary film festival. The quirky, fun event was perfectly suited for Austin’s renowned love of all things weird.

If you’re new to Fantastic Fest, you’re not alone. It was my first time, too!

Historically, Fantastic Fest has always been a genre festival. The event typically caters to cult-classic crowds and hosts films from all over the world. Whether it’s action, fantasy, science fiction, or horror, Fantastic Fest has advocated for productions big and small. In fact, the festival has even been the host of world premieres for huge fan faves such as John Wick, Zombieland, Bone Tomahawk, and Frankenweenie.

How do films get selected for screenings at Fantastic Fest?

In their own words:

“The festival is dedicated to championing challenging and thought-provoking cinema, celebrating new voices and new stories from around the world, and supporting new filmmakers. We work with various other festivals, archives, cinematheques, and individuals to spotlight lesser-known film regions, luminaries, and more in an ongoing effort to expand the general knowledge and appreciation of cinema.”

“We’re committed to supporting film in its most provocative, ground-breaking, and underseen forms, and giving the audience a chance to find new favorites and future genre classics. Each year we bring together fans, guests, industry, press, and others in an inclusive and fun environment for a weeklong celebration of film in all its forms through carefully curated screenings and events, both in and outside of the theaters.”

ALSO READ
Need to Know What Black Films Are Playing at Sundance 2023? We Got You Covered!

Although Fantastic Fest has been held for almost 20 years, it sometimes goes under the radar even amongst the most avid movie fanatics. I was surprised that it has historically been hosted at the Alamo Drafthouse since 2005.

Why the Alamo Drafthouse?

Well, it turns out that one of the founders of Fantastic Fest is none other than entrepreneur Tim League. Tim is the founder of the Alamo Drafthouse Cinema chain and Drafthouse films. As an Austin native and local film producer, it’s no surprise to see why Fantastic Fest calls Austin its home.

Also, can I just say that if you haven’t had the herb parmesan popcorn at Alamo Drafthouse…you are SERIOUSLY MISSING OUT! I mean, was nobody going to say anything until I went??! My gosh!

Who is Fantastic Fest for, and is it worth attending?

If you love movies, ABSOLUTELY!

If you desire the opportunity to be one of the first to see specially curated indie films and big-time productions, YES!

If you want to support up-and-coming directors, artists, writers, and creatives, HECK YEAH!

If you want to connect with super down-to-earth industry professionals and fellow movie fans, THIS IS FOR YOU!

If you’re a horror or sci-fi fanatic who wants variety, NEED I SAY MORE?

If you’ve been waiting to explore diverse international films and documentaries without the added expense of flying internationally to attend large-scale festivals, COME ON OVER!

If you couldn’t tell, Fantastic Fest 2022 was a major success. This first-timer had an absolute blast! It was quirky, humble, fun, and full of wonderful surprises. My favorite film was The Visitor from the Future – HANDS DOWN! I hate to admit it, but it was actually the movie I had the lowest expectations for when I walked into the theater to take my seat. However, within three minutes of the movie starting, I was immediately enthralled and laughing in tears.

Goodness, even writing about it at this very moment brings a fond smile to my face! It’s safe to say I am obsessed with this hilarious French comedy and it was my personal standout winner of the event!