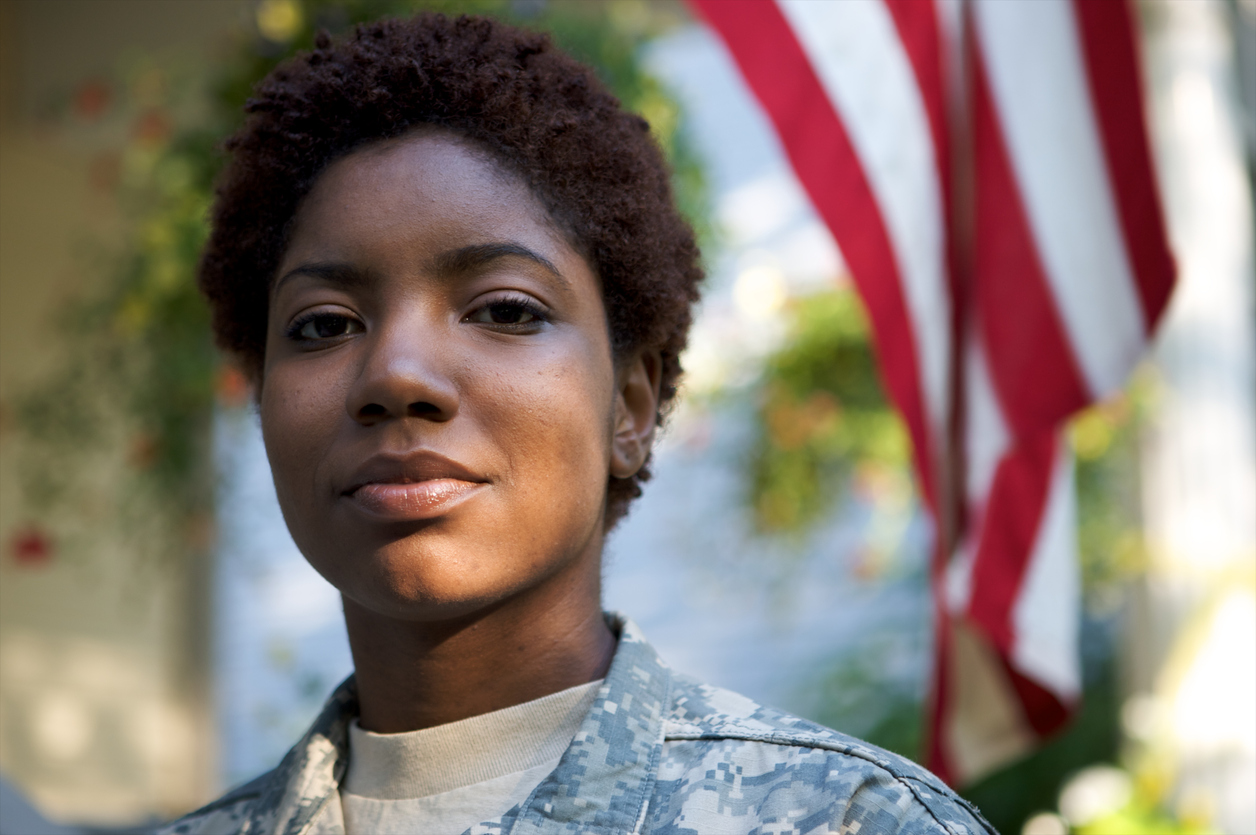 Veterans Day is set aside on November 11 to honor and celebrate the men and women who have served in the United States Armed Forces, selflessly protecting us and our country. We salute and honor all of you.

For centuries, Black men and women have bravely fought in times of military war and conflict for the U.S. They have bravely laid down their lives despite racism and discrimination. They have been denied recognition, promotions, and Medal of Honor awards.

During World War II, Americans were eager to enlist in all military branches to serve their country. Black women wanted to serve too. Dovey Johnson Roundtree was one of the first Black women officers, who worked with Eleanor Roosevelt, Congresswoman Edith Nourse Rogers, and Mary McLeod Bethune. Together they drafted the Women’s Army Auxiliary Corps (WAAC) resolution that was presented to Congress. In May 1942, with the WAAC in place, the War Department announced that it would follow Army policy and admit Black women.

Before recruitment and training even started, Black women faced discrimination. Applications for the first commission of officer candidates became available, and many Black women who applied were turned away on the spot simply because they were Black. I can only imagine the level of discouragement, yet, they persisted.

The first class of officer candidates consisted of 440 women — 39 of whom were Black. Not only did Black women face discrimination but also segregation from within. Black WAACs were in a separate company from white trainees and had separate lodging, dining, and recreation areas. At the end of the training, only 36 Black women of the 436 WAACs graduated with the rank of third officer.

For years, there has been speculation that the military actively targets and recruits Black women with job training, benefits, and financial means to pay college tuition. These perks would be attractive to men and women of all ethnic and racial backgrounds, so why are Black women disproportionately represented above other groups?

Joining the military is one of the toughest decisions for anyone to make. Like me, many Black people come from families with a long tradition of military service and choose to enlist because of that very fact. After graduating high school, I planned to attend my dream HBCU. However, my parents couldn’t afford it. As a 20-year Army veteran, my dad suggested that I enlist. He made his case that I could pay for college, travel the world, and learn new skills that could transfer into the civilian world. All I could visualize was getting yelled at, doing grueling pushups, and running until I threw up.

The two years I spent after high school trying to work and save money was a dead end. I was frustrated, yet couldn’t come up with a better plan. So, I went back to what my dad and I talked about. The next thing I know, I’m on a plane to Fort Jackson, South Carolina, for basic training. I served eight years and could do everything my dad said I would and more.

The public perception of Black women in the military does not resonate with the same dignity, esteem, and respect that other veterans receive. They suffer from ignorant stereotypes and are more likely to need support to be successful once they separate from service. They often don’t even receive the simple acknowledgment that they even served our country. No, this would not be the only thing needed, but it would be a way our society can begin to transform its thinking.

As a group, veterans suffer high amounts of personal, social, and economic difficulties. Nearly 40,000 veterans are homeless, with nine percent of which are women. One study suggests that well over 60 percent of homeless women veterans are of a racial minority, with Black women comprising 90 percent of that number. There is a disturbing level of PTSD, depression, anxiety, and the results of being sexually assaulted while on active duty.

Black women who have served our country are incredibly tough-minded people, just like all veterans are. They are not more fragile and definitely no less adaptive. They don’t require special treatment. They deserve the same recognition and respect as their counterparts, with support and care appropriate to their experience.

I remember the 20-year-old me taking her first plane ride to basic training; sitting there convinced I had made the biggest mistake of my life. I was scared. It was the first time I had been away from home — the first time I had been challenged to do something beyond my comfortable little box. I really had nothing to lose. So, I took a deep breath and gave it all I had. It worked out for me in ways that I didn’t see coming. Of course, I experienced my share of challenges, discrimination, and situations that could have been quite bad. Despite it all, I am proud to have served my country and actively support other Black women that have done the same.

Black women are serving in the military in record numbers and need support once they return home to address readjustment and even health issues. The U.S. Department of Veterans Affairs has a wealth of resources; specifically for women veterans. All women veterans should have equitable access to the benefits they have greatly earned.