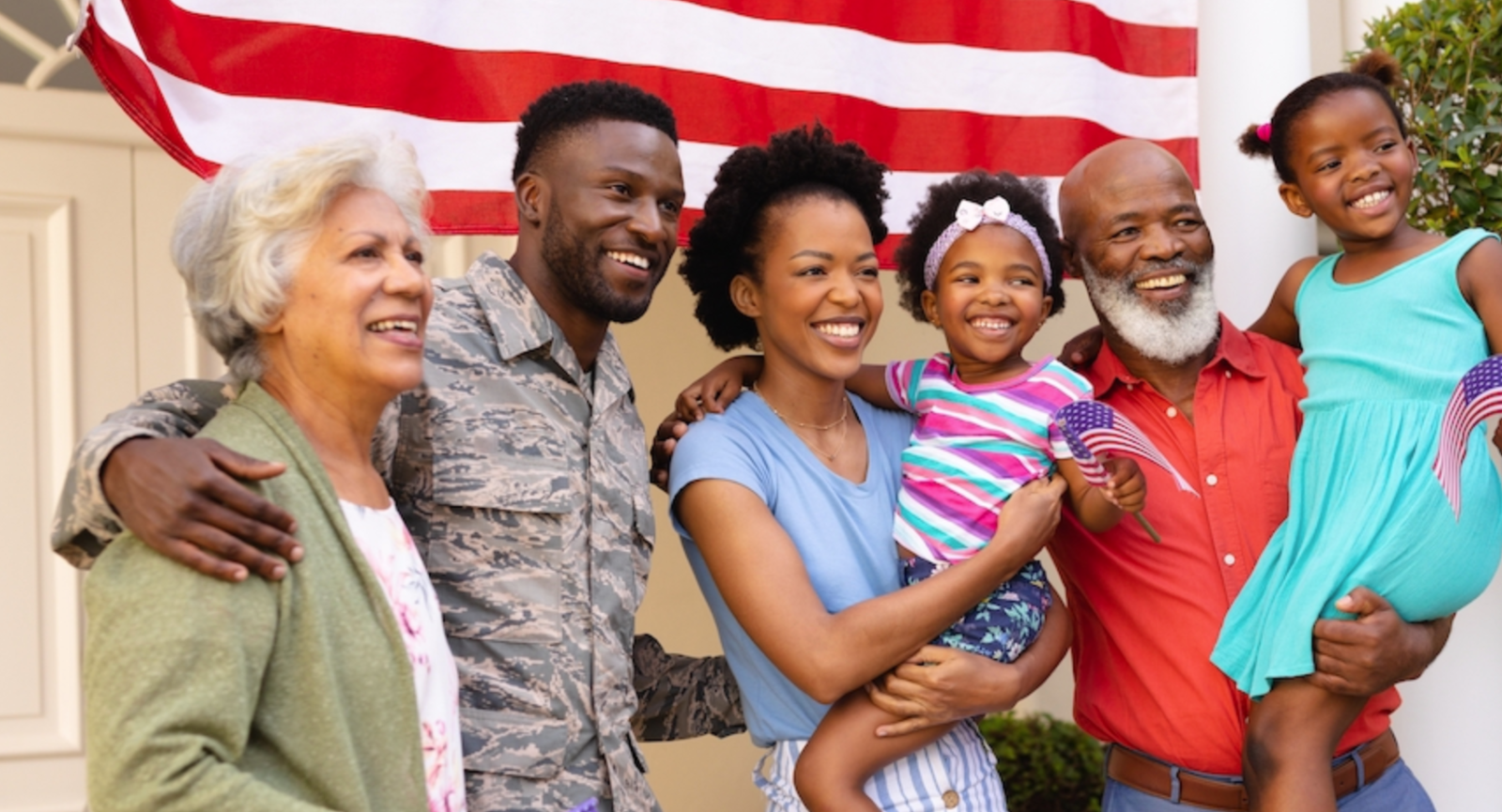 During the height of the Vietnam War, a group of military spouses connected around a kitchen table intent on finding ways to support their newly widowed sisters and their children. In the midst of political chaos and social change, these brave women started a movement that would evolve into President Barack Obama’s designation of November as Military Family Appreciation Month in 2009.

From the inception of the United States, African American families have been a vital part of the military. During the American Civil War, enslaved Africans were conscripted by the armies of the North as “contraband” and forced to work as soldiers, while conscripted enslaved Black women were forced to work as military support as cooks and laundresses. As always, Black Americans figured out how to work within the system to disrupt that system and advocate for their freedom, which changed the landscape of this country. During the 20th century, Black soldiers were a vital part of both World Wars I and II, the Korean War, the Vietnam War, and every military conflict since.

For many African American families, military service has been an option to gain access to resources and education that provided a pathway to home ownership and generational wealth. Oftentimes the stories of Black families in military service are connected to injustice. Those stories are important and relevant to hear, but they are not the only experiences out there.

The military has been one of the first integrated spaces in America where Black families have had equal opportunity and access to housing, healthcare, and resources that are the foundation of wealth and opportunity. But every few years, you are required to pick up and move to new  areas of the world. Just as you find your bearings, you have to move again. But the wonderful aspect of being part of a military family is the opportunity to be exposed to different cultures. Some of the most fully racially integrated communities exist among the enlisted women and men in the military.

I come from a military family. My eldest living uncle served in WWII, and at 96 years old is the last living WWII veteran from St. Thomas, U.S. Virgin Islands. My dad went into the military right out of high school and served in the Korean War. He retired from the military when I was very young, but I grew up in the shadow of my elder siblings, who spent their elementary and middle school years living on Air Force bases in Europe and Asia throughout the 1960s and early ’70s.

Being a military family required sacrifice. In my family’s case, for example, in the late ’60s my father was given the choice for the family to be stationed in Kentucky (where my elder siblings would have had to go to segregated schools) or Turkey (where soldiers’ families were not allowed to accompany them in country so he would be separated from his wife and kids for two years). My siblings had lived on military bases for the majority of their lives and had always gone to integrated schools on military bases. My parents made the tough choice to live apart during that time so that their children would be spared the trauma of the Jim Crow South. After that tour, my dad was sent back to Japan where the family joined him and I was born.

Military families are a special breed of people. When someone feels called to protect the nation as a warrior, there is a unique combination of humility, valor, and bravery that is required not only on the part of the individual who signs up to be the soldier but on the part of the entire family unit. Military spouses are quite incredible human beings. They develop the skills to pack up and move a home on a moment’s notice and integrate the family into a new space several times during a decade, all while being able to guide children through a life where they are in the same school for one or two years at the most.

Being a military kid gives you the ability to be independent, flexible, and adaptable, and you have a unique community filled with people from all over the world. When you are stationed in Europe and Asia, you’ve got access not only to the gated community on the military base but to the larger world around you. Being able to spend two years stationed in various countries allows a wider view of the world than you’d ever be able to experience on two-week vacations or school trips.

Military families have always been able to rally together to support one another through the triumphs and the challenges of military life. November is a month dedicated to gratitude. As we celebrate family, save a blessing for the soldiers who protect our freedom and to the military families who lovingly care for, nurture, and support the warriors who keep us all safe.