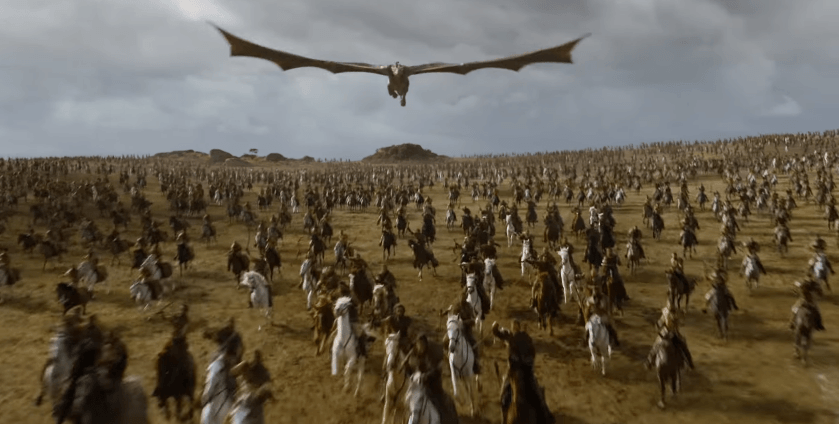 I watched Game of Thrones this week and realized that the storylines were just like American politics in real life. I also realized that, through the live-tweets, reflections, and recaps, America is coping with our horrible political situation through the fantastic parallels played out every Sunday night this summer. GoT is therapy for America right now.

My favorite scene of the show was when Dany sat on that rock after showing all of High Garden and the Lannister armies what her dragons could do. Despite her power, and her compassion, the Tarlys refused to “bend the knee” and follow Dany’s army. Despite her reputation for freeing slaves and awarding excellence over heritage, the Tarlys refused to call her reign a just one. Instead, Lord Tarly called her army of Dothrakis “savages” and Dany herself a “foreign invader” despite the fact that the woman has been working her ass off to help the people and to prove herself, yet her achievements have been overshadowed by the myth of her birth and the nationality of the people she associates with. Sound familiar? 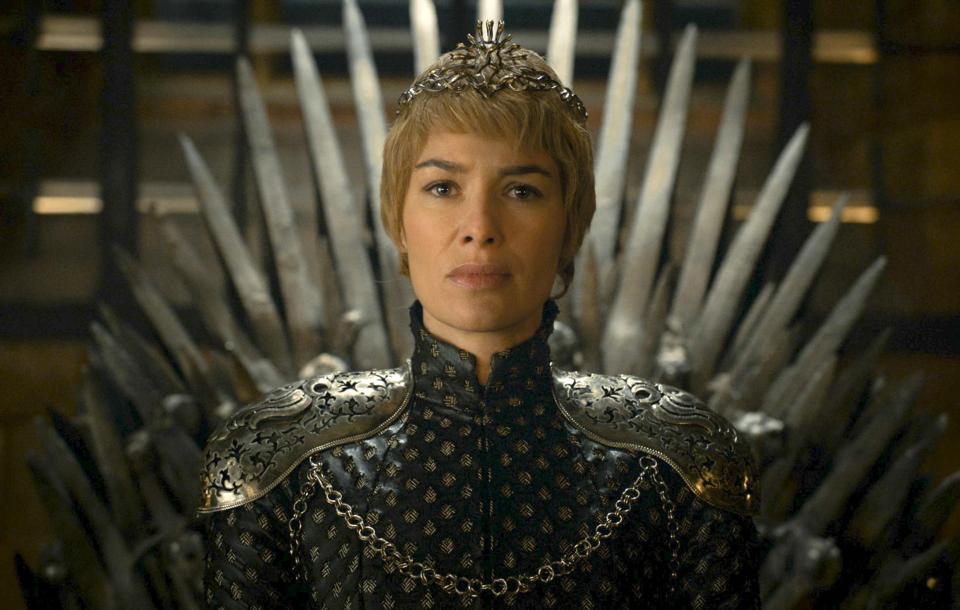 Meanwhile, you got Cersei who has held a grudge and killed people over lies, despite the propaganda game she so expertly plays to her advantage. She manipulates the truth like fingers on guitar strings, plucking the tune that best incites a riot or guarantees that her best warrior stays by her side. Sound like somebody you know?

Then, you got poor Jon trying to tell everyone that a certain type of vicious people exists and these people are invading the country they all live in. He can’t seem to get anyone to listen. They haven’t “experienced” these people or their behavior, so the majority of Westeros laughs and says they don’t exist. Meanwhile, the dangerous race is gathering, chanting, and waving their Tiki Torches — I mean weapons, waiting to invade the country and spread their walking death to anyone they come across. Yes, give these people too much of your time and they will make you one of them. See where I’m going here?

In America today, this summer at least, it seems that winter has come once again. By winter, I mean the dark time in American history when people were persecuted, discriminated against and even killed because of their skin color, gender, and sexual orientation. During the past forty years or so, all that hatred was pushed under the surface, becoming a part of society that was so ingrained that many people forgot it existed. Several organizations and enterprising politicians have worked very hard to push that hatred closer and closer to extinction. Affirmative Action policies, same-sex marriage equality laws, and even policies that strengthen the wealth gap between the races and sexes are but a few positive steps that America has taken to push the systematic inequalities back to the shadows where they belong. Our new leader brought them back into the light.

With everything going on in American politics and the way some of it mirrors real-life, I can see why so many people are into the series. Besides the obvious (Dragons! Duh!), the show allows the viewers to live out some of their fantasies involving our current political situation. The Wights are that racist underbelly that everyone thought was banished to the fringe of American society. Others never thought they existed at all. Now, however, they have assembled and are marching on the wall in an effort to take over Westeros. Meanwhile, the two parties at war in the capital are so consumed in their own grabs for power that they dismiss Jon’s warnings. He’s been saying all along that the Wight Walkers are coming and is laughed at, called crazy and disturbed. 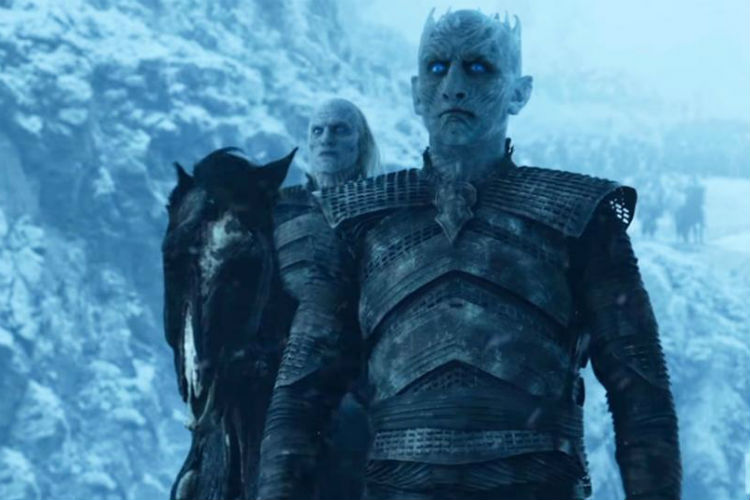 And speaking of the two warring factions, take a closer look at Dany and Cersei. One fights with gold she stole and borrowed from the big banks. She is also ruling based on heritage alone—based on the reputation of her family name. Her goal is to keep the classes intact and continue ruling the kingdom where she is rich and worshipped by all. Cersei is old money and well versed in how to play the game of thrones. Sounds like a Republican, doesn’t she?

Dany, on the other hand, had a grassroots campaign of people who were previously ignored and left out of the entire political process. Her armies are called savage because the Dothraki do not live like the Westerosi. The Unsullied Army were once slaves who were no more than property to the likes of Cersei and her ilk. She is not afraid of them because they are deemed subhuman. Dany wants to fight to free the people, give the land and riches back to the people and break up this dynasty built on inheritance and bad politics. Her children are misunderstood and often seen as monsters. Working mom and politician Dany sounds like a Democrat.

These fights over political ground are won/lost as they battle daily. However, missing/ignoring the racist Wights until it is too late. Now, just like the Nazis and White Supremacists came out in Charlottesville, the Wights are advancing in the country. They are armed, organized, and primed to do some real damage. We had an opportunity to exterminate them before they became such a force to be reckoned with, but no one wanted to admit that racism, I mean Wight walkers, existed or even could become a threat.

So, we watch week after week, hoping for Cersei to fail and Dany to win because that means we have some hope in our own world that seems to be going to help in a handbasket. We needed her to burn the Tarlys to prove that the era of nepotism and privilege were over. In its own way, GOT this summer is like therapy — with dragons — for millions of fans.

Let’s hope that next week’s session is a productive one.