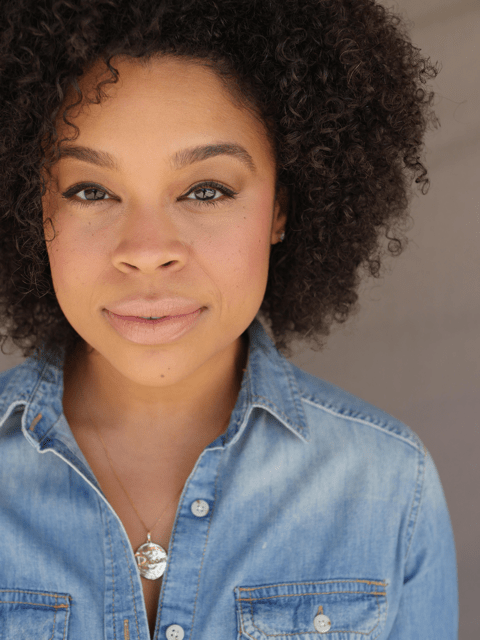 The New York native stars in Gentefied, a new comedy from Netflix and America Ferrera, set in East Los Angeles. We got to talk on set during the last days of filming Season 1. Calderon shared what it means for her as a New Yorker to be a part of a show that takes a genuine look at gentrification, as well as how she stays motivated as an Afro-Latina working in Hollywood.

Do you feel Afro-Latinx characters on the East and West Coasts have the same level of visibility in media?

Not at all. That’s why this show is unique. We’re finally seeing this Dominican girl, this Black girl, who’s also Latina, in East LA. It’s not common. When I first moved here, I was like, “Where are my people?” I moved here from Miami, and I thought it’d be the same. I wasn’t aware there wouldn’t be any of us. It was very much a culture shock. It feels full circle now to be in this position, playing a Dominican girl, an Afro-Latina, in East LA.

How much of the storyline mirrors your personal experience?

Yessika [my character] and I came to LA at two very different stages in our lives. She went as a teenager, and I arrived five years ago as an adult. But, our mindsets were similar. She’s thirteen, but looking at the script and seeing how she talks, its clear she’s way ahead of her years. She was a little skeptical when she first got to LA, and you see it play out. At first, she wants to go back home because she doesn’t see herself represented here. That’s very much how I felt. There weren’t bodegas or Dominican hair salons. I didn’t see any Dominican people, Puerto Ricans, no Caribbeans. She saw the same thing when she got here, but then a girl kept her here. For me, instead of a girl, it was my career. It kept me here. So we both have something that we love that made us decide to stay and stick it out and see what happens. Now we both love it.

Exactly. So my character is Yessika Flores. She’s the lead character Ana Morales’s girlfriend. She’s very similar to me; we’re Dominicans who moved here from New York. Yessika came as a teenager. She submerges herself here, and the community becomes hers. She’s also an activist and an “fu*k the man” type of girl. She knows who she is and is very honest about it. She’s young but very much aware of what she wants out of life.

Do you feel like your work at “Pero Like” on Buzzfeed influenced the visibility of Afro-Latinx people?

Absof*ckinglutely. That was my only goal. Growing up, the only person I saw, who I continue to love and always uplift, is Celia Cruz. Here’s this Black woman, Cuban, who’s so proud of her Latin Carribé, she owns her roots, but she was the only representation I had. On “Pero Like,” I just thought I’d make videos, but sure enough, I had to talk about things that were authentic and true to me. Being Afro-Latinidad is who I am, so it just came out naturally. I got so many DMs and still do from people who say, “Oh my god, I finally see someone who looks like me.  You’re doing a great job.” So at first, I didn’t know that’d be my trajectory, but once it happened, I gladly owned it.

What’s your stance on the gentrification?

F*ck gentrification. You know my family comes from New York. In my mom and grandma’s building in Washington Heights, you see white people, whereas before the whole town was the Dominican center. Everyone was Dominican. It’s a very odd feeling now, but the problem isn’t that there are white people. That’s fine with me. That’s cool. But you also got to embrace the culture. It’s not because they’re coming in and the rent is getting raised and all these other issues, it’s not because of that. It’s because they want to change it all up, instead of embracing us.

What do you hope your character inspires in young people like you?

I hope that it gives every Brown and Black girl the confidence to find their voice. Yessika’s definitely no-holds-barred and very confident in who she is and what she stands for. She’s not going to check any boxes. But if she has to, she’ll check them all. That’s just who she is. She wants Anna to find her voice, whatever it is. Yessika isn’t a person who judges, but she wants to make sure that whatever your voice is, you stand by it one hundred percent and embrace your people. That’s a big deal within the show, owning your pride and Latinidad. Everyone’s so proud of being Mexican, from East LA. We’re smart; we’re resilient; we own who we are.