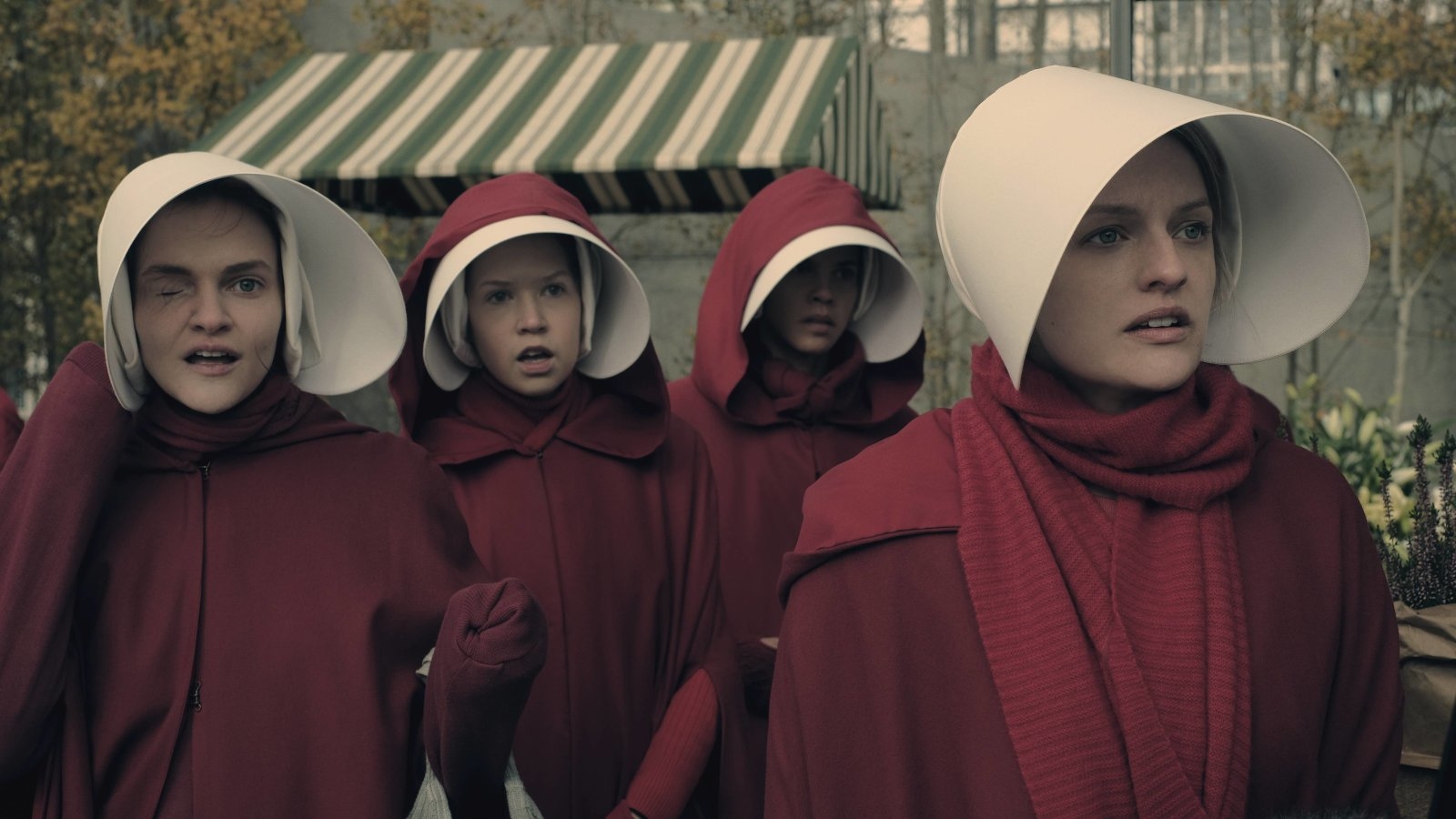 In a totalitarian society in which the majority of humans are infertile, the Emmy-winning drama The Handmaid’s Tale follows June Offred, who is separated from her husband and child and forced to serve as a handmaid to Fred Waterford, a high-ranking government official. June must take part in a “ceremony” in which Waterford reads a Bible verse before sleeping with Offred in front of his wife, in hopes that Offred will eventually bear a child for the family.

There is no question as to why the show is a hit  — The Handmaid’s Tale’s world of tyrannical politicians, rampant prejudice, and economic uncertainty mirrors the times we live in. It’s one of the most thought-provoking adaptations of a dystopian novel of our time, but you don’t have to visit a local theater to tune in. Fans of The Handmaid’s Tale can revisit Gilead on April 25 as new episodes of the hit show are released on Hulu.

The final episode of season one left us on the edge of our seats as we watched a pregnant June being escorted off the Waterford’s property in a black van to an unknown fate. Is she being driven to a safe haven by members of the Mayday or is she being transported to her doom by The Eyes?

The end of season one left fans with more questions than answers. Here are a few I would like answered in season two:

Will we ever get to see The Colonies?

Full of pollution and radioactive waste, The Colonies are an often-mentioned and never seen area of Gilead. Getting sent to The Colonies is seen as a death sentence, but will we ever see The Colonies? For all we know, the colonies have been overthrown by hoards of zombies by now —  anyone up for a Walking Dead crossover?

How does the world view Gilead?

In season one, episode six, we get a glimpse of the how the rest of the word is doing when Mexican trade delegates visit the commander to learn more about the handmaids. We learn other countries are considering fighting fertility problems in a similar fashion, but that there is concern about the ethics of the program. While we know Canada is accepting refugees from Gilead, we don’t know if there are any global forces willing to challenge the powers that be by advocating for Handmaids and other servants, or if most of the world is far too concerned with their own issues to interfere in foreign affairs.

Hows does race play out in the world of Gilead?

The idea of women being forced to cook, clean, sleep with others without consent, and endure physical harm or death if they do not stay in line is not some horrific, unforeseeable future but a page of America’s past and present. Maybe Hulu’s producers felt attaching a white face to a story that is essentially about the rebranding of slavery in America would attract more viewers, seeing as Black women in Hollywood rarely get the opportunity to play “the everywoman.” The Margaret Atwood novel that serves as the shows source material briefly mentions the “resettlement of the Children of Ham.” It is revealed that black people were sent to work in the Midwest. In the Hulu adaptation, Offred’s husband (O. T. Fagbenle) and her best friend (Samira Wiley) are African-Americans, but the show doesn’t explore how race plays into the world of Gilead. Hopefully, season two, which diverts from the book’s source material, will dive into the topic more.

Be one the lookout for episode-by-episode reviews of The Handmaid’s Tale season two. In the meantime, don’t let the bastards get you down.

Keshia Smith McEntire is a multimedia storyteller residing in Indianapolis, Indiana. Her nerdy interests include reading too many books and watching too much Doctor Who. You can follow her on twitter at @Keshiamc12.