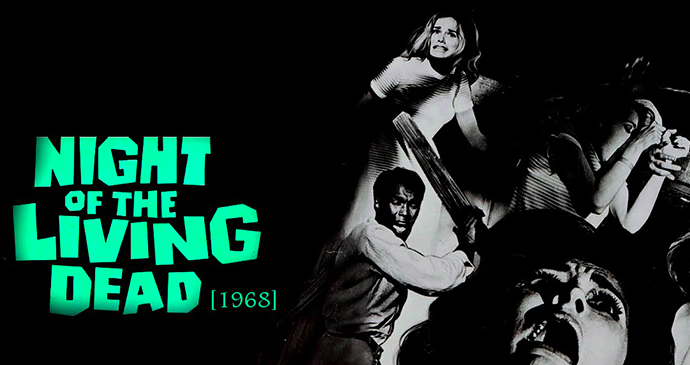 “They’re coming to get you, Barbara,” Johnny (Russell Streiner) taunts his nervous sister (Judith O’Dea) while visiting the cemetery where their father is buried. What starts as a harmless prank quickly escalates when a strangely behaving man shambles toward the siblings. The man attacks Johnny, killing him, and Barbra narrowly escapes into a horrific nightmare as more of the living dead attack the actual living.

In 1968, George Romero’s Night of the Living Dead hit cinemas, the first of its kind and a piece of art that continues to affect the entire landscape of American film even now 50 years later.

Night of the Living Dead was so far ahead of its time, Hollywood is still trying to catch up. Romero cast a sympathetic Black male lead as the hero of the story — whose tragic end at the hands of a white vigilante mob resonates on so many levels, even now. Ben (Duane Jones) is strong, but also sensitive and vulnerable, and he’s not here to take any crap from anybody even though the entire rest of the cast is white. Back then (and even to some now) a Black man in this kind of role was an act of open rebellion and revolution. In Eli Roth’s History Of Horror, horror scholar Tananarive Due says, “I might contend that for some viewers that was as scary as the child eating her mom in the basement!” Romero forced white audiences, in particular, to identify with a Black man as an equal, not a slave or “the help”.

This movie was the first to overtly show how horror stories could be used to expose social and cultural commentary with an openly political message. In many ways, the medium of horror itself — one that transgresses social and cultural boundaries with wanton abandon—was the perfect vehicle for an allegory about the American civil rights movement as well as the gruesome war in Vietnam.

Over the years when asked about this casting decision, Romero insisted he cast Jones because he gave the best audition. But when we look at Romero’s follow-up Dawn of the Dead in 1978 and his open criticisms of consumer culture as reflected in the sequel, I wonder how honest he was about that.

Where Night of the Living Dead is shrouded in the shadows of black and white film, leaving so much to our imagination, Dawn of the Dead is quite the opposite. Like Dorothy opening the door from her humdrum Kansas life into the technicolor of Oz, Dawn of the Dead displays its zombies in the glaring light of day and mall fluorescents. The social commentary also ramps up from subtle to right in your face.

Dawn of the Dead opens in a low-income apartment complex, inhabited by mostly Black residents. The complex is under attack by police because of suspicion residents are hiding zombies in their midst. Which they are. They don’t want their family members killed. They don’t understand the threat, because nobody has properly explained it to them. And from this structural violence that ends in a barrage of gunfire, we move to a group of survivors held up in a shopping mall that is slowly overrun by zombies.

Romero’s scathing critique of mindless consumerism and how the Baby Boomer generation sold out all their values — is as brilliant as casting a Black hero in Night of the Living Dead. While the gore and shock value have exponentially increased in the 10 years since the first, so did the social commentary. Special effects legend Tom Savini got his start in Dawn of the Dead and used his skills as a combat photographer to create the first photorealistic zombie attack scenes ever put on film. A product of the Vietnam War that Romero slyly critiqued in Night of the Living Dead, Savini brought a new level of intensity to this social and cultural allegory about the end of American civilization as we know it in Dawn of the Dead. We no longer wonder what those zombies would look like in real life. Their grey skin, exposed wounds, and shark-like black eyes are on full display. The seemingly-innocuous backdrop of a shopping center serves as a stark contrast to the social breakdown evidenced in the zombie hordes going up and down the escalators as they would have in life.

By 1985’s Day of the Dead, Romero’s apocalyptic trio reached an apex. Seven years later and the zombie wars have been waged. And lost. The remaining humans live in bunkers under a violent military rule as scientists still try to find a cure. Once again, Romero’s social commentary is on point. The monsters in this film are no longer the zombies, who are being tortured and experimented on. The villains of this story are the sadistic soldiers who clearly enjoy inflicting pain on anyone they can, not just zombies.

I first saw Night of the Living Dead when I was five or six. It wasn’t my first horror movie, but it was the first horror movie that wrapped social commentary into a scary story. And that notion sparked my imagination like nothing else. Even now when I write a scary story or horror novel, the first thing I consider is: What is the social justice message wrapped in this parable? What social issue(s) am I critiquing? And are there solutions I can offer the problem(s) within my story? I call it The Romero Test. When I’m watching movies and television — not just horror — I always apply this test. Stories that don’t have a strong and well executed social justice message won’t resonate with me. This is thanks to George Romero’s exceptional films.

It’s been 50 years since Night of the Living Dead. Since Dawn of the Dead another 40. Yet these movies feel as alive now as they were back then. Without these two seminal horror movies, we certainly would not have other zombie phenomenons like The Walking Dead and upcoming Overlord. We also wouldn’t have so many other non-zombie horror movies that specifically exist to examine social justice issues within the framework of monsters, terror, and societal upset, like Blade and Friday the 13th Part 7: The New Blood. 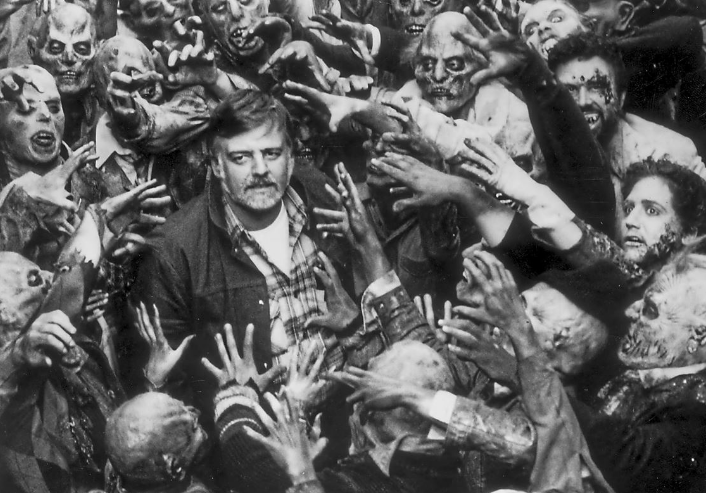 For half a century, George Romero deconstructed American society through zombie allegory. He put up a mirror to the ugliness that simmers under the surface of this nation, and he dared us to keep looking. He encouraged us to see the truth behind the fiction. The zombies of Night of the Living Dead reflected those times, just as their descendants in movies and television now reflect how much has changed — and those same pressure points of race, class, and politics that haven’t in all this time. Maybe in another 50 years, they finally will.