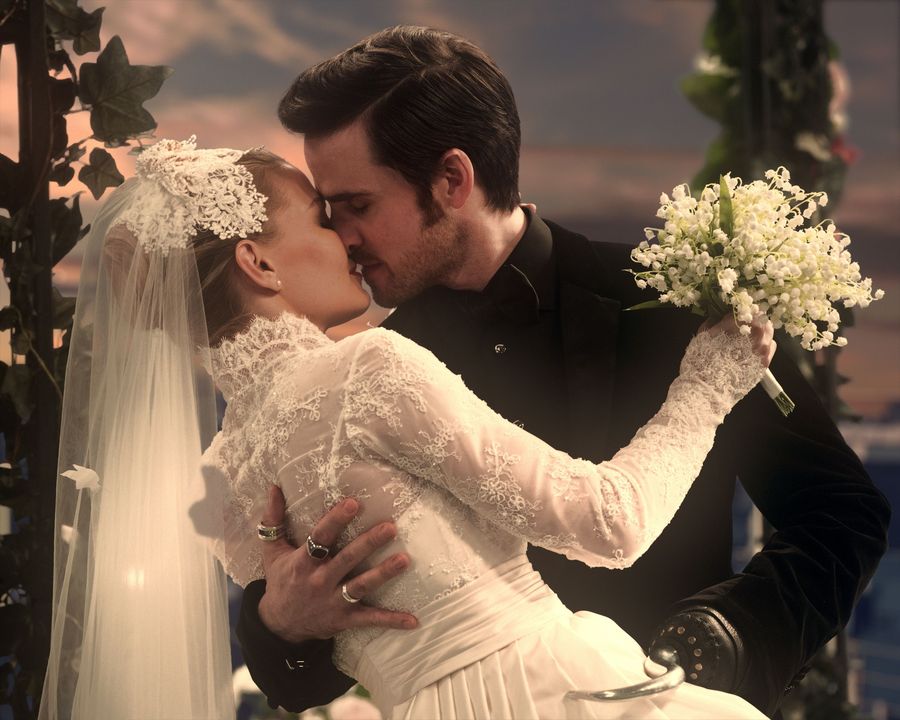 Who doesn’t love the combination of singing and Disney? It turns out, a lot of the cast members have pretty good voices. In Once Upon a Time’s “The Song in Your Heart”, everyone from the Enchanted Forest got in on this musical episode. Even a young Emma got in on the action.

I was wondering how Once would incorporate songs without the show becoming a cliché. I like how an evil cure was the reason why everyone was singing. The first flashback to the enchanted forest with a chirping bird in Snow White’s window made me nostalgic for the Disney animated version. When Prince Charming burst through the doors singing about how he was singing and sounded good, I fell out laughing. The episode started off kind of corny but later dove into the heart of the matter with great spirit.

The Evil Queen had a very angst song, but I loved it. Her inappropriate gyrating and boob thrusts gave it the oomph it needed. Hook was still oh so sexy while singing in the tavern. Zelena’s song was my favorite. Her song was legit and her voice was awesome. Alas, I was surprised, and I’ll admit, taken aback when Emma started singing on her own in Storybrooke. She was good and the song was perfect for the moment. All the loneliness she has been feeling, that she felt as a little girl in foster care, finally came to a growth point. Emma finally realized she is not, nor will she ever be, alone.

Singing aside, the family scenes were particularly strong this week. Mother-daughter rights were observed all throughout. It was a big a day for Emma and her entire family. Weddings are the best in fairy tales, so it was no shock that Emma and Hook’s wedding would be just as magical. Unfortunately, like-mother-like-daughter, Emma’s wedding plans were quickly crashed by evil.

The Black Fairy’s need to fight took Emma’s fairy tale wedding day and threw a wrench into it. Emma is one of the most human characters on TV. She has her ups, she has her downs, she has her moments of confidence, and she has her moments of weakness. We all know Emma’s life was never the easiest. It was upsetting to have it all thrown back in her face, if only to realize how important her family really is to her. When Emma told Henry, “I wasn’t even brave enough to keep you,” I was undone. Tears in my eyes. That was the perfect line for that scene.

When evilness is overcome, for the moment, Emma and Killian finally got married. Yes! I don’t know about you, but I have been waiting for this day since they first met back in season 2. Captain Swan is official. And, just like Snow and David, Emma and Killian had to put their honeymoon on hold as a curse took over Storybrooke.

Although we don’t know what the Black Fairy has in store for our heroes, I was ecstatic to see everyone so happy and ready for what was to come. 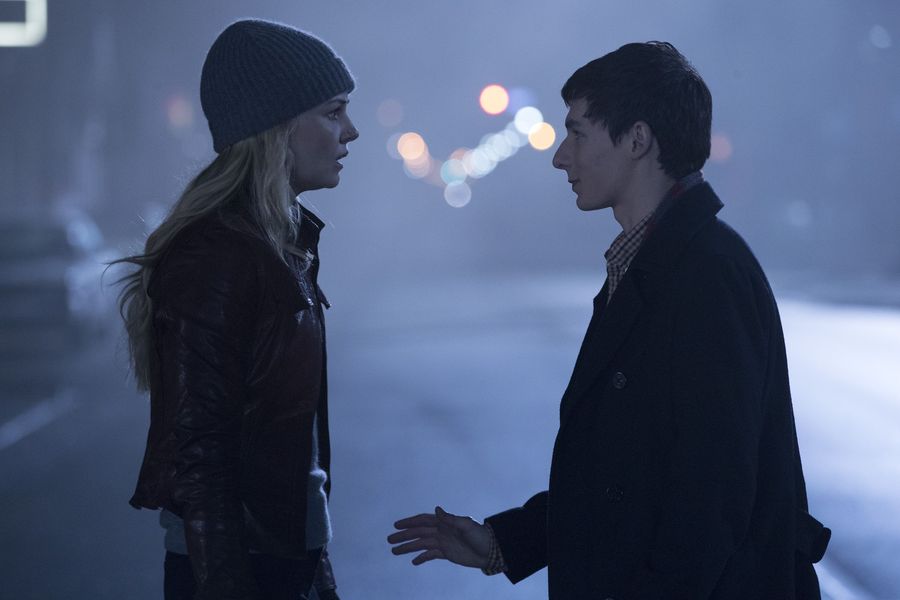 Light and Dark Make the Right Choice in the Final Battle

Emma and Henry. Since day one, it’s been about Emma and Henry. Belief in yourself, in your family — and above all — belief in hope has always been a running theme of Once Upon a Time. It worked pleasantly with the added focus on the book of fairy tales. This two-hour finale was the accumulation of everything I wished this season would be. The final two episodes of season six were fantastic. Why couldn’t the entire season be this good?

The book of fairy tales has been constant throughout this show. Even when we learned there was more than one book of stories, our book had all the answers pertaining to Storybrooke. In this epic finale, the book was given its due diligence. In terms of the Black Fairy’s epic curse, it was nothing I hadn’t seen before. Some folks went back to the Enchanted Forest, while others in Storybrooke forgot magic existed. Fiona pulled a Regina and made herself Mayor of Storybrooke with her curse. Henry was able to keep his memories as the book found its way to Henry’s arms. I think it has something to do with him being the author, but unfortunately, the show didn’t dive into the why too much. Instead, we rolled with it and realized Henry was there to help bring his mom back to the world of magic. It was a nice book ending to the beginning of the series when a much younger Henry found his way to Emma to help her become the Savior. Henry has always been the truest believer in Storybrooke. I dare say he even tops Snow White, who is always full of hope, which is why the book found its way from Snow to Henry.

This episode also had some great family moments. I loved how the writers kept Emma’s memories of Henry intact, but removed the magical elements. It was very Frozen of them. Part of me feels Henry’s role in the show was often snubbed throughout the season, this most certainly gave us a chance to see Henry’s growth. He has taken on different aspects of his family, and become a man ready to fight in his mom’s place with his grandfather’s sword. There were also prime family moments between Belle and Rumple. It’s been a bit of a toss-up at times, trying to figure out their romantic connections. When they found a baby Gideon in the mines, I was extremely satisfied. I loved how they were given a chance to raise Gideon properly, sans Black Fairy meddling. I also enjoyed the way the entire family fought so hard to get back to Henry and Emma. Killian and David had a great bonding moment while looking for magic beans up the beanstalk. Killian was an emotional wreck over being away from Emma. Snow, Regina, Zelena, and even the Evil Queen teamed up to get back home. Everyone was fighting for what they believed in. They all had confidence in each other.

Teamwork has always been a major theme of Once Upon a Time. After episode and episode of reminding Emma that she wasn’t alone and didn’t have to fight the final battle on her own, I was actually surprised by this team up. Emma and Rumple. Who would have thought? I knew he had some good in him, but for the fate of the savior to lie in his hands essentially, was more than a gamble. But, it’s about time he did the right thing and to my disbelief, he did the right thing twice! The first time, he actually killed his own mother. The second time, he did right by Gideon and Belle by facing his darker half and saying no. Those two hours were a big moment for Rumple. It was a very emotional moment to see Rumple tell Belle he failed at restoring their son’s heart from the grips of the Black Fairy. I was genuinely on his side the whole time. No more questioning. I was glad it wasn’t only up to Emma to win.

The finale of season 6 paid major tribute to former seasons. From the beanstalk to the fire breathing dragon. From the charming’s castle to Boston. The powerful true love’s kiss came into play between Snow and David, but also Henry and Emma. I still love how they keep the true love alive between mother and son. Everyone got their happy ending, even the Evil Queen and Robin Hood. The last super arrangement was a little much, but everything was the way it should be when good overcomes evil.

In the very end, we see a shift in the storyline with an older Henry. In a familiar sequence of events, we see Henry’s daughter Lucy, seeking his help for their family. I’m intrigued. There are numerous ways to explain a daughter Henry never knew they had. There are magical ways and there are real life ways. It will be interesting to see which path Once Upon a Time takes next season. With the news of many of the original cast not returning, I am interested to see how these new characters will win our hearts. Till next season Oncers!