Filmmaker Jason Hall makes his directorial debut in the Universal Pictures film about combat veterans suffering from PTSD in Thank You For Your Service. Based on the non-fiction book of the same name by David Finkel, the film sheds a light U.S. soldiers who try to adjust to civilian life and integrate back into family, after returning from Iraq in 2004. The memory of a war that haunts these service members daily is the focal point of storytelling in this movie. The film stars Miles Teller, Haley Bennett, Beulah Koale, Amy Schumer, Omar Dorsey and Scott Haze. This film is based on real events.

Long after the battlefield ends, soldiers Sergeant Adam Schumann (Miles Teller), Solo Aieti (Beulah Koale), Will Waller (Joe Cole), and Michael Adam Emory (Scott Haze) find themselves fighting a new war. A war filled with a broken system that ignores vets, lacks opportunity for career advancement/job training and most importantly; does not provide sufficient health care psychologically to veterans battling post-traumatic stress disorder otherwise known as PTSD. Thank You For Your Service explicitly depicts what many of our service members have to contend with on a daily basis. Veterans who have fought and risked their lives for this country can’t even receive simple benefits like therapy or job placement. The movie meanders between the lives of real-life colleagues Schumman and Aieti played by Miles Teller and newcomer Beulah Koale. 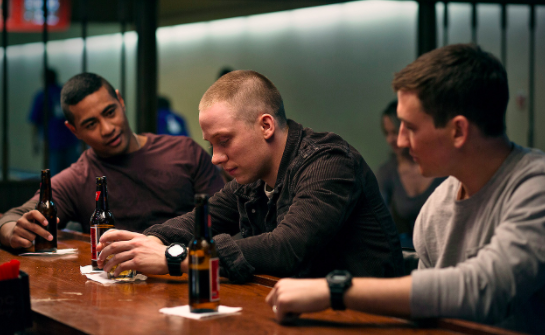 The most distinctive thing about the characters and the ties that bind them are the moments of regret of not being there for their fellow soldier. Even when the situation is beyond their control. The guilt each of these men feel is so pervasive that we connect and empathize with them. We feel anger knowing that there’s no system in place to protect them. It is also disturbing that there is no financial safety net for many of these vets. Sgt Schumann can’t even afford to buy the dream home he’s always desired for his wife and children. Which makes us wonder why are our heroes treated this way?

New Zealand actor Beulah Koale is the stand out performer in this film as Solo. His character is so tortured yet so relatable. Solo wants to go back because he insists that the army saved him. He doesn’t know any other life outside of the military and wants to return even though medically he’s not qualified to do another tour. He’s suffered a serious brain injury that led to short-term memory loss and often times he has difficulty remembering the days of the week. Throughout the film Solo finds himself falling back into old bad habits where he’s scoring drugs and blending in with the wrong crowd. He meets Dante, played by actor Omar Dorsey, who is a drug dealer and also happens to be a veteran. Omar uses his connection to the military as a means to recruit Solo to do his sketchy bidding. 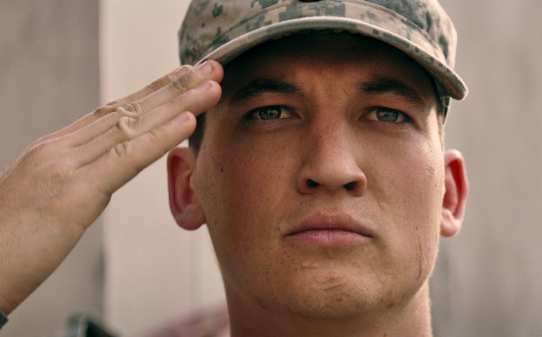 There were moments of levity in this film. There was one particular scene featuring the soldiers dancing to “What Is Love” by Haddaway.  Director Jason Hall does a great job of showing the comradery and friendships these men have, even if they’re dancing offbeat to 90s one-hit wonder jam. I swear I always think of the movie Night At The Roxbury when I hear that song.

The relationships between the military soldiers and their wives are complicated and complex on their own. Sadly each of these are strained in their own ways. Sgt Schumann and his wife Saskia (played by Haley Bennett) have what appears to be a healthy marriage, but when Schumann closes himself off from Saskia and doesn’t fully disclose some of the events he’s encountered while in combat, she feels disconnected from him. The lack of trust between the two becomes an ugly thorn in their relationship. Solo and his wife Alea (played by Keisha Castle-Hughes) are expecting a new baby and their situation is further complicated when Solo has a violent episode as a result of his PTSD and she has to call the authorities on him while pregnant with his child. 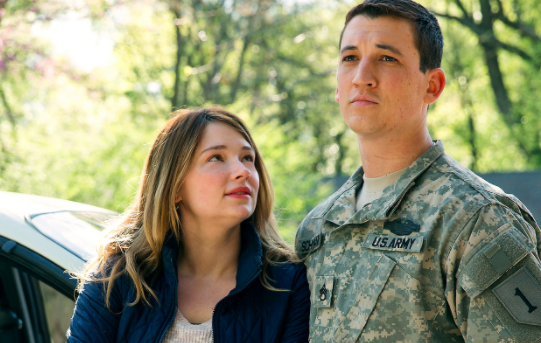 The film has some action obviously in flashbacks of war, but the movie is not a war film. It’s a movie about the after effects of war and specifically speaking the mental state of service members suffering from post trauma. There are some tough scenes to watch as soldiers are shot and wounded but it is a testament to the real-life sacrifices our veterans make every day for our security.

This film is a hard-hitting look at how America treats its military. Director Jason Hall digs deep into your core to show you exactly how veterans are treated, mistreated, used and abused by the very system they risk their lives to protect. This movie will open your eyes and ignite a sense of curiosity of why is it so difficult to take care of our veterans and what can we do to protect them?

Thank You For Your Service premieres in theaters nationwide October 27th.