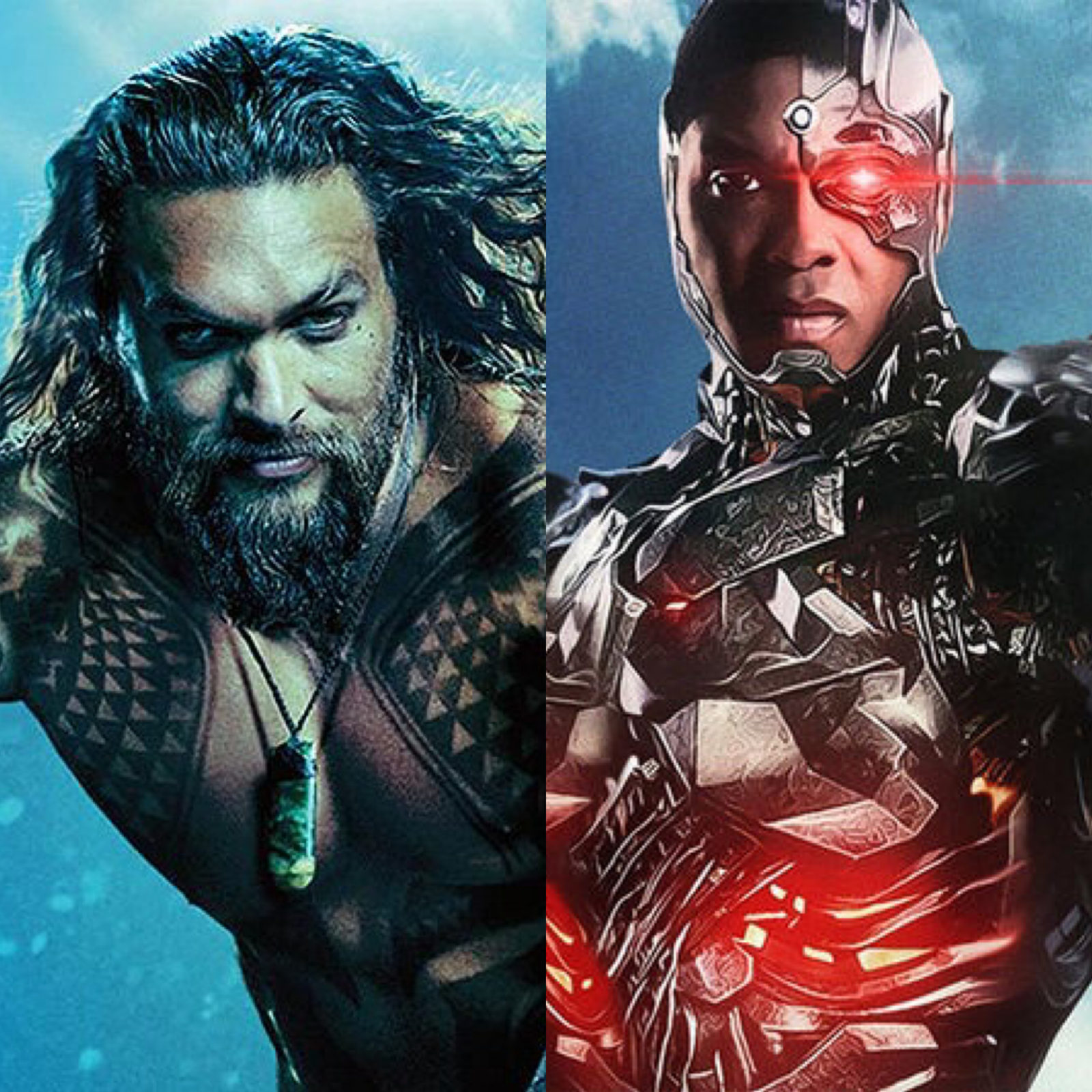 During the Aquaman premiere, Megan Maher of Black Girl Nerds had the opportunity to chat with guests of the event and capture their thoughts about the movie. She spoke with creative individuals associated with the film including; Ray Fisher (Victor Stone / Cyborg), Skylar Grey (Singer / Songwriter) for Aquaman), Rupert Gregson-Williams (Composer for Aquaman), and David Leslie Johnson-McGoldrick (screenwriter for Aquaman). 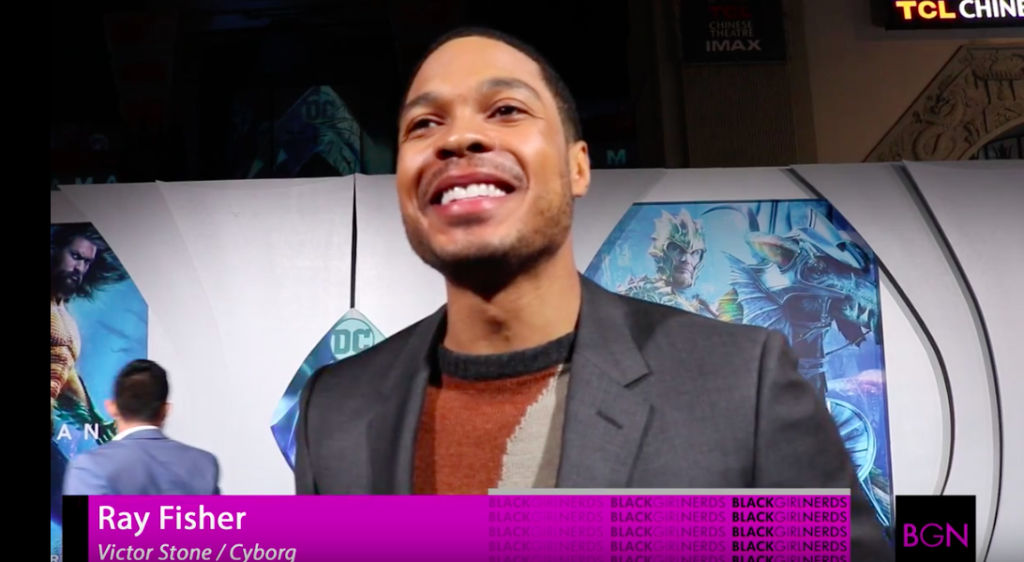 What do you think a film like this is going to mean to the audience?

I think more than anything else, it is opening up a new world for superheroes, period. I mean, it’s the first time we have been underwater. They are creating an entire universe underwater. You can really do anything you want. You have seven seas, you can have seven kingdoms, it’s almost limitless. It’s almost like going to the furthest regions of space.

Do you think Cyborg would last in Atlantis?

Cyborg would. He’s got apocalyptic tech, which is capable of interdimensional travel, so I think he would be able to handle himself swimming down to the furthest point of the Earth. He would probably need to get some sort of face cover or get the cybernetics to put some oxygen in his lungs for him, so he doesn’t have to breathe. But I think he would be fine.

Other than Cyborg, who is your favorite DC Comics character?

Aquaman tonight, for sure. And I am a big Batman fan. I have been a Batman fan ever since I was a kid. 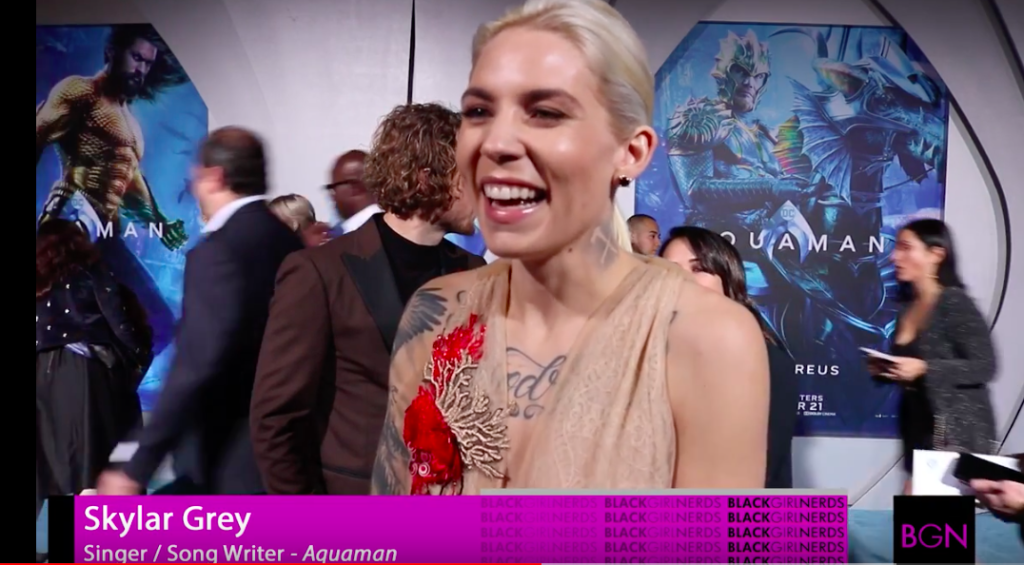 What was it like doing the music for Aquaman?

I am very excited to have my first untitled performed by me, but also I wrote it with my fiance, Elliott Taylor. James Wan and I worked together in the past and he reached out to me again to work on this song. He kind of wanted a Titanic Love Ballad moment, and so I attempted at that. And then the melody of my song is used throughout the film during the love scenes and things like that.

Did you grow up reading comic books?

I didn’t grow up reading comic books but I got more into comics when they became movies. Like Batman, I am obsessed with and then I worked on the Suicide Squad movie. I did some of the music for that as well. 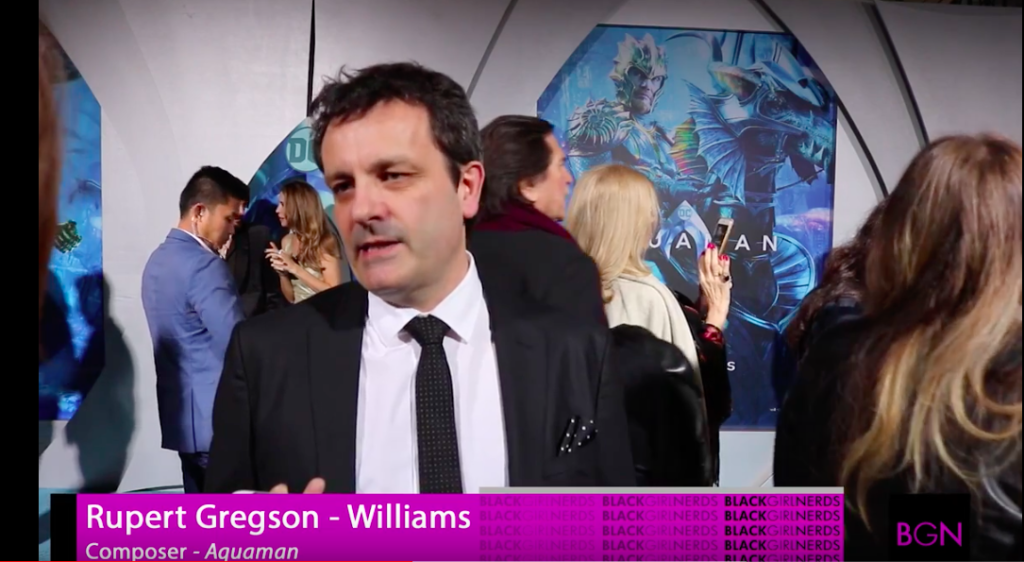 How long did it take to work on the music?

For about a year. I spent a lot of time with James Wan trying to get the differentiating sounds from land and sea. And we spent 80% of the time under the sea so, it was important to reflect that.

What was it like composing music with all of the action and environmental (land and sea) transitions in the film?

It was all really really awesome, a lot of this stuff is effects, so I spent a lot of time talking to James Wan about how it was going to be and once we got some of the visual effects in I had to revisit some of those areas.

What inspired the guitar riff for Aquaman?

Well, if you know Jason (Momoa) even on the set he would have his guitar by him. If you ask him what his favorite thing in the world is, its music and his guitar, so it had to be. 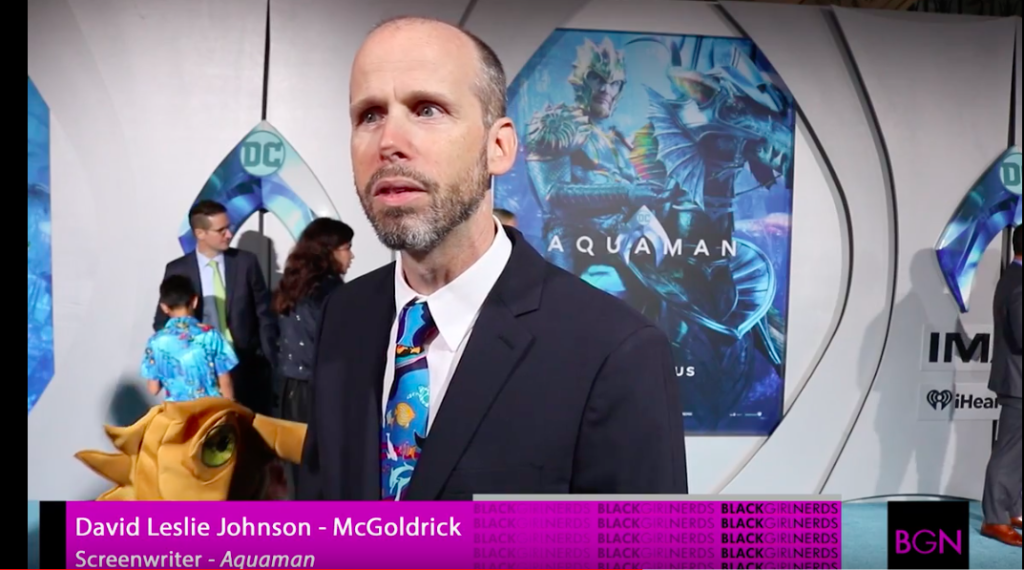 Did the current social and political climate surrounding global warming influence a lot of the script?

Absolutely, it mainly came from what we wanted to get that across. We wanted the villain to have a point of view, that wasn’t purely villain-esque. And that was not just a mustache-twirling lunatic, he is the king of the ocean and the ocean is being treated terribly. You know sometimes when you get an issue movie, it gets a little heavy handed because the hero is beating you over the head with it. I thought it was interesting here that for the villain you go, “oh you know he is kind of right” and maybe how he is going about it, is wrong. But the issues are correct and when he and Aquaman have that conversation, Arthur has nothing to say you know, he’s like you know, “you’re right but this isn’t the way to do it”.

How did you all come up with the origin story for Black Manta?

We ended putting together a lot of different versions of Black Manta’s origin. Incorporating him into the movie, we wanted him to have an impact on Arthur’s character. You know because he isn’t directly involved with the main plot, but at the beginning, Arthur is not fully the Aquaman yet. He is not a hero, and he treats Black Manta, maybe the rest of us might think the way he deserves to be treated. You know he’s a bad guy, he kills people, and maybe he didn’t deserve to have his father saved (spoiler). But by the end of the movie, he has made this enemy now, he realizes that to be a hero he has to be better than us, he can’t give into those petty urges, like the need for revenge, he’s got to sort of ascend beyond them. So the idea was to create an origin for Black Manta that would motivate that change for him.