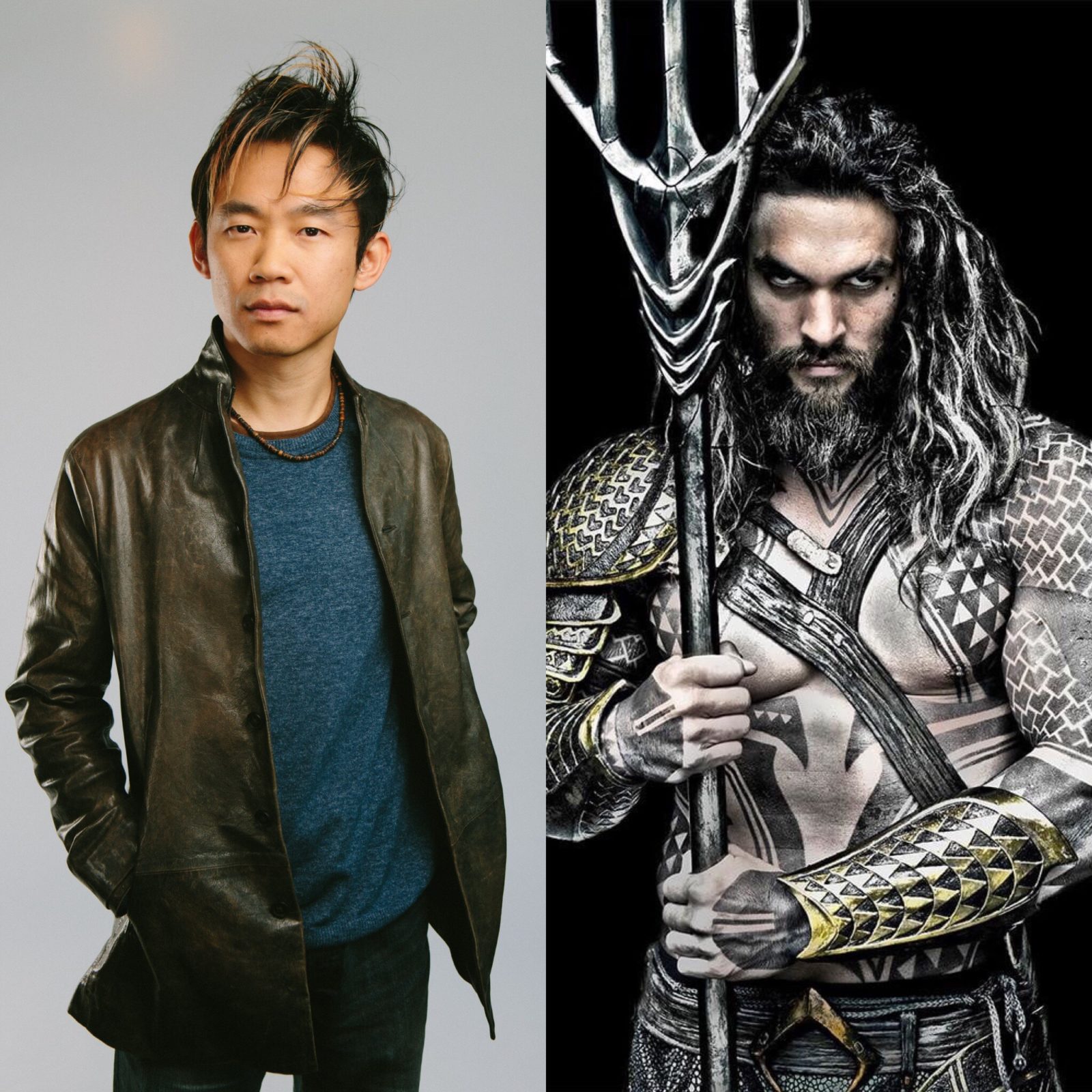 The new Warner Bros film Aquaman is about sea creature superhero who finds himself caught between a surface world that ravages the sea and the underwater Atlanteans who are ready to revolt. Based on the DC comics character of the same name created by created by Paul Norris and Mort Weisinger, actor Jason Momoa will star in the lead role. If you watched the film Justice League, then you’re probably familiar with the character who made his live-action onscreen debut.

Filmmaker James Wan, most notably known for his work in the horror genre, with films like Saw, the Insidious films and The Conjuring films, is now diving into the world of comic book superheroes and making a splash with Aquaman.

Black Girl Nerds had an opportunity to sit down with James Wan in his edit bay suite to watch clips of Aquaman while discussing his process and putting this project together.  There was so much James had to tell us, we broke this up into a 2-part interview. James is pretty psyched about the Aquaman universe and what fans will get to see when Arthur Curry makes his solo debut.

What comics did you grab from and what kind of inspired you to create this whole new story?

The great thing about adapting something like this is the wealth of resources from the actual Aquaman comic, right? Years and years of good material to be pulling from. I mean, it’s no secret that my biggest influence was Geoff Johns’ New 52 run. But, you know, but I kind of went back even further than that, going back to the really old ones. I’m a big fan of the first series run in the ’60’s when it first came out. And so, you know, just sort of pulling sort of character inspiration. The comic book is very retro now and so, you know, just kind of taking that on board and trying to kind of basically bring it into like today’s sort of version of what that would be. 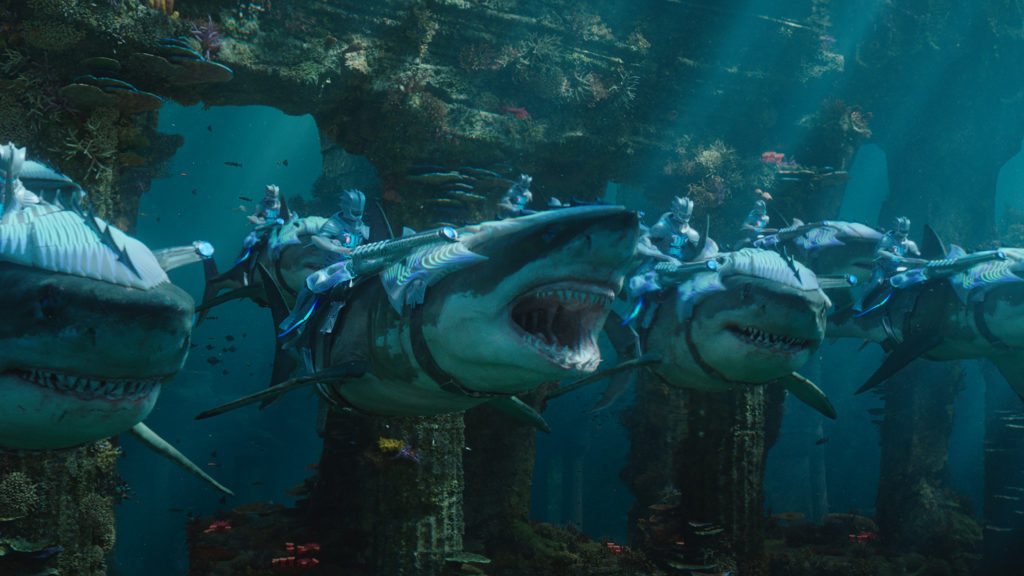 A lot of the film is underwater, how much of it is CGI versus practical effects?

You know, just the practicality of shooting underwater. Us going underwater, we have a very different movement. So, us, meaning us surface dweller. Right? When we’re underwater, we move slowly and things have a very slow-motion feel to it, but for these underwater race of people, that’s not how it would be for them, right? It would be the equivalent of us walking or running on air, on the surface. So, actually, if anything, they’re a lot more heightened when they’re in their water environment, and so it wasn’t practical for me to shoot too much of it underwater. I did do a lot of underwater stuff, but you know, Atlantians are heightened beings, right? So, they move quick.

They don’t deal with gravity in the same way that we do. And so, there’s a lot of stunts involved for the dry, for wet sort of process that we call it. Dry for wet meaning we shoot in blue screen and then we create the illusion of underwater with sort of our visual effects clothing and visual effects hair and stuff like that.

Going all the way back to the 1960’s Aquaman comic book. And I really feel like I didn’t want to be, you know, embarrassed of that. I didn’t want to be shy of the unique and vibrancy of this world. So, if anything, I want to lean into it. You know, most people know me for my horror films and they think I’m a really dark and scary guy until they meet me and they’re like, “Oh, you’re nothing like that.” So, you know, just trying to bring my own personality into this world, as well. I wanted to create a design movie for the longest part, you know, world creation film. I’ve kind of done elements of that in the horror films that I’ve done, in the world that I’ve kind of created in that space. But in this one, for the first time, I have bigger tools to play with and so it really just allows me to, you know, be as imaginative as I can.

You know, I think, you know, the world of Atlantis should be magical. It should be vibrant and magical. That’s how we’ve always described the ocean. The ocean is a magical place, but it also can be scary at the same time. So, this film really allows me to kind of touch on those two different sorts of visual aesthetic. 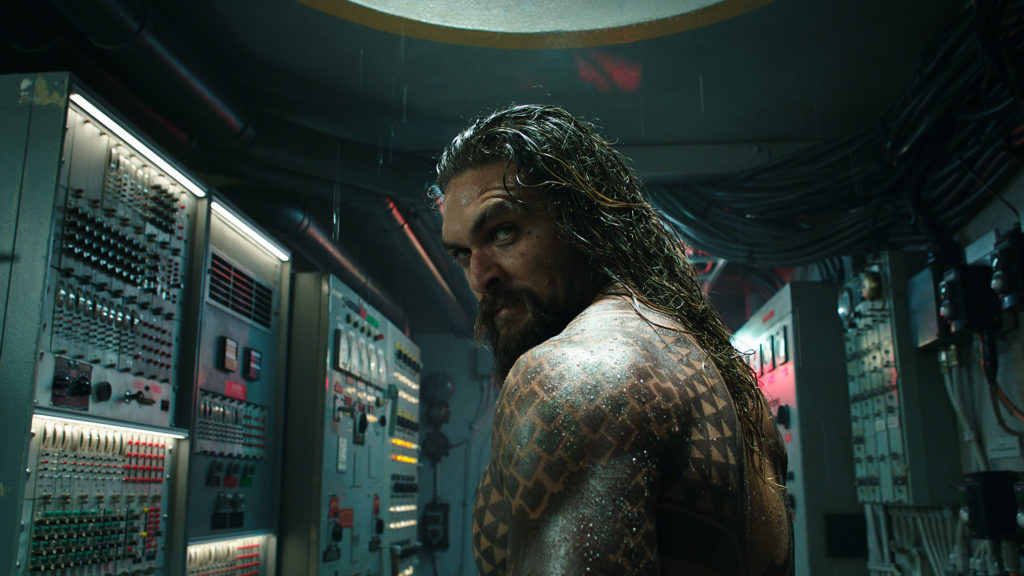 Tell us a little bit about working with Jason.

The thing of Jason is most people know him as this really big, tough guy. And so, honestly, when I first met him, I had lunch with him. I was actually surprised at how funny and goofy the guy can be, and I got to really like that side. I thought he was really likable and very charming. And so I said to him, I go, “Dude, I’m going to write this. I’m going to bring more of you, your personality, into this character.”

And so that’s what we did. We tried to play up to Jason’s strength, and let him kind of be free, be himself. And I think that’s one of the real fun things about his character, it is Jason Momoa in a lot of ways. And it’s been a real delight just to have the opportunity to potentially work with an upcoming movie star that could be as big as he is, so I’m super excited. I cannot wait for people to see what he’s capable of outside of Game of Thrones.

What I love about this fight scene are the colors that you added in there. The Atlanteans, they had colors to them, which is very different from the darker version of what the WB tends to do. Did you try to make sure that you had it as colorful as possible to reflect the ocean and the lightness of it?

I think a lot of the vibrancy really just stemmed from the comic book, which is very much with the plate of those palettes. I don’t think our perception of Atlantis is dreary or miserable. We wanted to think Atlantis is this magical place, and so using that as a leaping off point and then kind of branch off and create sort of interesting visuals that no one has kind of seen before.

And we pull a lot of our aesthetic from inspiration and influences from the ocean, like marine life, like marine flora and fauna. So the ideas of sort of bioluminescent plants and see sort of the sea animal that emits light on their own. Oh, and because you’re so far deep in the ocean, you’re not going to have the sun, and so the idea that Atlantis kind of needs to be its own power light source. And so if you’re going to do that, let’s make it vibrant and magical and fun.

Everything’s made up out of like a mother of pearl, so just stuff like that that we’re pulling from the ocean. But then this particular action set piece takes place in an ancient coliseum that’s built into an old ancient cone of a volcano, to the cone of a volcano, so because of that, you get the warm light that’s coming from the lava, but then you get the cool, blue light from Atlantis above, and so it makes a very interesting visual aesthetic when you mix those two together.

How did you decide on the background people as well?

It’s a mixture of people. It’s a mixture of race, but the race is not just necessarily like the human race like we are on the surface. It’s like different species almost, so you get merpeople, you get crustacean people. One of the other kingdoms that we come across is known as the Brine Kingdom, and they are basically a race of giant crustacean-crab people. For lack of a better description, giant crab people. And so it’s kind of really fun to kind of lean into what other races and species down there would look like.

When you were writing the story, did the political climate of Standing Rock, did that at all affect your storytelling?

You definitely absorb all the stuff that’s happening kind of in the news. That’s kind of hard to detach from that. But it’s hard to make a movie that takes place in a world like this and not sort of touch on social issues that we have in the world. The main drive of King Orm is he’s sick and tired of our shit from the surface world, and he’s just had it. We have no respect for the environment. We’re so disrespectful to one another, and he’s just tired of that. And that’s something that I wanted to play into. I don’t think you can make an Aquaman movie and not sort of touch on the environment.

Stay tuned for part 2 of our interview with James Wan, director of the new Warner Bros film Aquaman!

Aquaman will be released in theaters nationwide December 21st.