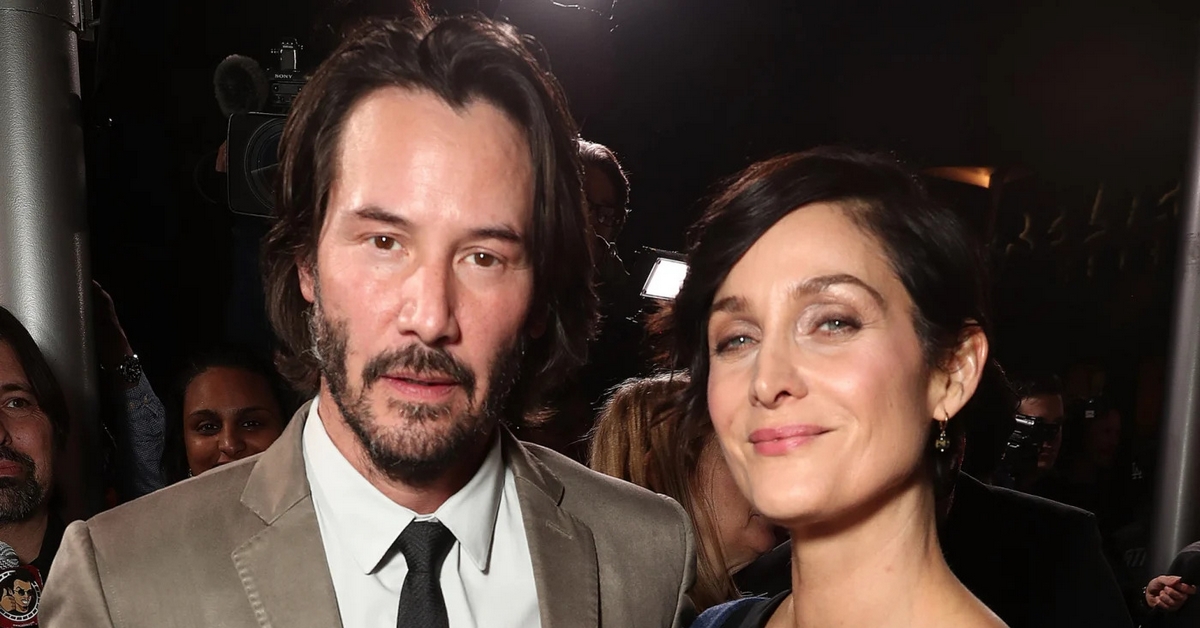 The Matrix 4 has been probably one of the most highly-anticipated movie titles of the past two decades. The wait is over, though, because 18 years after 2003’s The Matrix Reloaded and The Matrix Revolutions, the franchise’s fourth installment, starring Yahya Abdul-Mateen II, is finally happening. Of course, the upcoming film’s narrative also remains a matter of speculation, but it does make strong references to the previous films, including the White Rabbit, which was the original film’s reference to Lewis Carroll’s Alice’s Adventures in Wonderland.

In truth, the original trilogy is beautifully built upon the clever use of references to other works of art, including several films, historical myths, philosophy, and religion, such as the Ghost in the Shell anime, Plato’s Allegory of the Cave, Descartes’ demon, and many others. The Wachowskis were dubbed creative geniuses due to their clever use of these references, as they managed to incorporate them into The Matrix, creating a cinematic franchise whose narrative remains a highly discussed topic even to this day — eighteen years after the last installment of the franchise was released.

Unfortunately, some believe that the Wachowskis’ use of numerous references to other works of art makes them plagiarists, disregarding the fact that, in art, the idea of originality often stems from lack of knowledge for source material. True creative genius comes from acknowledging previously known elements and assembling them into something previously unheard of — The Matrix, for example, attests to the Wachowskis’ brilliance in creating something wholly new from disparate parts. For example, the idea of a futuristic war against the machines was a theme in many works of art, including 1962’s collection of sci-fi stories, War with the Robots, written by Harry Harrison, and 1984’s The Terminator, written and directed by James Cameron.

However, what the Wachowski sisters did, in terms of writing and filming The Matrix, was almost otherworldly — and through its clever use of references — more cerebral than Hollywood’s typical offering. They based their premise on cyberpunk literature and added the fighting sequences inspired by the martial arts films of the ’80s and ’90s while sprinkling them with deep themes of self-discovery and existentialism. State-of-the-art special effects were just the cherry on top, which made everything more “sweet.” So, it’s safe to say that the true genius of the Wachowskis lies in taking the aforementioned elements, which individually didn’t bring too much money at the box office, and mixing them into a single piece of art — The Matrix ­— which leveled the box office.

Their creative genius notwithstanding, the list of people and organizations who believe that the Wachowskis plagiarized their respective works could be longer than the list of actual inspirational material and references featured in all three films. With so many making such claims, and some even taking those claims to court, the question arises: Just how far down the rabbit hole do we go, and who really wrote The Matrix?

It’s not unusual that every significant movie release has at least one lesser-known artist crying foul and threatening legal action against various producers and studios. In the case of The Matrix, however, the Sophia Stewart lawsuit rings closest to home, as it garnered media attention and became a well-known Internet legend, often mistaken for a fact. Upon seeing the original The Matrix film in 1999, starring Keanu Reeves as Neo, Sophia Stewart, a paralegal of African-American descent with a passion for writing, was left in shock. Apparently, the premise of the film she just watched, and many of its elaborated elements, were based upon the short story she wrote in 1983, titled The Third Eye, copyrighted in 1984.

Admittedly, both Sophia Stewart’s The Third Eye and 1999’s The Matrix feature the same premise: war between humanity and machines, with a messianic figure chosen to free humanity from enslavement by the machines. However, the same can be said about James Cameron’s The Terminator, another legendary cinematic franchise Stewart claims were based upon her work. According to her, James Cameron and the Wachowskis dissected The Third Eye and used its premise as a building base for their respective film franchises. But how exactly did the aforementioned perpetrators get ahold of Sophia’s short story?

Well, according to her initial statement in her lawsuit, Stewart sent the entire Third Eye manuscript, along with a screen treatment, illustrations, and character analysis, in response to an ad for a science-fiction competition, which she claims was solicited by The Matrix creators in 1986. As per her own record, she sent the entire manuscript to the Wachowskis, believing that they’d turn it into a comic book. Imagine her surprise when that didn’t turn out to be the case. Following the release of The Matrix in 1999, Sophia filed a complaint with the FBI claiming that the Wachowskis and Warner Bros. stole her copyrighted idea and turned it into a film, claiming copyright infringement.

Following the FBI’s inconclusive investigation, during which some Warner Bros. employees claimed the studio used certain aspects of Stewart’s The Third Eye, and the release of The Matrix Reloaded in 2003, Stewart filed a lawsuit alleging that the idea for both The Matrix and 1984’s The Terminator was plagiarized. But what made her case interesting and worthy of news headlines was that the court allowed the lawsuit to move forward in 2005. And that’s where things got interesting.

Though she claimed copyright infringement and sought $1 billion in damages, firmly believing that her proof of theft was indisputable, Sophia Stewart purposefully failed to appear at the preliminary hearing, viewing it as a minor hindrance to the actual trial scheduled a month later. During the course of the trial, both Stewart and her attorneys failed to present any evidence to substantiate the critical claims in her lawsuit that would demonstrate the similarities between her work and the aforementioned movie franchises. As a result, the judge ruled in favor of the defendants.

Admittedly, there are some discrepancies in Stewart’s claims. First, she has failed to produce any evidence of the purported ad for the sci-fi competition that she had sent her manuscript in 1986. Second, the Wachowskis, who denied ever posting such an ad on a national magazine, were 19 and 21 years old and in college at that time. Regardless, Sophia Stewart’s courtroom defeat stands in contrast to what many of her followers, most of whom are African Americans, hold true or like to believe. The Internet is like a game of Broken Telephone, and information often gets misinterpreted. Many now even believe Stewart won her lawsuit and was paid over $2.5 billion in damages. However, that couldn’t be farther from the truth.

In the end, Sophia Stewart’s case wasn’t the only one to make it to the court. In 2013, Thomas Althouse filed suit alleging that the ideas behind The Matrix‘s sequels came from his screenplay, called The Immortals. Just as was the case with Stewart, the judge ruled in favor of the defendants, stating that the basic premises of The Matrix Trilogy and Althouse’s The Immortals are so different that finding them substantially similar would be unreasonable.

As things now are, the Wachowski sisters are the sole creators of The Matrix franchise, one of the best-known cinematic art pieces. Again, though, it’s curious how the Wachowskis went from the lackluster 1995’s Assassins, starring Sylvester Stallone, and a low-budget neo-noir film Bound to a masterpiece like The Matrix we may never know.

The franchise’s narrative will continue with the upcoming The Matrix 4, scheduled to release December 22, 2021.