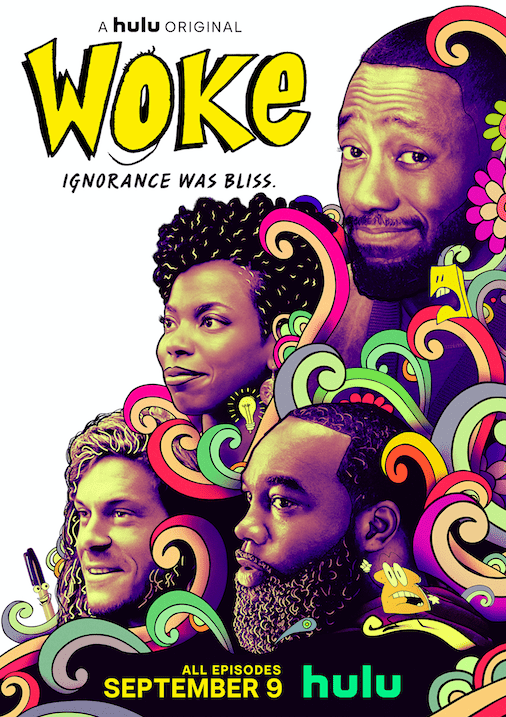 Lamorne Morris (BET Now, FOX’s New Girl, Barbershop: The Next Cut) stars in the series as Keef Knight, an African-American cartoonist finally on the verge of mainstream success when an unexpected encounter with the police changes everything. With a fresh outlook on the world around him, Keef must now navigate the new voices and ideas that confront and challenge him, all without setting aflame everything he’s already built. Inspired by the life and work of Keith Knight (Co-Creator & Executive Producer), the series also comedian, T. Murph, Blake Anderson and a number of guest stars.

Sasheer Zamata also stars in the series, she recently starred as the lead in the quirky romantic comedy The Weekend directed by Stella Meghie (The Photograph).

All 8 episodes of Woke are set to premiere on September 9th, only on Hulu.

Woke is developed by Marshall Todd and Keith Knight. The co-creators serve as executive producers alongside showrunner Jay Dyer, Maurice “Mo” Marable, Aeysha Carr, Richie Schwartz, John Will, Will Gluck, and Eric Christian Olsen. Kate Schumaecker will serve as executive producer on the pilot. The comedyis a co-production between ABC Studios and Sony Pictures Television Inc.