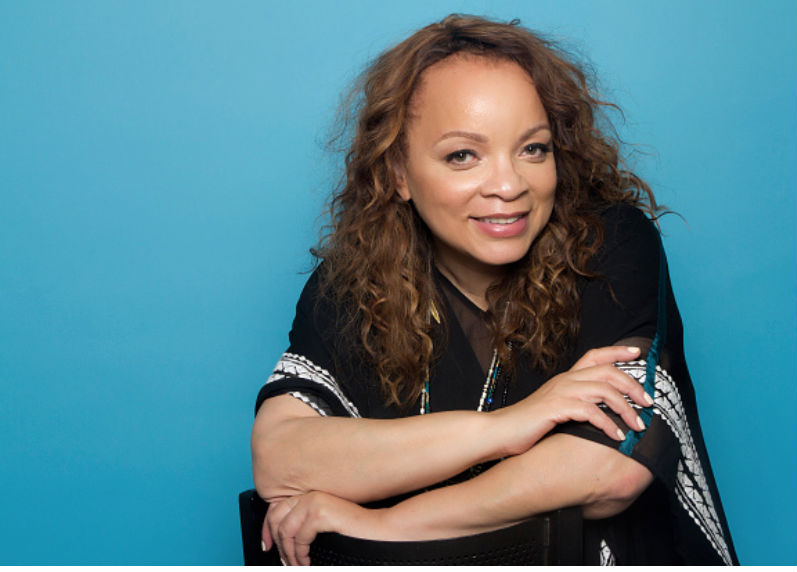 When making a highly-anticipated feature film that’s also a cultural necessity, it only
makes sense to choose an icon like Ruth E. Carter to be the Wardrobe Designer. Not
only has this designer worked on over 40 films—ten of which were with Director Spike
Lee—but she’s also received two Oscar nominations—one for Malcolm X and another
for Amistad. She also received an Emmy nomination for Roots.

Her career began in 1988 after moving to Los Angeles, California from Springfield,
Massachusetts. Carter is known for her work on history projects, but now her expertise
is set on the future. In an interview, Carter describes the inspiration behind her
costumes:

The first dress inspirations came from the illustrations in the comics. Everybody
had an interpretation of the Black Panther story. Then I used my imagination. I
needed to find a way that I could represent the African diaspora and have the
technology infused in the clothes in a clever way, in a regal way, in a royal way
because [the Black Panther] is the king of Wakanda and everyone directly
associated is royalty. For Ramonda, the queen [played by Angela Bassett], we
were inspired by modern fashion, some of the fashion designers that are really
way out there like Gareth Pugh and Rick Owens and we looked at some of the
shapes they had in fashion. We didn’t want it to be futuristic, per say, but there’s
something really regal about some of these shapes. I looked at a lot of traditional,
ancient African people in different regions,” Carter said. “The Masai tribe, and
what they looked like, their ancient costumes. A lot of it has a futuristic edge. So
with the aid of 3-D printing, we were able to take ancient African tribal costumes,
combine them with 3-D printing and create something inspired by but also unique
to Wakanda.

So, how did Carter create dynamic costumes to represent individual regions within a
collectivist country? She likened a fictional country to a very real city and found the
similarities and marrying characteristics to fabrics and colors. In Carter’s interview with
Jason Payne of FanBros, she explains how she went about doing this:

I looked at Wakanda like New York City. There was an upper west side, lower
east side, an NYU area, a medical area, Columbia University, a business district,
and a midtown. In the bible it talked about the ancient tribes like M’Baku’s people
who are from the outskirts of Wakanda. It’s cold and they live in a mountainous
area. Our bible talked about what great architects they were, and about their
sculptures and the wood they used. They crafted things like amazing tree
mansions and armor. That led me to find a tribe in Africa with similar attributes.
My research led me to the Dogon who are known for their architecture. They also
have a ritual every year where they wear these grass skirts and incredible
headpieces carved out of wood. Ryan was very specific about things regarding
M’Baku and he did not want the ape element. But because they live in the
mountains, we did incorporate fur into their armor. The armor is ornately carved
and a lot of hand work was involved in every costume. For the Dora I used the Maasai tribe and their color palette. Some of this was in the Wakandan bible but once I figured out what they were going for, I took it a step further. 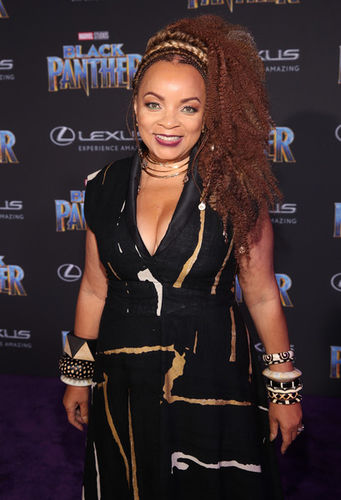 This is the epitome of showing instead of telling. The costumes speak for the characters
as groups and as individuals. Though Carter has never done a superhero movie, she
approached it like any other project with research and a consistent work ethic. To
portray an authentic look, she had shoppers in Nairobi, South Africa, and Uganda. Her
respect of the audience’s intellect pushed her to make sure her work was as authentic
as possible for a fictional world. In an interview, Carter explains how she wants to be
remembered:

I would like to be remembered as someone who cared about the images
of black America,” Carter said. “And cared enough to not only present
[black America] as authentically as possible, but wanted to present them
in their laughter in their pain, in their joy, and in their struggle.

In the trailers alone, there’s warrior garb, regal attire, military fatigues, and both casual
and formal wear—a distinction between character and situation. Carter has created a
symphony of fabric and style that should be acknowledged and celebrated. In an
interview with Fashionista magazine, Carter shows how wardrobe is an expression of self
and that she has accepted the responsibility of expression:

We’re speaking to an international black culture that knows film, that’s
smart, that travels, that knows what’s happening in the world. I want to
respect that. I start designing by saying don’t make it up. After the
research, then I can make it up.

And what the movie’s Wardrobe Designer has “made up” for Black Panther is nothing
short of masterful.

Silk Jazmyne is a reading, writing, drinking student of life who loves narrative in all its
forms. She’s an account coordinator at a boutique advertising agency by day and a
magical realist author by night. She loves the artistically strange and currently lives and
works in Florida.