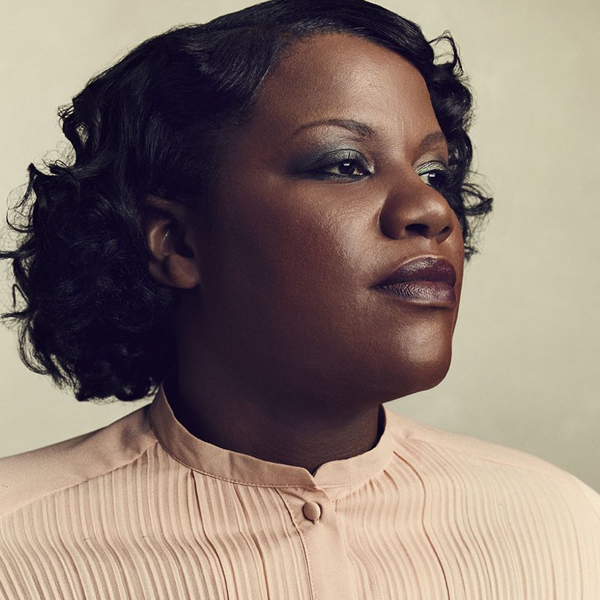 Joi McMillon shattered a record at the Oscars last year as the first Black woman to be nominated for the award in the film editing category. She shared the nomination for the work on the film Moonlight with Nat Sanders. The duo teamed up again for If Beale Street Could Talk, a project that could land them yet another string of award season noms.

BGN got to chat with McMillon about her work on both of Jenkins’ projects and also her friendship with the actor that goes back to their college years. Of course, The interview began with what many of you wanted to know, but we’re afraid to ask — what does a film editor do? McMillon is a jovial soul who was ready to educate us.

I thought the director, I got to be honest now because I thought that was kind of something the Director does on the back end. So, could you talk to us a little bit about your job? I think it’s a job that not a lot of people know a lot about. It’s intriguing.

Yes, I always refer to what an editor does as kind of like the person behind the curtain. No one really A.) knows exactly the extent of what it is we do. Or [B.)] a lot of times if you notice us, it’s sometimes not in a good way. There’s actually an awards show the Saturday before the Oscars and it’s called Invisible Art, Visible Artist. It’s for all the editors who are nominated that year for an editing Oscar.

I would say a lot of times the best way to describe what an editor does is ultimately, we know that we are setting up the viewing. Basically, what the audience is going to view. We’re kind of like audience’s eyes and ears. [This is done] in takes and sounds and putting them together in a way that is the best viewing pleasure for the audience.

Our job starts day one of the production. And we get dailies and we edit them together. We kind of figure out where the score could enter in. We help with sound effects and sound design. So, as [editors] we’re pretty much involved in every aspect of the final assembling of the film.

So, you were right there with Barry Jenkins through the entire film? That’s incredible.

The artistry of putting such movies together that have so much, it’s almost like watching a moving painting. How do you even begin putting that together?

Well, it’s interesting. I feel like whenever you’re starting to put a film together and you’re in the process of editing the scenes, the actual footage and the performances from the actors inform you on what type of theme this is going to turn out to be. So, with Barry’s projects, I worked with a co-editor, Nat Sanders.

For If Beale Street Could Talk the way we did it is split the movie up into four parts. [Sanders] does the first part and the third part of the film and I do the second part and the fourth parts of the film. The way we start is we look at the dailies and we see what James Laxton our cinematographer, and Barry, what they did on set. You see where they place the camera, the type of performances that they are getting from the actors, and by that, we are informed on how this scene is going to play out.

For instance, in Moonlight I worked on the diner scene between André Holland, he played Kevin, and Trevante Rhodes, he played Black. In that scene, we’re in this diner for a good chunk of time. For me as an editor, my job is to allow these performances to play out in a way that, in each section of the scene, you’re getting a little bit new information. You’re seeing a little bit more into these characters. So, you’re not really focusing on the fact that you’ve been in this one location for a certain amount of time. You’re really honing in onto these people as they slowly become more vulnerable and reveal themselves to you.

I also did the scene in If Beale Street Could Talk between Fonny [played by Stephan James] and Daniel [played by Brian Tyree Henry] back in Fonny’s loft. It was kind of the same structure where we’re in this loft with these two men. They start out very jovial, catching up. Slowly but surely, we get more into where their lives are currently at as being Black men in America at this time and the setbacks that they’re facing. Basically, the oppression that they’re feeling and how even though they’re saying you are equal in this place that you live, the boxes that they’re constantly placed in. A lot of people say that jail isn’t really a physical place — it’s a mental place. So that’s what we’re experiencing in that scene, is how mentally these men are struggling to be part of America.

You are the first black woman nominated in your category for an Oscar. How did you deal the day after? How do you go back to just work after that? Or did you go and treat yourself?

…Since Nat and I were nominated also for the editing Oscar, and we did win that night, some people were like “sorry you didn’t win.” But I was like, ‘we took home the best prize of them all! We maybe didn’t win in our individual categories, but the film that we edited won.’ To me the first feature that you ever edit wins best picture… I still feel like I sometimes pinch myself. Like is this my life? Is this really happening? Because it’s one of those things where the hard work paid off and that’s sometimes not always the case.

I’m so proud of the film. I’m also just so proud of Barry because he’s one of those people who, through all the success and all the doors that have been opened for him, he is still that kind-hearted person who would give you the shirt off his back if you needed it. That’s one of the things that I feel so thankful for is that I get to collaborate with someone who’s not just an amazing director but he’s also just a very honest and goodhearted and amazing person. So, work doesn’t really feel like work when we’re collaborating together.

I’ve known him ever since film school. We go way back…[Like] these students that started out working together on their student films have now graduated to the big stage. It’s one of the things that someone even said, ‘Has anyone thought about doing a documentary about you guys? Cause this doesn’t sound real.’

I’m like “No, no one’s ever asked to do that, but it sounds like a fairy tale.” As we continue to collaborate with each other, I just never take that for granted because it’s an awesome place to be in.

Yeah, and actually I would love to watch that documentary, by the way, just putting that out there. So, what’s up next for you and Barry? What’s the next collaboration? Can you say?

I think the next thing we’ll be collaborating on is the limited series for Amazon, the Colton Whitehead adaptation Underground Railroad. I think that’s the next thing up for us.

You can catch the product of McMillon’s hard work. It Beale Street Could Talk, in select theaters now, and everywhere on Christmas Day.