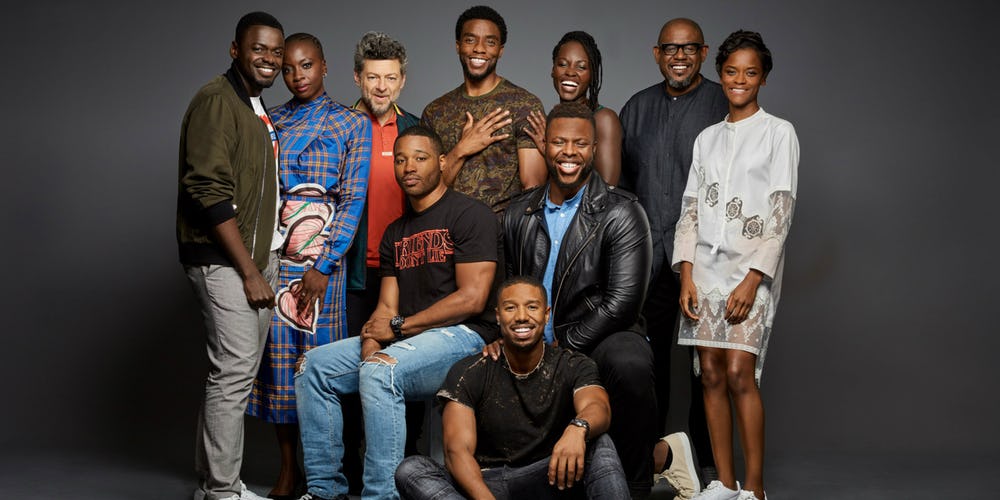 Whoooooo! Black Panther debuts in theaters on February 16th. We’re only a few more days away! Stay calm people; it’ll be here before we know it!

I personally first started hearing buzz about Marvel Studio’s Black Panther back in 2016. At the time, I had been doing research on racism and minorities in comics/graphic novels for the final project in my “Sex, Violence, and Comics” class in college (yup, this class is as badass as it sounds). I knew then that T’Challa—King of Wakanda—would be played by the handsome Chadwick Boseman who played James Brown in the film,  Get On Up in 2014.

I had never read the Black Panther comics since superhero comics aren’t usually what I gravitate towards, but when I learned of the casting decisions a few months back, I was hooked! Also, since millions of people were talking, tweeting, and writing about it—it would have been impossible to ignore!

But, the hype surrounding this film is more than well deserved.

This film is important because even though it’s 2018, it’s still far too rare to see Black people grace our movie screens, which is saddening to me. Black people have to work twice as hard as white people to only get half of the recognition and praise—and gosh darn it, I’m sick of it! Not only do we as Black people deserve to bless the world with our presence both on and off screen, but I believe we’ve earned it and I couldn’t be more proud of this movie’s release.

We’ve had some recent movie releases that contained a primarily Black cast, like Girls Trip. It was a wonderful movie about sisterhood and it made me cry, but it was marketed to a Black audience. The rest of the world had its ugly adopted twin, Rough Night starring Scarlet Johansson, which you couldn’t even pay me to sit in my house and watch. The difference with Black Panther is the fact that it’s marketed to everyone. It’s a movie where Black people get to be the superheroes; everyone else needs to bow down! What’s funny though, is that we’ve always been superheroes; as a people, we get knocked down, then kicked while we’re at the bottom, yet we manage to rise and surpass the ones that kicked us down in the first place. You’ve got to be a superhero by nature to handle all that mess and still come out on top.

Black Panther is a movie that highlights the magic that’s been pumping through our veins all along, but now that magic is about to explode all over the rest on the world and I can’t wait to be a part of that apocalyptic moment when I’m sitting in the theater next week. People think we’re only able to play the role of the loud-mouthed, neck-rolling, man-hating baby mama, the drug-addicted absentee baby daddy, the pole-swinging stripper, the White man’s slave, a convicted rapist or the street-running killer. This movie pokes a giant hole in those stereotypes. We’re kings, queens, princes, and princesses and considering the overwhelming support the movie has garnered—Black people aren’t about to give up those titles.

The Black Panther in Comics

Marvel debuted The Black Panther’s character in 1966, during the Silver Age (1956-1970). This was revolutionary during the 60s because prior to the Silver Age, Black characters were sidekicks like Ebony White who played the Spirit’s (a White man) unintelligent cab driver. Ebony White was treated as an inferior being and would address Mr. Spirit as “boss” or “suh.” The Black Panther is the king of the fictional African nation of Wakanda. Not only did these comics showcase his immense power, but he also has a fully developed backstory. These attributes posed as a sharp contrast to the simple-minded, one-dimensional Black characters of the past.

The Impact of Black Panther

The fact that qualities like these can be attributed to several Black characters on the big screen at once is extremely vital to our perceptions of our own Blackness. Despite his extraordinary physical attributes though, I’m more concerned with the non-physical traits. Qualities like: intelligence, loyalty, and healing powers can show people, primarily young Black boys, that they’re more than their bodies. Yes, it’s cool to look up to athletes, but many athlete’s careers fail when they’re injured and it’s also really, really, really hard to be an NBA star. Our Black boys can’t all have the same dream. But, if you keep your mind sharp and learn all you can, you’ll always have that because no one can take your mind away from you. The Black Panther’s healing powers have the potential to inspire thousands of Black children to become doctors or do something in the medical field. The loyalty Black Panther shows toward his nation will remind children—and adults who don’t any better but should—that loyalty to your own people is everything. If we’re broken, we’ll never progress as a people.

Our young Black girls will get to see the beautiful, braided and brown-skinned Princess Shuri (T’Challa’s younger sister) played by actress Letitia Wright. Our young daughters and sisters will no longer only have Princess Tiana to cosplay on Halloween this year. Not only is Shuri a princess, but she’s a tech genius too! Maybe more young girls will be interested in engineering, computer science or astronomy!

Or, there’s Okoye (played by actress Danai Gurira), who leads the all-female warrior group named “Dora Milaje.” This fearless and brave dark-skinned woman of high status is sure to be inspiring.

Then, we have Nakia (played by my woman crush, Lupita Nyong’o) the Black Panther’s love interest that also happens to be a talented spy. I love Black love and Black beauty and I’m excited to see it. Side note: Remember Lupita’s powerful speech that she gave on Black beauty when she was awarded the Best Breakthrough Performance Award in 2014 for role in 12 Years A Slave? She said:

I hope that my presence on your screens and in the magazines may lead you, young girl, on a similar journey. That you will feel the validation of your external beauty but also get to the deeper business of being beautiful inside. There is no shade in that beauty.

She’s staying true to her promise. Other girls who’ve struggled with loving their deep-brown skin (like myself) will see Lupita and realize that they too possess an immeasurable amount of beauty. Seeing the love between the Black Panther and Nakia tells young women that there’s a man out there who will cherish both their inner and outer beauty. It’s a reminder that we are loved. Then, we have Angela Bassett looking as regal as ever as she takes on the role of Ramonda, the Queen of Wakanda. She’s also the Black Panther and Shuri’s mom. She shows us the importance of having Black mothers that prioritize teaching their sons and daughters values that will help them become people who are stronger for themselves and for their people.

It makes my heart warm and fuzzy to see Black people—of all shades—being shown in a positive element while highlighting our greatest assets: beauty, loyalty, resilience, and ingenuity. After all, if it weren’t for Black inventor Otis Boykin who improved the efficiency of electrical resistors in television, no one—Black or White—would be able to watch anything this magical on the big screen…at least not without being electrocuted.

With all of that said, when I’m sitting in the theatre on the 16th at 7pm, I’ll be smiling from ear to ear as I relish in our excellence.

P.S. After I leave the theatre, I’m packing my bags and jumping on the next direct flight to Wakanda.

P.P.S. Thank you, Kayla Marie (@Maria_Giesela on Twitter) from Black Girl Nerds, for creating this hashtag and allowing all of us to revel in our moment. 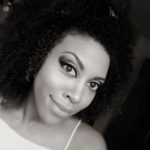 Author Bio: Ayana, a BGN writing/editing intern, is passionate about racial issues, comics, and beauty. She aspires to get her Masters degree one day and when she’s not writing, she’s watching any show—with a slice of pepperoni pizza in her hand—featuring a Black female lead. When she’s not eating, she’s drooling over kitten photos on the web! Follow her on her comic analysis blog, ComixBawse and on Twitter and Facebook.