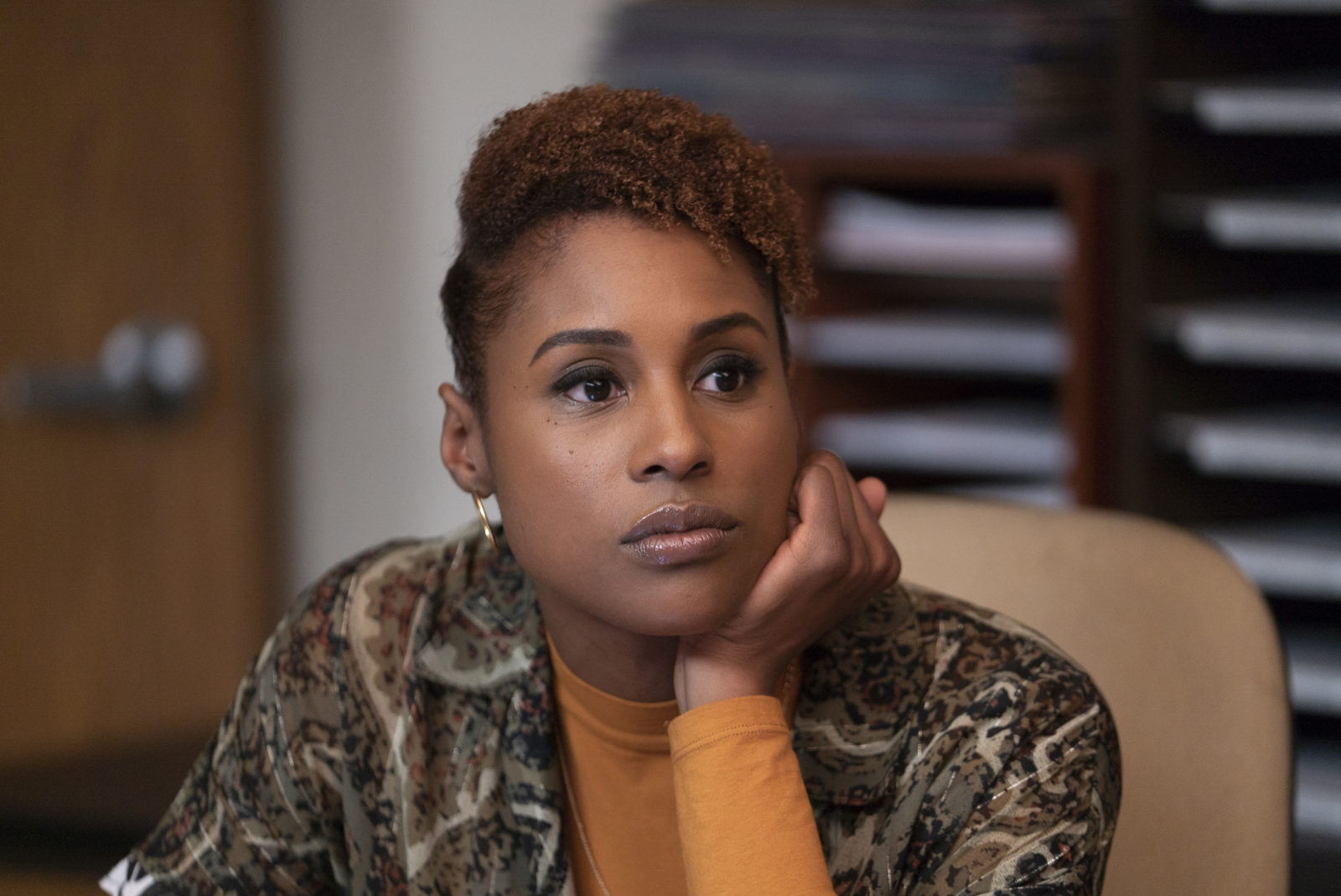 Last week’s season premiere of HBO’s Insecure already had us on pins and needles about what is really going on between Issa and Daniel. Time to recap how their relationship, as well as the other awkward misadventures of our favorite Black girl, unfolded this week.

See what I did there?

The scene opens up with Issa thirst texting Daniel already. He’s been MIA for a couple of days and Issa needs to know what’s up. Issa is also having a problem getting her own place, with never-ending rejections from various apartment management companies.

Joanne leads a team meeting about the program “We Got Y’all” and the branding and name are all kinds of wrong. The group dissents in critical feedback as they tell Joanne that the logo of a white hand scooping up Black children is racist and the name itself is grammatically incorrect. Joanne insists it’s not racist because it’s her hand.

Back in the studio with Daniel, he plays some beats along with his adorable little niece Jada. Daniel gets stood up by Spider, an up and coming hip-hop artist who he’s interested in working for.

Issa meets with Kelli who explicitly tells her that her credit has hit rock bottom and Kelli decides to give her some financial advice. Kelli also side-eyes Issa for purchasing food groceries at Rite-Aid.  We also saw a quick shot of Issa’s credit score on Kelli’s computer screen and its currently sitting at 425.  Yikes!

Issa then decides to apply for a position as a property manager at an apartment complex, also known as being a “Super”, in hopes to defray rental fee costs.

Daniel is stayin at some chick named Vanessa’s place so he can give Issa some space.  And Vanessa basically tells him she needs some space too. Daniel is now forced to deal with Issa.

Meanwhile, Issa has lunch with her co-workers as they vent and gossip about Joanne and the “We Got Y’all” branding. Issa is frustrated that every issue that seems to come up always has to be her responsibility and doesn’t want to come off as being the angry Black woman.

Issa later calls Daniel and he finally picks up the phone. Issa is forced to tell him that she needs more time to find a new place. Daniel tells her that his girl is feeling some type a way about Issa hanging around (which is not true), to which Daniel tells Issa he can give her another week to stay.

Issa tells Joanne she needs to hire more employees of color, and also asks to be out into the field more which is something she’s desired for a long time.

Daniel walks home to see Issa cleaning his kitchen and reorganizing his cupboards. He also vents about consistently being stood up by this new artist.  Daniel is reluctant to go to the club solo to chase him down, and Issa volunteers to ride with him. Things appear so-so at the club until Issa and Daniel approach Khalil and Spider near the stage. Khalil has been successful in his producing career and Daniel not so much. As Daniel fills in Spider on what he’s been up to — gunshots ring out and everyone scatters.

After the shooting, Daniel puts things into perspective.  He pontificates and wonders if he had been shot what would the headline say?

Daniel begins to compare himself more to Khalil and Issa sees for the first time Daniel’s own insecurities about his career and how he sees where he is in life. After the walls are broken down, he tells Issa to stay as long as she needs to.

Issa receives a call back about the property management position which sounds promising.

The chemistry between these two keeps getting hotter and hotter. Interesting to see what we will find out next week!