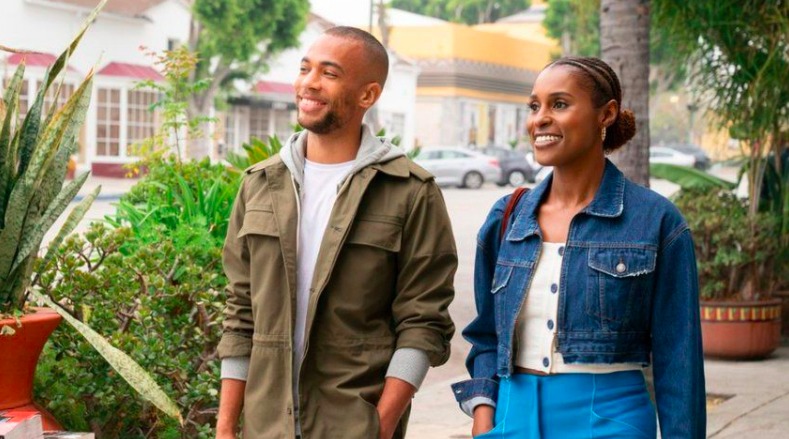 Fans are still recovering from the roller coaster of emotions that came with the Season 4 finale of Insecure.

With character relationships changing, careers shifting, and several breakdowns, tears, and broken hearts looming, Issa and the gang are feeling just a little bit more than exhausted. With all of the fallouts and battle wounds left behind with these characters, it’s easy to miss one of the most important topics that this season has been pushing audiences to analyze: mental health.

With Nathan (Kendrick Sampson) confiding in Issa (Issa Rae) about being diagnosed as bipolar, many fans feel satisfied that the show is finally addressing the mental health of Black men. However, what they overlook is that the show has actually been pointing at the mental health issues of everyone for a long time. Nathan has been the only one to take the necessary pause to take care of himself before engaging in serious relationships or drama. 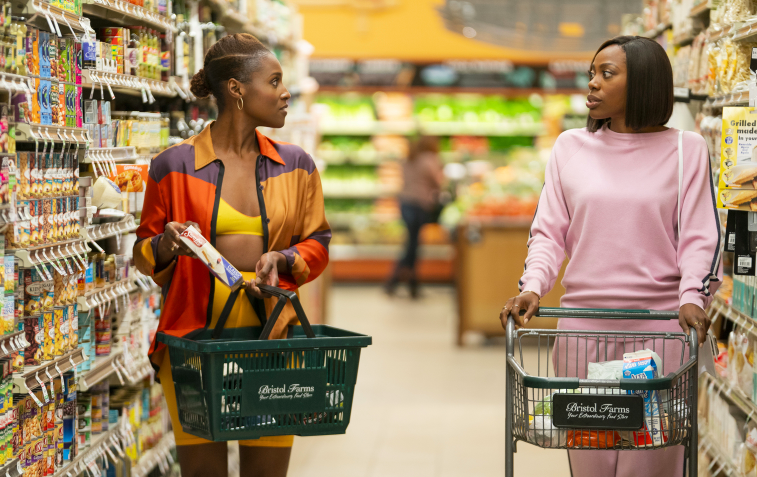 Many of the characters this season suffered from a lack of emotional catharsis. Issa and Molly (Yvonne Orji) let issues both within themselves and with their friendship go untreated, and this festered until it was toxic. Tiffany (Amanda Seales) forced herself to maintain the façade of being perfect until she broke down and completely ran away. Her post-partum depression wasn’t properly cared for because she was trying to put on a strong demeanor for those around her.

While good-intentioned, Lawrence (Jay Ellis) wasn’t clear on what he wanted for his life. When deciding to pursue Issa again, he hadn’t completely moved on from Condola (Christina Elmore) and was also interviewing for jobs in San Francisco. Even before the big reveal, Lawrence was trying to rekindle a romance while simultaneously trying to start a new life and handle the emotional labor of a long-distance relationship.

As usual, Kelli (Natasha Rothwell) was wonderful and had everything together. Yet, she extended herself as an anchor for both Issa and Molly more than they probably deserved. Kelli was watching Tiffany’s baby, calling Molly and Issa to push them to make up, and working her full-time job. Kelli is the friend who has her life together and works too hard trying to uplift everyone else. It may be good for her to draw boundaries, as it seems the other characters may be behind in their development. As we’ve seen, Kelli’s friends had some hard lessons they had to learn themselves.

Derek (Wade Allain-Marcus) is definitely the unsung hero of this season, as he tried to support Tiffany and the baby the best that he could. Viewers don’t see it until the final episode, but Derek has been going through a huge metamorphosis as a person, husband, and father. From letting Tiffany stay at the block party while he was home with the baby to trying to step up when she was depressed, he seemed to be trying his best.

During the bus scene when Issa and Molly are trying to comfort Derek, Issa says, “We’re all trying our best.” It was a line meant to resonate with not only Derek but with Molly as well. It was a big moment for both the characters and viewers alike, as it reminded everyone that we are all flawed even with the best intentions. That line also helped everyone see that if mental health and self-care are deferred and ignored for too long, burnout and breakdown are usually soon to follow. It conveyed that it’s okay not to be okay; everyone stumbles sometimes.

This season opened with Issa and Molly practicing their self-care Sundays. This ritual was all about mindfulness, reflection, and friendship. However, as they delayed self-care Sundays, things in their relationships took a turn. 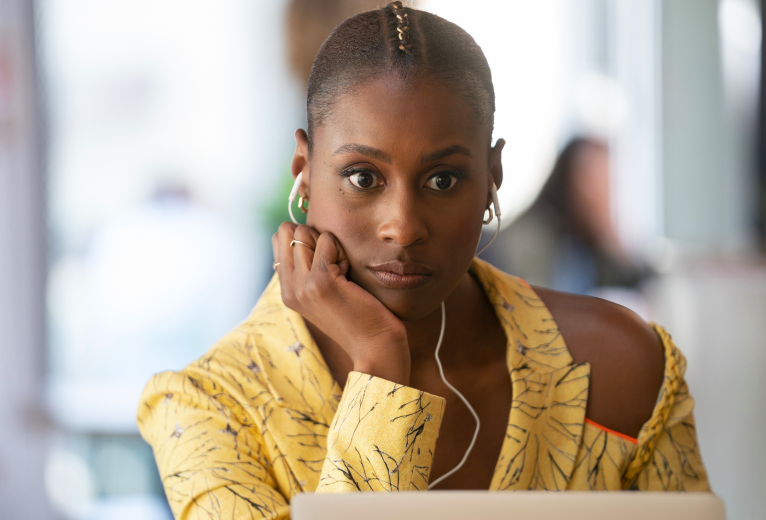 Both Issa and Molly referred to themselves as being different from before and trying to improve. Issa wanted to show that she could pull off the block party and be self-sufficient, while Molly was trying to prove that she could handle a serious relationship and her high-stress job. While they both had good intentions, several times their motives seem to be inspired by proving each other wrong, rather than achieving fulfillment for their own personal growth.

Issa immediately recommitted to Lawrence despite the red flags because she was lacking a sense of self. Molly was determined to stay with Andrew (Alexander Hodge) despite all of the red flags with his family and their general incompatibility (which made me sad because I shipped them so hard). Issa and Molly were willing to make the trade-off between themselves and their romantic relationships to avoid necessary inner-self growing pains.

When examining Nathan’s journey within the series, audiences (myself included) were generally put-off by his ghosting of Issa. However, with new context and insight into his character, Nathan seems to suddenly be the best in show. Nathan did what Issa, Molly, Tiffany, Derek, and even Kelli failed to do: He dropped the things in his life that he couldn’t handle, and he took care of himself.

Nathan clearly had feelings for Issa (and still does) but did the best thing for himself and for her. He knew that he wasn’t mentally ready to pursue a relationship with her, as he was coming to terms with his new diagnoses and sense of self. While the other characters were full speed ahead in their actions, Nathan took the time he needed to be the best version of himself.

His character not only illustrates that Black men do suffer from mental health issues that are not discussed, he also reminds us that it’s okay to take time to figure yourself out without everyone knowing your business.

Tiffany suffered so much from her depression and felt too exposed to even confide in her husband. Lawrence confessed to Issa how depressed he was before their breakup and that he couldn’t tell her at the time how ashamed he was. There are so many repressed emotions in this show, sometimes it feels like everyone needs to go to Dr. Phil. 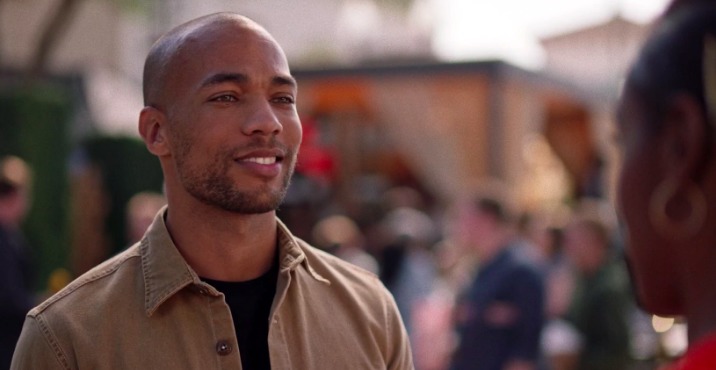 It’s somewhat groundbreaking that the least toxic character in any show is a Black man with bipolar disorder. It’s an unfortunate stereotype that people with bipolar disorder are always unstable and on a roller coaster of emotions, when that’s simply not true. In the case of Insecure, it’s the other characters who are breaking down. One central message from this season seems to be that it shouldn’t take a breakdown or serious diagnoses for Black people to feel worthy of self-care and mental health services.

During the solo Issa episode after the block party fallout with Molly, Issa attempts to take some time for herself. She tries to pick up self-care Sunday again, but ultimately decides to forgo it. There is a sort of discomfort in her aloneness that pressures her to process the argument with Molly. This could have been Issa’s chance to really do some soul searching; however, it turns into a day that drains her soul instead.

Similarly, Molly begins seeing her therapist again (which made me proud of her) but as usual, she doesn’t take guidance well. Molly sees things as very black and white in a very “me” versus “everyone” lens. Her motivation for pursuing help is predominantly for her relationships, instead of her own self-work. Her therapist tries to help her see the nuances of her problems, but Molly’s defense mechanism makes her refuse to see what she did wrong. Her stubbornness causes her more pain and is a contributor to her breakup with Andrew.

Many of us are feeling listless after this season has ended, as Insecure was the calm within the storm of struggles that the Black community is facing now. However, it’s a perfect time to learn, reflect, and process all that this season has taught us. You guessed it: It’s time we all make space for some self-care after the block party. As Nathan shows us, not only is self-care necessary for mental health, but it can also help you grow as a person and friend in unlimited ways.

As activist and feminist Audre Lorde once said, “Caring for myself is not self-indulgence, it is self-preservation, and that is an act of political warfare.” Her website states: “In moments of grief, crisis, or trauma, and in the time before and after, we need each other to survive and thrive.” Self-care needs to be more than a yoga mat and a bubble bath. It should mean therapy, community building and outreach, journaling, and so much more. Season 4 of Insecure has done a beautiful job of reminding everyone that Black Mental Health Matters, and we should not be afraid or ashamed to care for ourselves.