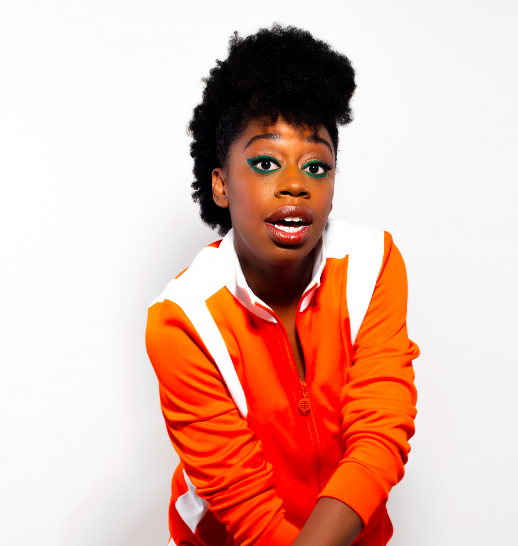 You may not know her name (yet), but chances are you’ve borne witness to the charismatic aura of Diona Reasonover.

The actress cut her teeth in the Second City comedy troupe before making appearances on a number of notable television shows, including Girl Meets World, 2 Broke Girls, Superstore, and Transparent. However, 2018 was a banner year for the Detroit native, and she landed a starring role on one of the most-watched shows on television — NCIS. Reasonover was initially cast as the intelligent, introspective Kasie Hines for just three episodes before being brought on as a regular for the drama’s sixteenth season. Here she talks about her take on Kasie, how she juggles humor and drama, and feelings on diversity in Hollywood.

I want to congratulate you on the wonderful job that you’re doing on NCIS. It’s great to see you there.

Thank you so much. Honestly, it’s a very cool show and I’m very lucky to be on it.

Was it daunting coming onto such a long-running, beloved show that was already highly established?

Everyone was so honestly welcoming and excited for me to be there. It was not daunting. I was really lucky that I was kind of welcomed in with open arms and everyone there — I mean, top to bottom, producers, actors, crew members — everyone made me feel so welcome that it was very easy to come in.

I read that you’ve taken on a number of comedic roles.

I started out at Second City. That’s actually where I started my improv and sketch writing.

Do you find it easy to switch gears for a crime drama?

I do. They’ve written Kasie with like just a little tinge of humor, so it’s fun to always try to find that when it’s possible. Sometimes that humor is play completely straight-laced when you know someone’s trying to have a different conversation and I’m being like, “The case, the case!” Because that’s the humor. It’s a real fun challenge to make sure that I’m always trying to play that and balance that with whatever the flavor of the week case it is. But overall, it’s very fun and it’s pretty fulfilling. I started off in kind of dramatic roles, so this is a nice return.

Did you have any input into developing the role of Kasie Hines?

No input, which is great. I love it because it means I don’t have to think about it, I just kind of go in and try to tune into what it is that I’m given, which is really nice.

Is there anything that you hope to communicate to the audience through your portrayal of Kasie on the show?

I do hope to normalize the idea of women and people of color in scientific roles and leadership positions because usually, it’s not ultimately Kasie who cracks the case. That’s Gibbs and Torrez and McGee and Bishop. But she is an integral part of this. Sometimes I would get messages from people being like, “How dare you talk to people like that?” And I’m like, “Why? What is your problem with this young woman saying, ‘Hey, this is what we’re focusing on? We’re focusing on the case. Let me give you information to help you solve that.’” So, it is a young woman in a leadership position, and I love the idea of normalizing that.

Given what you’ve experienced in your career, do you think Hollywood could further improve on the issue of diversity?

Oh, absolutely. Did you see the Oscar nominees this year? No Awkwafina, you know what I mean? I mean, the cast of Parasite being overlooked. It’s important that people not just pat themselves on the back and say, “We did it.” We did it one year. Great. That fixes the last 70 years? It hasn’t. I think the important thing is to acknowledge that this is a problem and keep busy and keep moving forward to [solve the], I don’t know, maybe “problem” is the wrong word (only because like problem implies that it’s something that can be solved quickly and that there is one solution), rather than looking at it as an issue as a whole and figuring out how we can strategize to ensure that this doesn’t continue to happen.

Do you have a long-term goal, something you’d like to accomplish in your career?

I think maybe just an EGOT. Me and John Legend, right? He already did it, so I gotta catch up.