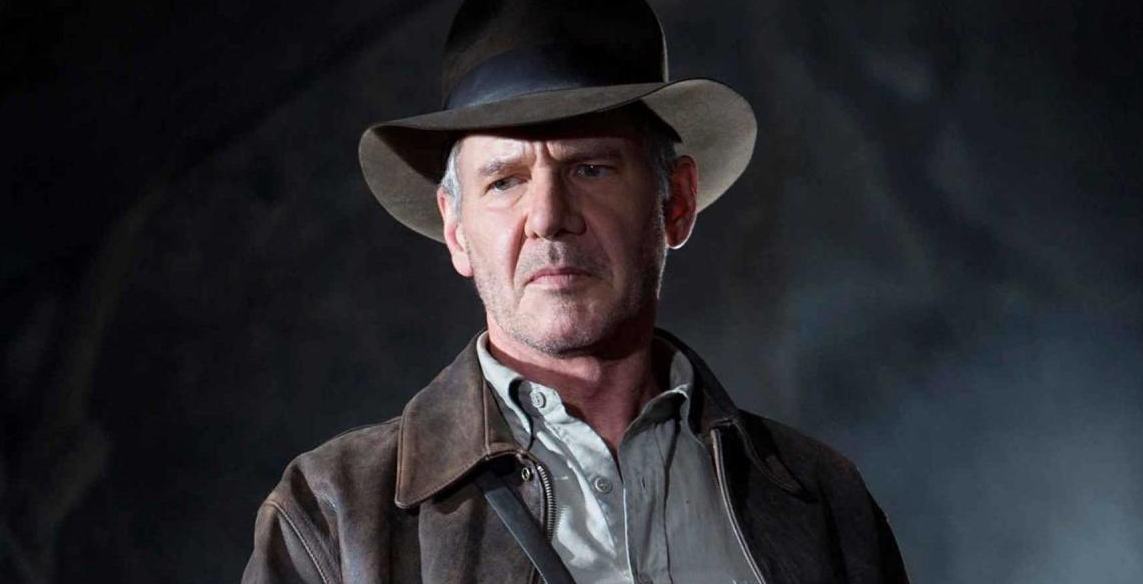 In Black Panther’s now famous museum scene, Erik Killmonger (Michael B. Jordan) responds to the museum curator’s statement, “These items aren’t for sale,” with the ever resonant: “How do you think your ancestors got these? You think they paid a fair price? Or did they take it like they took everything else?”

In three concise sentences, Killmonger summarizes all that is wrong with the modern museum and the colonizer mentality that displaces sacred items far from the peoples to whom they belong, with no recourse for return or even acknowledgement of the cultural and social theft that has occurred in the process.

Over the course of four films and a fifth on the way in 2023, archaeologist-adventurer Dr. Indiana Jones (Harrison Ford) is positioned as an American hero as he travels the world in search of objects and information that he claims will contribute to the collective and global knowledge bases represented by the Western university system.

“It belongs in a museum,” Dr. Jones constantly says, firmly situating himself in the exact same camp as those whose cultural appropriations he is constantly fighting against. According to Dr. Jones, these artifacts don’t belong in just any museum, they specifically belong in his university museum, where he can conveniently get credit for securing them. Also, Indiana Jones seems to have forgotten that the museums of his own era aren’t exactly accessible to general audiences, let alone the peoples from whom the objects have been taken.

From the perspectives of those who have been violently colonized and experienced the horrors of forced assimilation and even genocide, the modern museum is not the bastion of knowledge that Indiana Jones and his allies pretend it to be. Rather, it’s a glorified display of wanton grave-robbing from around the world, the results of the looting of sacred sites and culturally valuable items justified through a lens of white supremacy.

There is very little in a museum that actually belongs there. But through the Indiana Jones franchise, the exact opposite is promoted as Dr. Jones and his colleagues continue an ongoing pillaging project that takes them through Central and South America as well as the Middle East, Africa, and Asia as they meddle in the trafficking of items that categorically don’t belong to them, often across continents. This vicious dynamic is framed within a white savior narrative that is inherently racist even before we get to the actual events on screen in Indiana Jones movies.

Raiders of the Lost Ark opens with Indiana Jones in Peru breaking into a tomb, stealing a sacred idol, and replacing it with a bag of sand as booby traps set off all around him. Thanks to Jones, this one act sets off a series of events that lead a group of Nazis to the Ark of the Covenant as they seek immortality for their designs of global domination.

“I hate Nazis,” becomes another Indiana Jones catchphrase, and he ably defeats some of them in Raiders. Ironically, though, Nazis were actually inspired by the United States’ very own Jim Crow laws, centuries of slavery, and institutionalized racism that Nazis actively used and integrated into their campaigns to eliminate Jews, Romani, disabled, and LGBTQ communities altogether.

Raiders might have taken place in 1936, but Jones’ narrative distancing from the reality of his own era actually reflects a 1981 perspective that had already begun whitewashing the slavery and segregation eras of American history through this adventure tale. There are multiple levels of colonization going on in Spielberg’s opus, extending far past what’s on screen.

Things only get worse as the franchise rolls on through the years. As a Sri Lankan American who has lived in India, I have found myself haunted by Indiana Jones and the Temple of Doom‘s open racism against Asian countries and cultures as monoliths. From its Chinese villains to Indian ones, Temple of Doom literally demonizes Asian people on screen, presenting Indians in particular as snake and monkey-brain eating savages who kidnap and subjugate children while worshiping a demonic fictionalized version of Hindu goddess Kali who demands human sacrifice.

If I had a dollar for every time someone has asked me what monkey brains taste like I could put a down payment on a house, even in this economy. Worse, Temple of Doom wasn’t even filmed in India. It was actually filmed in Sri Lanka; you can even hear the villagers speaking Sinhala in the fore and background, not Hindi.

Here we see Indiana Jones’ colonizer, white savior mentality infest the screen as Spielberg collapses two distinct cultures into one Brown lump for white audiences, correctly assuming nobody would know the difference between India and Sri Lanka, and forever setting a cultural wallpaper that includes levels of depravity and savagery decades later that real-life South Asians still can’t escape when in the Western gaze.

In the next Jones adventure, The Last Crusade, the man in a panama hat (Paul Maxwell) who uncovers the Cross of Coronado in Utah that a young Indy (River Phoenix) fights as a teenager is framed as a villain. Yet, Indy goes on to base his field “look” as an adult on this supposed villain. Indy believes himself to be better because his motivation isn’t money but rather intellectual colonization — as if that’s somehow more noble. It isn’t.

All the while, this third installment of the Indiana Jones franchise conveniently leaves out how the Knights of the Crusades were themselves colonizing forces across the Middle East and Europe, converting people by force and mass murdering those who refused. It also once again frames Nazis in opposition to good Americans, leaving out crucial pieces of the USA’s history that inspired the Nazi’s genocide and global domination projects.

By the end of Temple of Doom and Last Crusade, we find out that Indiana Jones actually does understand that some things categorically do not belong in a museum. In Temple of Doom he returns the Shivalingum stones of the Mayapore people to them, restoring their thriving village and overthrowing the evil maharaja (who was backed by colonial British forces). By the end of Last Crusade he realizes that some objects are too powerful for public awareness, let alone consumption as he allows the Holy Grail to disappear into the deep mountain cavern of Alexandretta.

This indicates that Indy has always known that museums aren’t the end all, be all repositories for artifacts. He only applies that knowledge selectively. When Indiana Jones returns 20 years later in The Kingdom of the Crystal Skull, for the first time he is dragged into a deadly artifact hunt against his will. But his racist and culturally insensitive quips have not changed, nor does he yet have the self-awareness to recognize he is exactly the same as the colonizers out there seeking to enrich themselves or unnaturally increase their power.

Ultimately it’s not just Indiana Jones who’s a colonizer, it’s also the entire creative team of Spielberg and company who have and continue to promote a racist, colonial gaze decades past its expiration date. Reviving a franchise as problematic as this one in the current context of encroaching fascism in the United States and whitewashing American history in schools so as not to make the colonizers’ descendants feel badly about their past sends the opposite message to what we need.

Even if Indiana Jones 5 situates itself in the civil rights era of the 1960s, will it address and take responsibility for all of its own colonizer legacy over the years? Or will it bury its head in unacknowledged past missteps, continuing to promote a historically inaccurate version of an American good guy with a gun? If it’s not self-reflective and retroactively professing attrition for the many harms the figurehead and stories have caused, we categorically don’t need it.

What we do need is for museums to return all the items they’ve looted from around the world, and most especially the sacred and religious ones.