A love letter to the ’80s classics that captivated a generation, Stranger Things is set in 1983 Indiana, where a young boy vanishes into thin air. As friends, family and local police search for answers, they are drawn into an extraordinary mystery involving top-secret government experiments, terrifying supernatural forces, and one very strange little girl.

The Hall H presentation of Stranger Things season 2 had every attendee reeling with excitement.  Before the cast and crew came out to greet us, applause and cheers from the crowd echoed through Hall H in anticipation for the long awaited journey of our favorite characters: Eleven, Lucas, Dustin, Mike and Will who will now embark on a new series of adventures with a Halloween theme attached to the story. 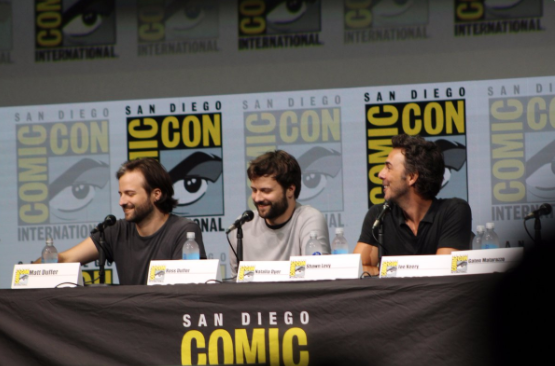 The panel was hosted by comedian Patton Oswalt who first introduced the Duffer Bros to the stage. One interesting factoid that was brought up in the discussion was the popular opening title font for Stranger Things we have all come to love.  It was confirmed by the Duffer Bros that it was in fact influenced by Stephen King book covers.  Director Shawn Levy also added when asked about the reactions of people to the show, “we didn’t think anyone was going to make or watch it”.  The nostalgia of Stranger Things is certainly what attracted a lot of us to this show, but its story is what made us fall in love and is what resonates with us the most. 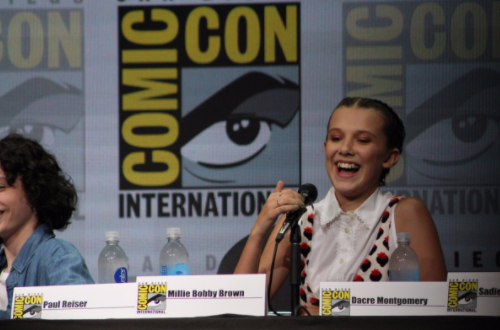 Millie Bobby Brown who plays Eleven was asked what was the most challenging thing about working on Stranger Things and she said that scenes, where she had to get very emotional and start crying, was the most difficult scenes to film. On a lighter note, one of Brown’s favorite scenes to film were stealing Eggos from the supermarket.  Finn Wolfhard who plays Mike said one of his favorite scenes was in the beginning when they all play Dungeons and Dragons (also known as DnD) together.  I can completely agree with Finn on this one it’s definitely one of the scenes that hooked me in at the start.  Caleb McLaughlin who plays Luke says that he was excited for every scene in the series, and really appreciated the world building around the show. 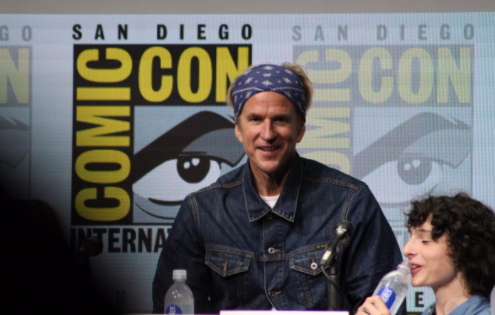 We’ll also expect a wildly different arc from Chief Hopper as he goes on his heroic journey in season 2 which is what actor David Harbour shared with fans.  Matthew Modine greeted the San Diego crowd as a local himself but was tight-lipped about what we can expect to see from his role as Dr. Martin Brenner.  We’re all curious to see what ulterior motives he has up his sleeve this season. 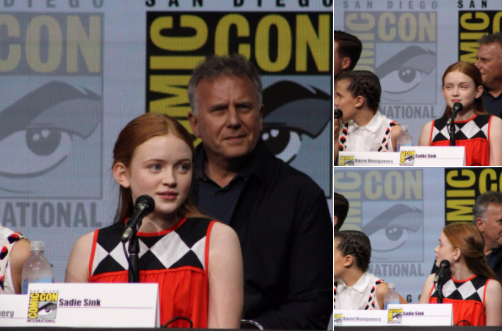 There have also been some new additions to the cast.  Actress Sadie Sink who plays Max is a new friend to the group and Dacre Montgomery also joins as Billy.  Veteran actor and comedian Paul Reiser who plays Dr. Owens from the Department of Energy. He’s responsible for containing the events of the previous season. 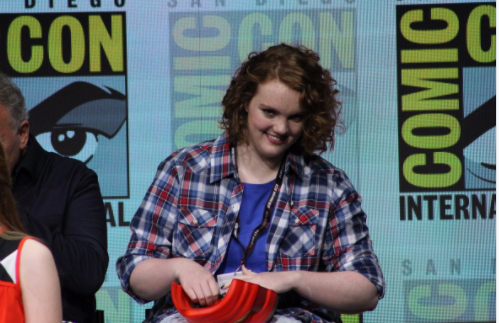 An unexpected and comical moment happened when Emmy-nominated actress Shannon Purser who played fan favorite Barb; graced the stage and asked if she was coming back in season 2.  To which one of the Duffer Bros replied explicitly “no”.

As everyone was basking in the excellence of seeing the cast and crew on stage, we finally got the reveal we have all been waiting for with bated breath.  The season 2 trailer!  If you have not seen it yet, here it is!