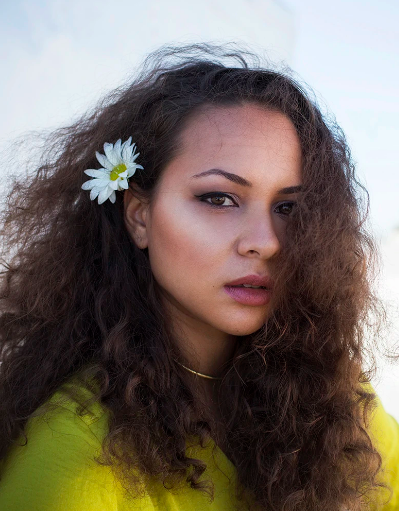 This July, audiences were finally graced with the hit-Broadway musical Hamilton arriving on Disney+. This amazing show, created by Lin-Manuel Miranda, has captured the hearts of many, as it highlights the importance of taking a stand when it comes to forming history.

With a cast of characters cherished both on and off-screen, the show has garnered one of the most spirited fan bases of any musical ever.

BGN was able to catch up with one of the beloved Schuyler sisters: the notorious Maria Reynolds, AKA Jasmine Cephas Jones. Jones’s amazing talent for not only being a phenomenal actress and singer but also taking on two very different personas in one show has left audiences everywhere feeling inspired.

Jones immediately presents herself as beautiful both inside and out with the warmness, honesty, and grace she puts into her words.

After Hamilton, Jones was still nonstop with her ambition, as she began writing her own solo artist album called Blue Bird. The album gives listeners immediate goosebumps as Jones’s sultry and rich voice makes all jaws drop.

From being drop-dead gorgeous to having a unique and authentic voice, Jones continues to steal the hearts of many.

Jones shared with BGN about her new album and Hamilton insights.

BGN was eager to ask Jones about what inspired her to write Blue Bird, which she produced and recorded herself.

“I wrote Blue Bird after Hamilton and I came to L.A.,” she told us. “I was in this melancholy blue place, and people had been asking me if I wrote music before. And I was like, ‘No, I’m not a writer. I don’t really write.’ I started writing because all of these feelings that I was feeling. The first song that I wrote in L.A. was ‘Wild Thing.’ I wrote what I was feeling. I kept going to these parties that felt like I was around a lot of fake people.

“That’s where it started. Over a year and a half, I just kept writing. I kept finding a lot of people that were my friends that I was collaborating with on the album. It was a place where I could relieve what I was feeling at the time. I wrote it down with a pen and paper and that’s how it all started.”

Jones’s album reflects the sadness she experienced when feeling out of place in L.A. It has a melancholy that resonates with many people experiencing sadness during difficult times, especially now.

Jones explained that she wants people to know it’s okay to feel down. “Be in the moment, and know that these feelings aren’t forever and that there’s a light at the end of the tunnel.”

BGN was dying to know what Jones’s favorite song from the album was and if there is one that resonates with her the most.

“Oh, I love them all,” she said. “I think ‘Alice’ is something that I’m extremely proud of. I think it’s such a beautiful song, all the way down to the orchestration of the strings and the harmonies. It’s a song that’s really out of the box. I just went for it.

“I did everything that I needed to do with the song and didn’t really think about anything else. I feel like when you listen to it, you hear so many genres, even down to the musicality of it and the orchestration. I’m pretty proud of it. That song kind of gets me every time.”

BGN was excited to ask Jones how she felt about watching Hamilton on screen when it was released on July 3, 2020.

“All of these memories started coming back to me. Knowing that we had just finished the Tonys, we were all so tired, and we still gave 110 percent on that stage is amazing to me — to be able to be a fan of all my cast members and to see all of the things that I couldn’t see on stage or backstage or changing or whatever I was doing. To be able to experience it as an audience member was amazing. I was in awe of everybody on that stage and how much work and effort they gave.”

Jones reflected on her feelings further. “Tommy Cale was able to capture a theater experience on film. The piece was all put together.”

BGN asked Jones how people have been reacting to seeing Hamilton on screen for the first time.

“I think people love it. I really do. I think people are inspired by it. It’s giving people some hope right now, something hopeful to watch, inspiring to watch, in a very, very changing climate that we’re in right now. I think it’s been a lot of positive energy for sure.”

Jones’s double roles of portraying Peggy and Maria continue to be interesting, as the characters are such contrasts to one another. Peggy is the quietest of the three sisters with a very innocent demeanor, while Maria is portrayed as being very seductive and assertive.

BGN wanted to know what it was like to perform as Peggy versus performing as Maria.

“Peggy is, you know, the first act,” Jones said. “It’s just really fun for me. I get to laugh and connect with my sisters and really show the love and support that these women have for each other and how important that is. I get to just be like this witty-witty girl running around the stage.”

However, during the second act, Jones portrays a very different character.

The final question BGN had a burning need to ask was if Jones was eager to return to stage auditions and performances after the pandemic has ended.

It will be a joy to see Jones showcase her voice on stage once again for her own album once the theaters reopen.

There is no doubt about it when it comes to Jones’s strong heart, talents, and determination, fans are truly more than a little satisfied.

Renée Elise Goldsberry Says, “You Could Win a Tony for Singing a Song That Lives on Your Break”