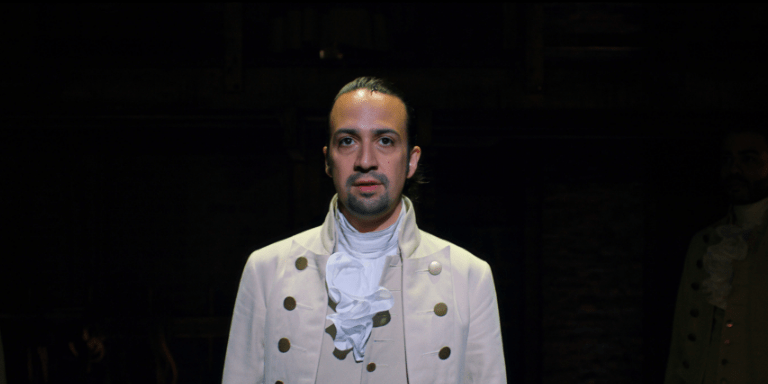 It’s time to rise up as the hit Broadway musical Hamilton is now available on Disney+ for streaming. The awe-inspiring show written and directed by Lin-Manuel Miranda has redefined musical theater forever. It seems that no matter how many times audiences watch this show, on stage or on screen, they will never be satisfied without hitting the rewind button like they’re running out of time.

Since it’s opening in 2015, Hamilton has inspired a nation. Whether it’s good, bad or a little bit of everything, everyone has something to say about this show.

From the illumination of immigration, slavery, diversity, war, love, politics, race and so much more, there is not a single person who doesn’t have some connection to the show’s major themes.

There are some that criticize it for historical inaccuracies or not covering “all of slavery” or “all of Hamilton’s story.” However, those critics are missing some very key facts.

No Broadway show, no matter how fabulous (I would know about fabulous Broadways, since I am one) can cover history completely. However, Hamilton does a better job than any of the history books that children grew up reading ever will.

There have been generations of children and adults who never learned or cared about the story of Alexander Hamilton because he was just another white “founding father” and his story never involved stories of Black people, immigrants, or women.

Hamilton isn’t about covering historical events perfectly, as that’s impossible. It is, however, about telling an important story.

Most of the U.S. history books were crafted through the perspectives of the colonizers and slave-masters. Miranda boldly challenges that normativity by exploring what it would look like if Black and Brown people told the story.

Miranda inserts Black voices back into a narrative that has discounted and dehumanized them for generations. He does this by bringing together an inspiring cast made up of Black people, Brown people, immigrants, women, and other marginalized communities that are invisible within the stories of the so-called founding fathers.

Hamilton gives audiences something much better than line-for-line historical facts — it gives viewers a glimpse into radical imaginations of Black futurity.

This may seem contradictory. Black futurity is defined as a performance of a future that has not yet happened, but Hamilton is a musical that takes place in 1776, the year the country began.

However, Miranda crafts a world in which the marginalized are the ones who live to tell the story. This may be the one of the first times in Broadway as well as any platform that there isn’t a white man calling the shots as an actor, writer, or a director. It is as the Hamilton writers described, about “America then, as told by America now.”

With almost every industry in the United States dominated by white people, Hamilton refuses to be helpless.

The pandemic has caused theaters to close, but the message of Hamilton has never ceased to reach communities with its loud message. In the midst of this new wave of Black Lives Matter protests, the cast has reminded everyone of how resilient and formidable Black joy, rage, music, and expression can be. They highlight hip-hop, R&B, pop, soul, and traditional-style show tunes, which were all created and influenced by Black people and experiences.

“We, sir — we — are the diverse America who are alarmed and anxious that your new administration will not protect us, our planet, our children, our parents, or defend us and uphold our inalienable rights. We truly hope that this show has inspired you to uphold our American values and to work on behalf of all of us,” Brandon Victor Dixon (Aaron Burr) explained.

Following the intense 2016 election, the cast was challenged by the anti-Black and anti-immigrant rhetoric and policies introduced by President Trump. Despite their fears for not only the performances, but also their lives, they decided the show must go on.

From being celebrated by the Obama administration and Miranda working with Obama to support Puerto Rico’s economic stability and access to education to Trump attacking the cast via Twitter for affirming their lives were important, the disconnect made the stage its own battleground.

Now, in 2020, as we are coming head-to-head with our next presidential election and the police and ICE agents are taking the lives of innocent people, Hamilton’s presence on Disney+ is once again helping to inspire the movement for change. Look at where we are — we’re facing the unimaginable.

The musical reminds us that in a pandemic, death doesn’t discriminate between the sinners and the saints; it just takes and takes. Yet, disaster never stops reminding people that they cannot hesitate when it comes to making change and choosing love anyway. Even if we rise and fall a million times, it’s worth the wait to reform the world.

The cast of Hamilton illustrates diversity and collectivism that defines what a better America would be if marginalized communities were treated with dignity. Miranda (Alexander Hamilton) is Puerto-Rican and Mexican, Phillipa Soo (Eliza Schuyler) is a second-generation Chinese American, Daveed Diggs (Marquis de Lafayette/Thomas Jefferson) is African American and Jewish, Leslie Odom Jr. (Aaron Burr) is Nigerian American, Jasmine Cephas Jones (Peggy Schuyler/Maria Reynolds) is Black and multiracial, Jonathan Groff (King George III) is gay, Christopher Jackson (George Washington) has a son with autism, and Renée Elise Goldsberry (Angelica Schuyler) is a Black woman with an adopted daughter from Africa. This is what America looks like, and this is the America that needs defending and amending because, like independence, it’s full of contradictions.

The cast is from different walks of life and has experienced discrimination in varying ways. It’s a dangerous day for white privilege when the colonized wear the skins of their colonizers and reanimate them into a liberating truth of their own.

This extraordinary cast reminds the world that activism and social change are not only achieved by frontline protestors. The arts have always been part of the movement. Five years after its Broadway opening, Hamilton is still reminding fans of all ages that in the fight for justice, “dying is easy, living is harder.”

Hamilton’s resolve to never stop being relevant to the world reminds us that the Black Lives Matter protests have always done the same. The tenacity to challenge power structures in pursuit of social change isn’t just a wave for some to ride.

Black Lives Matter is knowing that it has taken many generations and will probably take more to alter an entire corrupted American system. The show reminds us that when it comes to a revolution, “I may not live to see our glory. But I will gladly join the fight. And when our children tell our story. They’ll tell the story of tonight.”

Black Lives Matter is also about immigrant lives, about Indigenous lives, people of color lives, LGBTQ+ lives, women’s lives, and intersectional lives standing together to rebuild a broken system. There would be no America without immigrants — they get the job done, but are never given the credit.

Although activists are often outmanned and outgunned in this battle for liberation, life is too short not to say what you stand for, even if it gets you shot.

As so many people choose whether or not to wear a mask in a global pandemic, defend Black lives during a police sanctioned genocide, protect immigrants from ICE, and be a part of the movement, they must never forget that history has its eyes on them.

From Broadway herself, thank you to the cast of Hamilton for decolonizing the theater and reminding advocates for change to never throw away our shot.