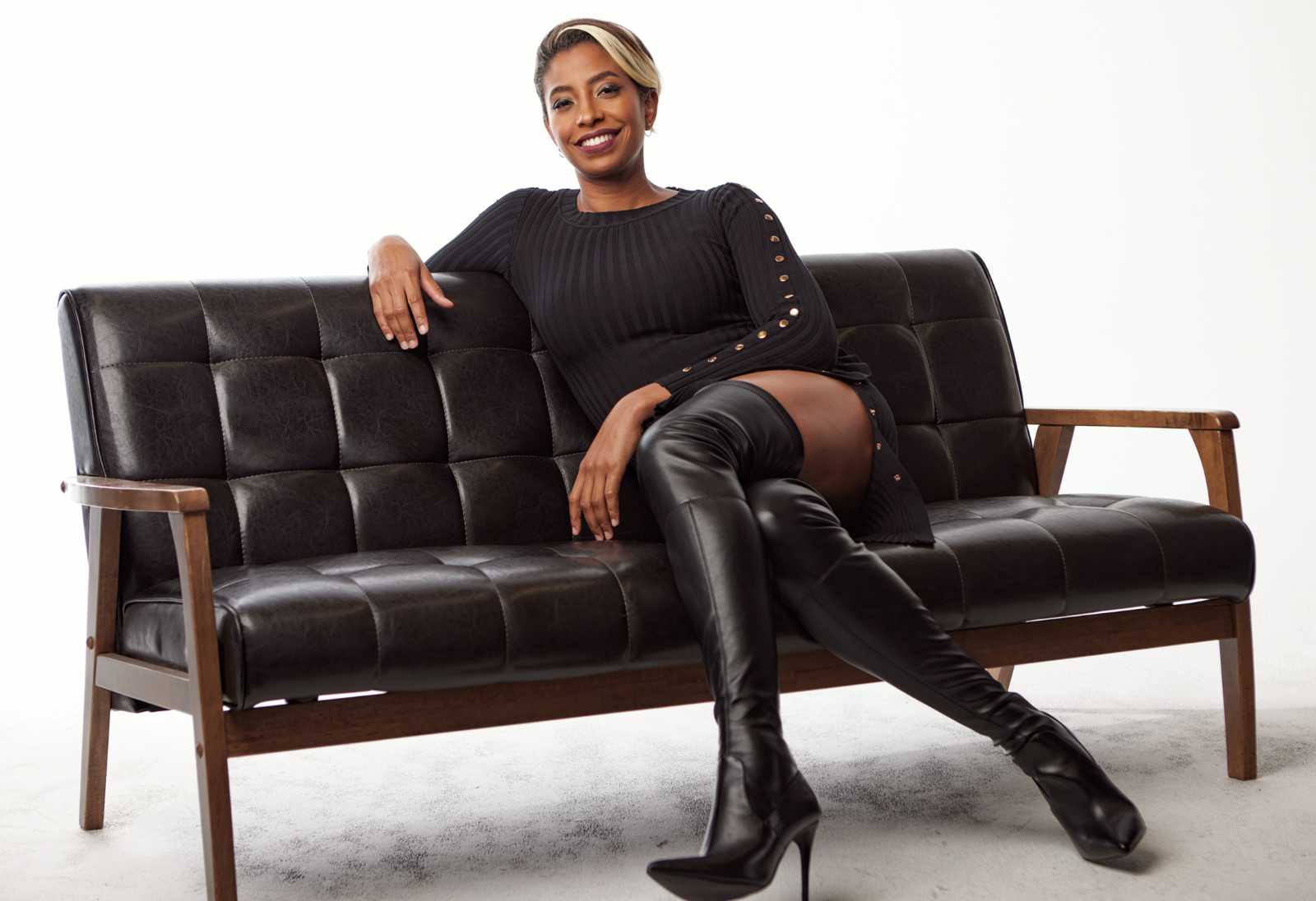 Imagine leaving the security of working at one of the top health clubs in New York City to start your own personal training business. By chance, you end up renting space, partnering, and training martial arts with a couple who have a martial arts academy where a lot of the New York stunt community goes to train. As your martial arts skills improve, one of the women notices your excellent fighting skills and asks you if you have a headshot and resume so she can pass your name around.

That’s how Jénel Stevens got into stunt coordination and working as a stunt double on Marvel projects like Black Panther, Falcon and the Winter Soldier and, most recently, as a fight choreographer and Viola Davis’ stunt double for The Woman King. BGN spoke with Jénel Stevens via Zoom the week before the opening of the highly anticipated film.

The training process for the actors in The Woman King was no joke.

I’d pop in, watch the actor’s process, and join in when I could, but I was on a completely different schedule. So I knew what Gabby [Davis’ personal trainer Gabriela Mclain] was putting them through, and I put myself through the same regimen. My personal training background definitely helped. I stole some tips from Gabby, and she really whipped everybody into shape. It was just amazing to watch and to hear all of them cursing her out behind her back. [Laughes.] But that was a motivation for me to push myself as well because I knew I was doubling Viola.

How did it compare to training for Black Panther?

The training was very, very different between the two. Danny Daniel Hernandez, fight coordinator for The Gray Man, The Old Guard, Birds of Prey, Avengers: End Game and more] is in my lineage of martial arts. So I was very familiar with the style there. In Black Panther, the staff was the biggest weapon used as the spear, and it was used in a more flowery way. We went through hours and hours of training because we had to be one solid military unit.

I’m thinking the fight choreography in The Woman King is more realistic.

Absolutely, yes, this is more functional. They were going to war in the 1800s. A lot of these weapons are ones that we hadn’t really seen before, but we were able to manipulate them. Nanisca [Viola Davis] had her spear, but there were a lot of machetes involved and single-shot rifles. I put the women through a lot of different drills, and Danny and I shared the same mindset. I put together a lot of small sequences that the actors could remember that didn’t necessarily translate into the choreography. We focused on just being comfortable with the weapon, learning how to wield it, and taking basic strike patterns so they didn’t have to think about it. The weapon was just an extension of their hand.

What are the most intellectually stimulating aspects of doing fight fight choreography and being a stunt performer?

I think it’s completely empowering.  We shot in South Africa, and for many of the performers, this was their first job. Many came from the dance world or different aspects outside of fighting. They had been training, but when I arrived, I don’t think they had had a Black female leading the training before. So when I walked in, I automatically felt their respect. I felt that I had a responsibility to these women and the little girls and the women who will watch this film, who need to know that this is possible and that they can do this job just as well as men can.

That is the most stimulating aspect of this project for me. Black women can do this. We are strong enough to do this. And this is also why it was such an honor.  I’m grateful to be a part of this movie because it gives that message in and of itself. And then, obviously, all the work put in to make this movie is the bottom line: we can do this. To be in South Africa with a whole team of Black performers — the pride that I felt with them because they were not seasoned stunt performers — they came from different backgrounds, they were thrown together, and they did a hell of a job. It warmed my heart to see work we put in and practice come to fruition in such little time.

You’ve worked on everything from TV shows in Marvel Universe and action films. How do you prepare yourself for demanding projects?

First thing, I just stay in shape. I keep up with my martial arts training. A lot of times being on projects like this, you have martial artists on set, so it’s great to be able to train with like-minded people, even though you’re not in your own lineage. It’s just really about being adaptive with everybody on the project. And that’s what I love about it. It’s different every time. It’s never the same. I love the newness of going from job to job.

Talk to me about the importance of nutrition in your training process as you travel.

Finding the food is sometimes difficult, but nutrition is 80% of the game. I used to be a nutritional counselor when I was a trainer at Equinox. No matter how much you train, you could be in the gym four hours a day, but if you’re eating cheeseburgers afterward, it’s not doing your body any good. You must find the food that works for you. It is hard traveling to different countries, and our digestive systems are used to certain foods. Sometimes you just have to go that extra mile to go to the grocery stores or find the food that works for you.

Were you a part of the collaborative process for creating the stunts?

I was involved in a lot of it. We had so many people, so we had different units running to get everybody on the same page.

I just recently got married. We’re still on cloud nine. He’s my best friend. I love him to death. I married a good one. He’s one of my biggest supporters.