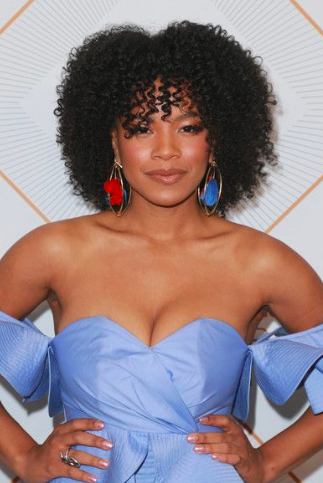 Directed by Denzel Washington (Mo’ Better Blues, The Equalizer) the search has finally come to an end for Michael B. Jordan’s (Black Panther, Creed) opposite lead in the form of Chante Adams.

The film written by Virgil Williams, tells the true story of Pulitzer Prize-winning journalist Canedy’s love affair with First Sergeant Charles Monroe King. King kept a journal full of poignant life lessons for their newborn son Jordan while deployed overseas. He was killed in Iraq in 2006 when Jordan was just seven months old, but his spirit lives on in his messages of love to Dana and Jordan Deadline Reports.

Todd Black, along with his Escape Artists partners Jason Blumenthal and Steve Tisch, are producing along with Washington and Jordan, who will produce through his Outlier Society banner. BRON Studios’ Aaron L. Gilbert is also producing. Jason Cloth is executive producing via Creative Wealth Media according to Deadline.

Outside of Roxanne, Roxanne Chante Adams can be seen in The Photograph, Bad Hair, and Monsters and Men. Although there is no set release date for Journal for Jordan, audiences can see Michael B. Jordan in some other upcoming projects Wrong Answer, Methuselah, and Tom Clancy’s Without Remorse.