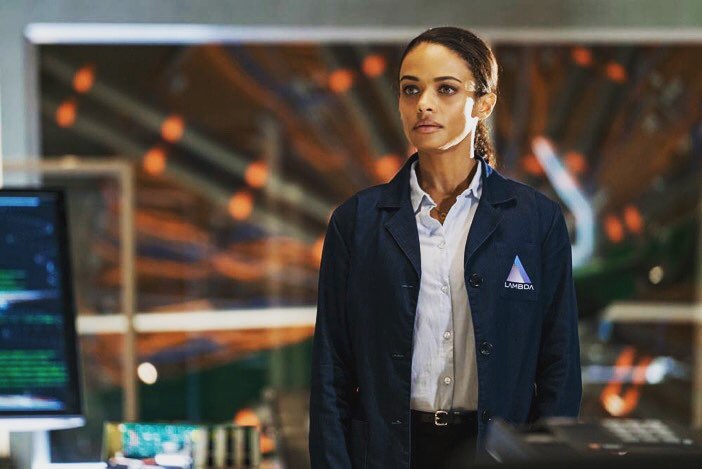 BGN: Have you had an experience with the supernatural?

Kandyse McClure: Life is pretty supernatural. I think we all have superpowers we just have to tap into them. Empathy for example, or leadership.

BGN: You deal with a lot of special effects on your show Ghost Wars. What was the hardest scene for you to film — when there was really nothing in front of you?

KM: We shot in front of a green screen in the loading dock of the studio. There was nothing but a wind machine and noise from the outside world. It was surreal. We had to block out that reality and focus on each other.

BGN: Since you were born in South Africa, how did you get an opportunity to become an actress?

KM: I always say by accident, but in hindsight it wasn’t. I’ve always loved performance. I did a play, Athol Fugard’s Valley Song, where I basically played myself. I caught the bug then and there.

BGN: What was your first big breakout role?

KM: Playing Sue Snell in Bryan Fuller’s telling of Stephen King’s Carrie. It was one of my early lead roles and a positive colour blind casting at a time when interracial couples weren’t so visible on Network TV.

BGN: What was it about Vancouver that made you want to make it your home?

KM: My mom chose Vancouver. It took me awhile to warm up to it actually. I missed my friends and community in South Africa. I still do. I can’t imagine being based anywhere else now, though. This city is like living inside a postcard. Even in the rain…

BGN: What is the biggest obstacle you face in Hollywood? How do you deal with overcoming it?

KM: Everyone has a hurdle to overcome. The work will teach you a lot about yourself, if you’re open to it, and that can be challenging. If I’m not growing, I’m not moving forward. So many external barriers are coming down in mainstream Hollywood, ideas about who can do what are changing. So, the battle is internal. Self-limiting beliefs and old patterns.

Meditation and exercise. Engaging with others, having friends, mentors and a great team around me. The practice of failure and discomfort so that it almost becomes a welcome feeling. It means something is changing in or around me.

BGN: Who is someone in the business you are dying to work with?

KM: There are so many incredible female directors I’d love to work with. Stella Meghie, Reed Morano, Sarah Polley, Ava Duvernay… I could go on.

Women are being celebrated in the places we’ve long occupied. We worked with a couple of fantastic directors; Kristin Lehman and Leslie Hope on Ghost Wars. These women are out there making a difference in this industry.