BBC America’s Killing Eve is back for its sophomore season.

Like so many on the planet, I was captivated by the show in 2018. The dangerous, absurd, comedic psychological thriller centers two women, performed by two incredibly talented actresses, Sandra Oh and British actress, Jodi Comer. Oh recently made history at the Golden Globes, as the first Asian woman to win best TV actress in 39 years. She was also the first person of color ever to host the ceremony in its 75-year history.

To recap, Oh, who collaborates with writers as associate producer, plays American Eve Polastri. In the beginning, she is a bored, desk-bound worker at MI5, who assesses risk for high profile foreigners that visit London. However, she’s long-held a desire to be a spy and hopes her wishes will come true when seasoned MI6 agent Carolyn Martens notices her. Drawn to Eve’s fanatic interest in women assassins, Carolyn seeks her out. “I believe there is a female assassin working internationally and she’s targeting some influential people. She doesn’t have a signature, but she certainly has style. She’s outsmarting the smartest of us,” says Eve. Carolyn appoints her head of a secret MI6 unit, that allows Eve to feed her deepest fantasies finally.

In the new role, Eve tracks down Russian, Villanelle, performed by Comer. She is an exceptional, stylish, psychopathic killer and the woman the agent suspects is responsible for a string of murders. Coincidentally, there is a mole in MI6. This enables Villanelle to learn about Eve and her new department tasked solely with tracking her down. 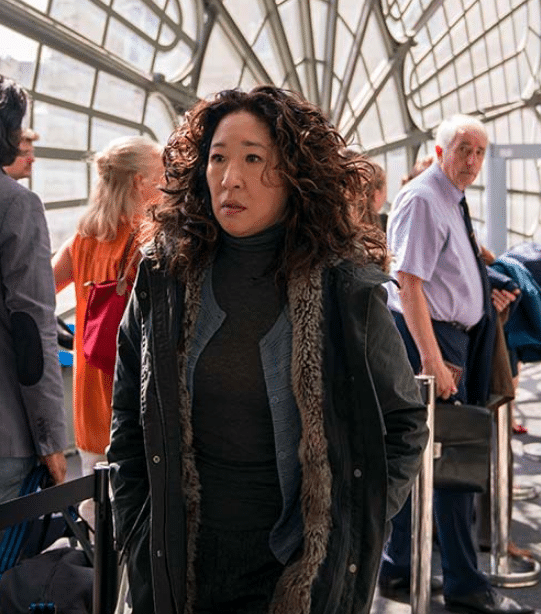 The women entertain a cat and mouse chase that escalates into a high-stakes, cat and cat obsession. Their relationship grows so intertwined it becomes difficult to think of one without thinking of the other. In a culmination of their need for each other, (Eve’s hunger for Villanelle’s excitement, Villanelle’s desire for Eve’s “normal” life with a husband and a house), and after her boss fires her, on a rogue mission, the secret agent hunts down the Russian to her apartment in Paris. Though Villanelle is absent, Eve breaks in, indulges in her champagne-filled fridge and trashes what she calls a “chic as shit” flat. Upon the woman’s arrival, they end up in bed together, where Eve secretly pulls out a knife from beneath her clothes and stabs the killer in the gut. Equally stunned, they freak. The finale ends with the wounded Villanelle vanished without a trace.

I watched the first couple episodes of the second season. We are dropped into the narrative thirty seconds after the attack. Within moments, brilliantly, the only sound we hear is the heavy scattered breathing of Eve and nothing else. Panicked, she races down the stairs, touches blood on the railing, and exits Villanelle’s building, not knowing whether she is dead or alive. Manic and alone, there is no telling what Eve will do next.

When we met Villanelle, she was a polished, pulled-together, in control operative, who wore designer labels and lived a lavish Parisian lifestyle. However, here we see her spiral to what may be her lowest point. The transformation is intriguing. We catch up with her in severe pain, bleeding uncontrollably and attempting to get to a hospital. Her wardrobe goes from homeless man’s coat, unflattering hospital gown, unattractive clunky nurse Crocs, little boy pajamas — to random stranger clothes she discovers in a laundromat. Sick, tired, alone, and unsure about her job standing, she’s on the run.

It seems like a difficult metamorphosis to pull off, but Comer does it excellently. She’s said in interviews, it took time to “sink into her” character, to get comfortable and “find [her] way” with the assassin, to know well how she’d react or wouldn’t react to situations and challenges. Her efforts paid off. Comer’s Villanelle is funny, physical, and graceful. She demonstrates desperation and vulnerability so tangible to the audience that we find ourselves rooting for the otherwise abhorrent killer.

“Never trust ppl on their looks Gabriel, you can see scary people a mile away. It’s the good people you have to worry about,” Villanelle advises a young patient she befriends in the hospital. It’s a line to pay attention to. Especially, after we learn a new killer is on the loose. 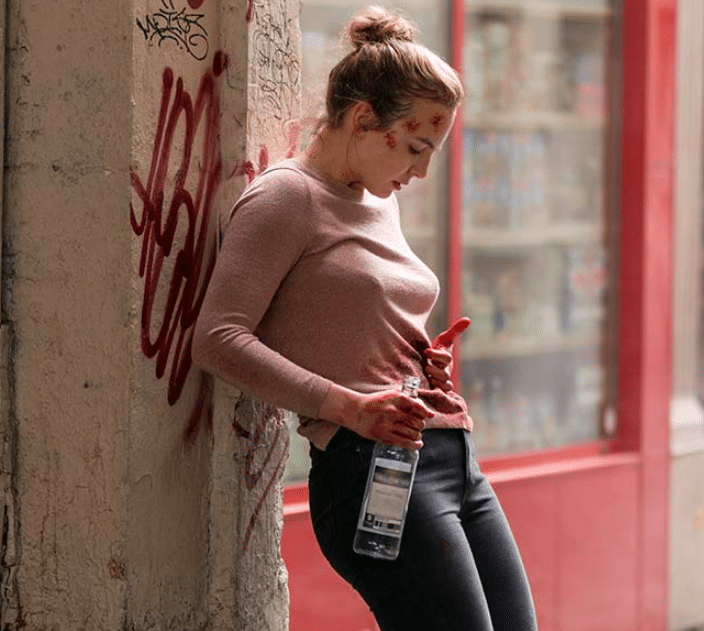 Desperate for answers, Carolyn rehires Eve to work on a curious case, who quickly suspects that a new female assassin is operating. Through research, her team discovers that unlike the attention seeking Villanelle, this killer is “invisible.”

“What kind of woman doesn’t anyone pay any attention to?” asks Eve.

“Someone who can go about their business without anyone noticing because what they do is seemingly uninteresting, they’re not important. It’s the kind of woman who people look at every day and never see…like an immigrant worker,” she says. Thus, the program touches the political and social waters of immigration. Let’s hope they take a deep dive. New Brexit concerns, conversations, and challenges arise every day, making London, where the show is based, the perfect backdrop for an exploration of the topic. To explore the immigrant experience in an intriguing, entertaining and yet poignant way is much needed in television, but its also a tall order. However, Oh who famously thanked her Korean immigrant parents live at the Globes may be just the right woman to undertake such an expedition.

The second season of Killing Eve premieres this Sunday, April 7th on BBC America. To enhance the experience, I recommend rewatching the first season. You’ll get a more powerful sense of the dramatic arc both characters take. Binge the season one on Youtube, Amazon Prime, Google Play and Hulu.