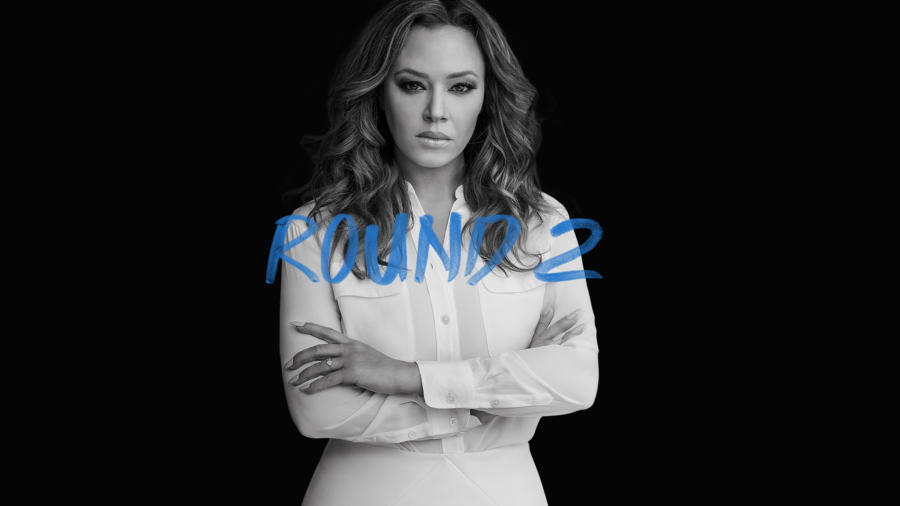 Episode Two of Scientology and the Aftermath begins with Leah Remini receiving a phone call. While not being able to hear the words of the person on the other end, the audience can sense from Leah’s responses, that this is a person that is hesitant about meeting with her. At the end of the call, Leah confirms that she was speaking with a woman who reached out to tell her story about sexual abuse she had experienced as a child. She now doesn’t want to do it because of the repercussions from the church.

Leah and Mike first visit Marie. Born into the church and a Sea Org member by age 15, Marie was committed to the organization. She married her husband, Aaron at age 16. When describing her Aaron, there is smile on Marie’s face. She says that they were young, happy, and always had fun. He was the one person she could be herself around. Although, he was a bit mischievous. Giggling, Marie describes instances in which he got in trouble with the church for listening to Eminem, and dying the tips of his hair.

As time progressed, Marie moved further up in the organization, while Aaron was demoted because of his antics. When she became an executive in the church, Marie notes that there was an image she had to maintain, and Aaron did not fit the image. Suggestions for divorce by other Sea Org members were quickly denounced. Aaron was Marie’s best friend, and she says that even though there were tough times, she wanted to help him.

Marie shares that one night Aaron came home late and because he had gotten a ticket. Marie never got details about the reason for the ticket. Shortly after, as he left for work, Aaron kissed her on her lips and then her eyelids. With tears welling, Marie says that this was strange, because Aaron would usually kiss the eyelids first, to her protest.

The next day at work, Marie was called to her home. When she arrived, there was a lot of commotion with police and firefighters surrounding the building.  The security chief of the church approached and said, “Aaron hung himself last night.” Marie asked, “Did he die?” and the chief simply replied “Yea.”

Marie is clearly distraught as she explained the events of that day. She says that no one consoled or comforted her as she cried. It felt awkward, because everyone just stared at her.  Members of the church were simply there to talk to police, making sure that they got the information needed, and take care of public relations.

Marie was made to return to work that day, but couldn’t tell anyone what had happened. The church wouldn’t let anyone be aware of the suicide because it was a distraction. When Marie was becoming more noticeably upset, the church asked her to leave the Sea Org because she was considered a problem. They questioned her about her role in Aaron’s death, and concluded that the only reason he committed suicide was simply because he was a bad person.

Later on, she found the ticket in dresser drawer that Aaron had received just prior to his death. It was written for prostitution. Marie says that she did not know if Aaron was gay, or what he was feeling at that time. She thinks that Aaron felt guilt and did not have anyone to communicate with. Even her, because she admits that at the time, she was fully dedicated to the church, and he may have thought anything that he said, she would have reported.

Marie left the church in 2010. At the end of Marie’s segment, the screen reads that before leaving, Marie signed an affidavit saying that the church was not responsible for Aaron’s death.

The episode continues with Lauren, a former member that was also born into the church. During her time at a private school owned by the church, she met her friend Tayler. Lauren describes Tayler as sweet, intense, and assertive. She always said exactly what she felt. Tayler was very involved in the church as a volunteer minister. She loved life and the church.

Lauren says that this changed in 2013, when a boyfriend broke up with her and began to spread rumors throughout the church. Tayler felt as if she was being bullied and tried to go through the proper channels of the church to seek help several times but to no response. Frustrated, Tayler expressed her feelings about the difficulty she was having with the church on Facebook. Screenshots of Facebook posts show Tayler calling out the church staff directly. Lauren says that during this time, many of her friends criticized her for saying these things in public.

Lauren was concerned, as Tayler was having noticeable emotional issues and losing weight. In tears, she admits that she didn’t want to show any support to Tayler, due to fear of retaliation from the church. As she begins to place blame on herself, Leah stops her to reassure that it was not her fault, because was trapped in the “Scientology mindset” during that time.

Lauren says that in January of the next year, Tayler shot herself. Shortly after, she learned that Tayler suffered from suicidal thoughts and had made multiple attempts to end her life. In texts to another friend, Tayler said that the church was trying to “cure” her mental health issues through vitamins and auditing.

Lauren, visibly upset, explains that at the funeral, Tayler’s mother said that she was at peace with her daughter’s decision. Mike explains that this is part of the Scientology mindset — it is acceptable to destroy someone for the greater good, despite what is going on. Lauren says that in the months prior to the suicide, Tayler’s parents had distanced themselves from her — physically, emotionally, and financially. She thinks that this may have been the breaking point.

Leah praises Lauren for being everything that Scientology is not and sharing Tayler’s story. Lauren is appreciative but says that she has had 5 friends that have committed suicide. 4 of them Scientologists. She is still trying to figure out how to help.

The theme of this episode was mental illness and the church. Awareness of mental illness is more prevalent now than in the past, but it is still unnerving to see that there is a part of society that does not acknowledge its presence. In the episode, we hear that Scientology does, at least, recognize some forms of mental illness. When speaking about Tayler, Marie notes that she was diagnosed as bipolar, from someone within the church. However, she was not allowed to receive help from a doctor, psychiatrist, or psychologist. They only pushed pills.

The church sees itself as the cure for mental illness. Prescribing vitamins and conducting auditing sessions as remedies. But coming to the church for help is not a simple task. As seen with Tayler, it’s difficult to seek assistance and guidance. Marie also explains that if a person is suicidal, they get in trouble, so people suppress those feelings.

Having majored in Psychology and taking classes that deal specifically with mental illness, I was surprised at all of the things that I didn’t know as truth or fact before I got to college. Growing up in Black, religious household, we knew about mental illness, but did not give full recognition to all of the aspects. A child with ADHD was just seen as bad, or a person with bipolar disorder was just “crazy”. People with anxiety, depression, and suicidal thoughts were simply weak or didn’t have enough faith in God.

This way of thinking is toxic for adults and children. People are not getting the proper help and support they need because they are taught that this is not something that their culture or religion experiences. This is not true. Mental illness has the ability to affect anyone, and it’s vital that people know there is real help.

Janay is a writer, social worker, and MBA student living in VA. She enjoys listening to podcasts and binge watching her favorite show, 30 Rock on Netflix. Janay is an aspiring author that produces content to intrigue, inspire, and affirm young black women. Follow her on Twitter @jay_sherell

Review: ‘Second Act’ Is All About Second Chances