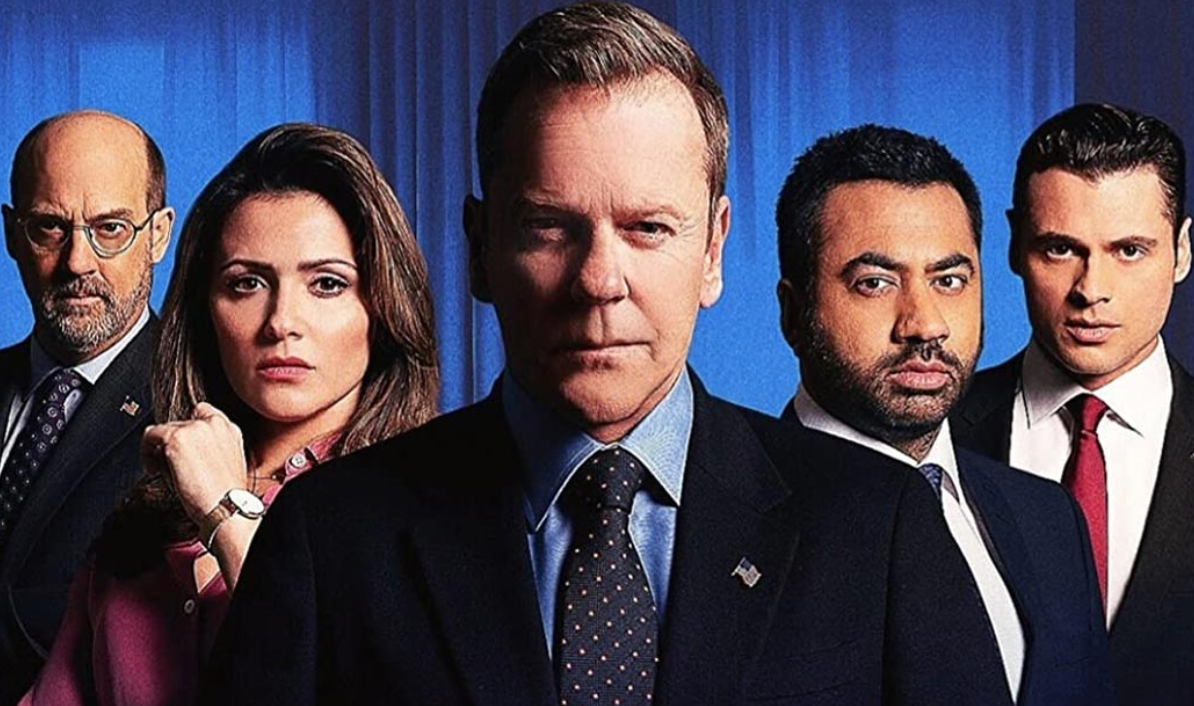 This week’s episode was just storyline building, and the good stuff didn’t come until the end. I will highlight the story points that stuck out to me the most.

The death of Nazar will set a lot of things into action, probably more than these characters realize. Once they get word that Nazar was killed, Jason and Hannah decide to press on but know they are now in danger because Catalan doesn’t play.

Peter and his wife have dinner with Kirkman, and I wish I could have been a guest at the dinner. I would have been that petty, tea-sipping guest at the table asking questions like: How did you alls meet? What’s her favorite color? How long before you fell in love? And more importantly, why do y’alls have a fake marriage? Ha-ha. Dinner gets cut short when Aaron pulls the President aside to tell him Nazar has been poisoned in his cell.

Kirkman wants answers and later has a meeting with Jason. Jason has a dramatic walk over to meet the President with shiny shoes, swag, and a shiny briefcase. Jason is ready to go in and tell the President all he knows. However, Peter is there because he used to head the terrorism force. I rolled my eyes because Kirkman really needs to stop letting this man in on things he doesn’t have the clearance for! Jason should have had a plan B, but didn’t. He freezes up and backtracks terribly, leaving Peter and Kirkman suspicious.

As per usual, Kirkman takes on a few more losses in this episode. First, he discovers Jeff wanting to claim his (non-biological) son Leo, which his wife failed to mention. Then he gets word a coach he just honored has been arrested — to make matters worse, this coach is also a spy for the CIA. The whole spy thing was boring to me.

It didn’t get interesting until it was determined that the coach was actually a double spy, working for the US but really working for Russia. Kirkman vs. the Russian president redeemed that when Kirkman echoed Jack Bauer and said: “There is nothing more dangerous than a pawn who thinks it’s a queen.” The Russian president left with his tail between his legs, but I’m sure we will see him again.

Now to the good stuff. Peter pops up on Hannah and Jason in the office, and I get scared with them. Why is he here? Is he going to blow them up? Threaten them?

It turns out to be none of the above. Peter comes to drop off a file so Jason will stop vetting him, but Jason shades Peter the whole time, which probably wasn’t a good idea. Jason thinks he won but later gets a call from his wife saying his son is missing.

Hannah continues her investigation into Catalan and gets a mysterious delivery of his file. She later vows to help Jason find what may have happened to his son. Sadly, Jason’s son didn’t run away from home. It turns out that a mystery woman has lured him into captivity with coffee-flavored ice cream. The mystery woman then tells Jason to schedule a meeting with the president, and do what she says…or else.

This conspiracy plot is now moving along, and I can’t wait to see where it’s going. There may only be one or a few episodes left for the season, so I expect to be left in major suspense.

This week’s episode was a big one, all the storylines are picking up and I’m really curious to see how all the characters involved will get through this drama. Here’s my take on the main points:

The media is getting more and more ballsy as Kirkman’s presidency continues. Nazar’s death was kept quiet until several “sources” confirm that he died while in jail. The media even knew that the United States prepared the dead body using Muslim practices.

Then, to get even more disrespectful to Kirkman’s presidency, a reporter got in Leo’s face at school. The reporter didn’t want to know what he thinks about biology or how often he skips school. He wants to know how it feels that the president, isn’t really his father. I don’t always like Leo, but, at that moment, I felt bad for him. No one should find out that their parent may not be their parent in such a public way.

Jason left us all worried last week when his son was taken by a mystery woman. Jason reappeares, acting nonchalant, but Hannah knows that something is wrong. Jason drops a hint and briefly gets her off of his trail as he answers a call from the mystery woman.

The woman appeared to make good on her word that she won’t hurt his son as long as he cooperates when she tells him what to do next. I expected her to try to get Jason to extract top-secret intel or something but what she made him do was way worse. When I heard Jason bring up Nazar my heart dropped because I knew where it was going.

Jason “confessed” to killing Nazar, acting out the script he was given perfectly. He looks like he is about to break but he remains strong, surrenders to his knees, and tells Kirkman to “push the button.” I can admit that I was confused, I thought that the only “push the button” kind of situation was nuclear.

In this case, there was a panic button Kirkman pressed at his desk and the secret service was there in seconds (and in slow motion), I was amazed and enjoyed how that whole scene was shot. I wonder if the president has that button in real life?

Also, a great story in this week’s episode was the flu outbreak. I thought the show was taking a crazy turn to become the start of a zombie apocalypse or something. The flu outbreak was ruled to be bioterrorism, which is still scary stuff. Then things get scarier, which has been happening often on this show as it has been echoing current events perfectly.

Kirkman is informed that the outbreak is contained to poll workers and that an extremist was targeting all voting machines. What?! Then that’s when my emotions kicked in, the events on Designated Survivor made me think. What if something like that were to happen here? Kirkman and crew have 17 hours to work with and make sure nothing else happens.

Kirkman did some of his best multitasking in this episode. He is dealing with a high-level executive agent who made a “confession,” a son who wants to know his paternity, leaks to the media, functioning with no congress, and a bioterror threat that could cancel election day. Somehow he managed to focus on the issues and delegated tasks to his staff with precision. Ultimately, his focus helped solve all the day’s problems, Leo turns out to be his son, and election day still happened which means he will finally get a Congress to work with.

The end of this episode was all about MacLeish. Kimble uncovers that he is aiming to be the next President. He doesn’t admit to it but it’s confirmed when he meets up with the mystery woman. So I didn’t like MacLeish before, but I like him even less now. However, I am really mad about what happened with Jason. I hope that he gets cleared of all this really soon. What about the others who may be in on this? Aaron? Kimble? And let’s not forget that Hannah was spotted when she spied on Jason. Will something happen to her now?