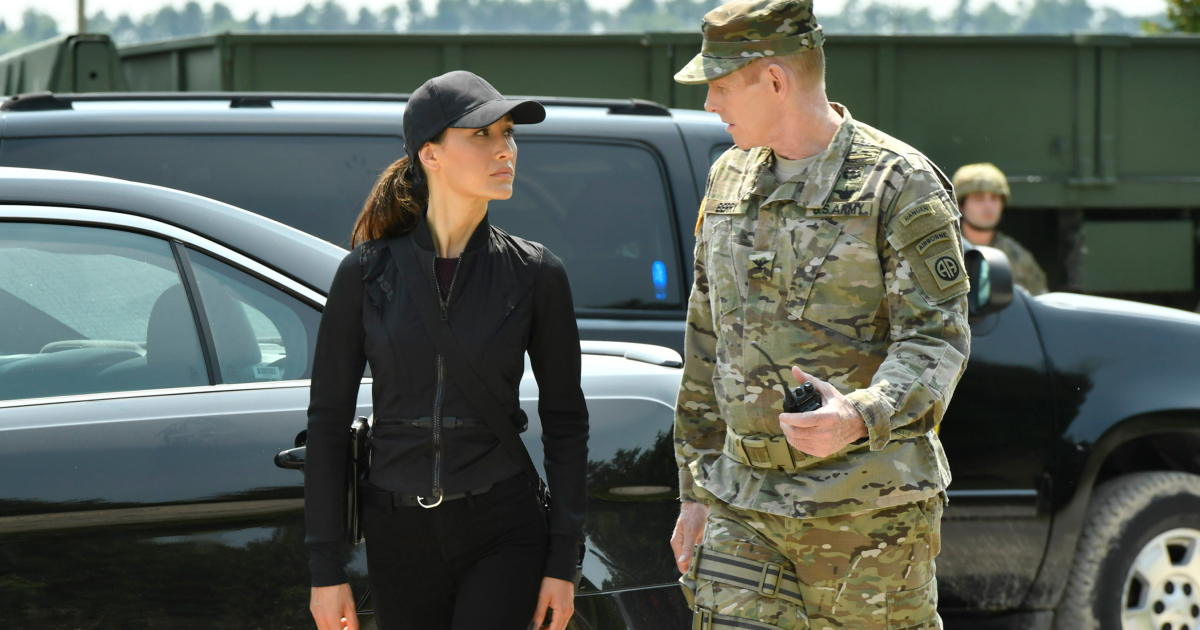 Once this episode of Designated Survivor opened, you could tell that Lloyd was on a mission and could sense that Lloyd or Kirkman would reach their end. Things begin with Lloyd casually stealing a vehicle from a parking lot without the blink of an eye and driving off. Meanwhile, Hannah and her team have not let up on tracking Lloyd, somehow after his trail went completely cold last episode they managed to find him. They find him on airport surveillance not because he showed his face, but because he showed his ear. This scene gave me a wtf moment as Chuck explained that besides fingerprints, ears are also unique identifiers in a world filled with millions of people. I being a geek took a moment to fact check this, and it is indeed true. Mind…blown.

The next scenes leave Lloyd alone for a little bit and we get some comedic relief at Seth’s expense. Seth has to write jokes for the president which Lloyd complete shuts down, I laughed but then thought to myself, is Seth really not funny? After thinking over prior episodes and later seeing other White House staff roast him I confirmed that Seth isn’t funny, he’s super corny. He may be corny but at least he is loyal and Emily likes it, right?

Comedy aside we are all here to see what Lloyd will do. He turns up again after visiting his son and then disappears again. Only to reappear at the First Lady’s mothers house, man this guy travels at the speed of light. He trashes her house as she hides in the bathtub, and the message is clear to president Kirkman that Lloyd means business and no one not even his presidential family is safe. Side note- with a terrorist on the loose why did Secret Service think it was wise to leave the First Lady’s mother home alone?

Hannah and Damian work pretty well together, for the most part. They track Lloyd down to a property in the middle of a field. Damian gets shot, shouts out to Hannah that it’s “just a nick” but it doesn’t matter because she has already sprinted halfway across the field without him. I laughed because Damian really can’t keep up with her and I was totally shipping a Hannah/Damian romance.

Lloyd has outrun Hannah and Damian and locks himself in an impenetrable bunker. While there he has the nerve to hack the government firewall in order to leave a message for Kirkman that he will unleash deadly gas upon the public if he isn’t granted amnesty. He knows Kirkman won’t go for this and the official war cry has been made. While Kirkman keeps up appearances at the correspondent’s ball, his team is working triple overtime to stop Lloyd. Hannah and Damian find Lloyd’s escape plan, but as usual, they run wild and set off a motion detection bomb, barring their way into the bunker. Aaron manages to find a legal way to drop F16 bombs on Lloyds bunker.

Finally, once clear, Kirkman gives the order to drop the bomb and Lloyd and his bunker are demolished. I cheered, glad to see that Lloyd will no longer be a problem, but then, in the end, we see that Lloyd is actually a gift that keeps on giving (in a bad way). Before the bomb lit him up he managed to bypass the firewall and send data to the cloud.

So now I have so many questions. Was Lloyd working on behalf of someone else? Did he make sleeper cells? Who will Kirkman’s next enemy be?