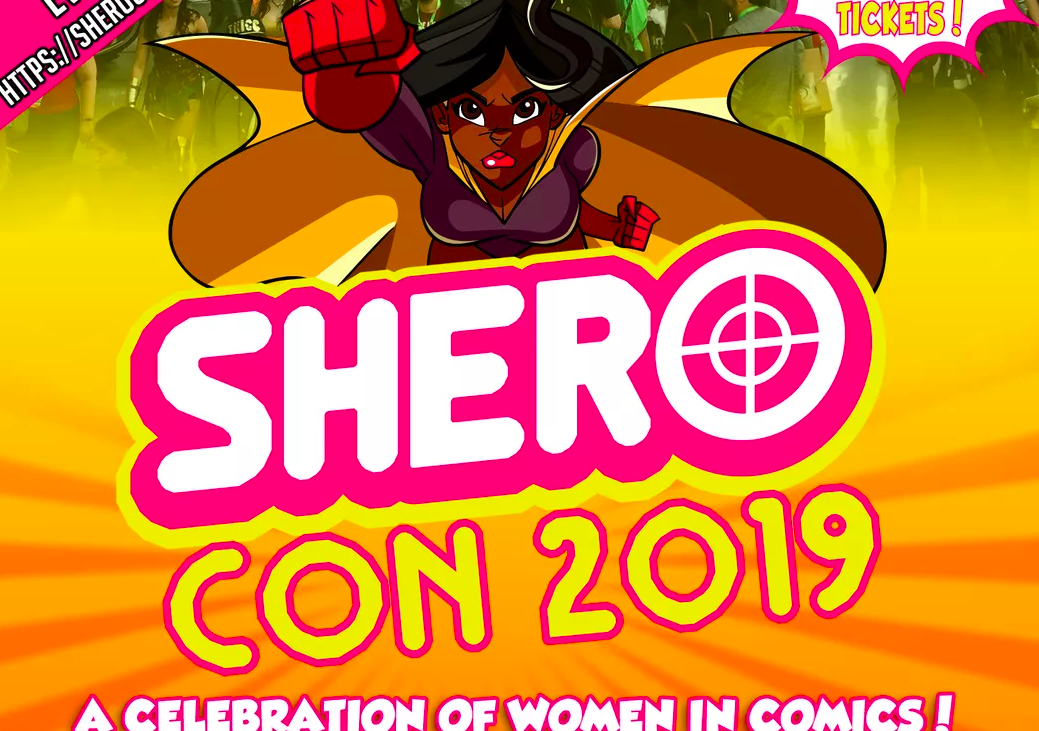 Shequeta L. Smith is a woman of many talents, she’s not only a talented filmmaker, but she is a comic book creator that is the CEO of Shero Comics. She has now partnered up with local businesses in her community to create a pop-up convention for female comic book creators called SheroCon.

She’s most notably known for her graphic novel Rayven Choi, a story about a Black heroine adopted from a Korean family who carries the lead role in a Kill Bill-esque revenge plot narrative.

Below is the press release for the impending event:

Hollywood Stuntwoman Janeshia Adams-Ginyard (Black Panther), is one amongst multiple sheroes set to appear at Shero Comic’s inaugural pop-up comic-con. This mini-con is set for Saturday, March 9, 2019, from 12pm-5pm at the Westfield Mall Culver City.

SheroCon is a one-day celebration of female comic creators, cosplayers and local sheroes who are making a difference in the world of comics and entertainment. Other activities scheduled for the day include an all-female artist alley featuring indie and mainstream comic creators, a women in comics panel discussion, one-on-one Q&A’s with Hollywood writers, actresses, costumers, executives and makeup artists from some of Hollywood’s biggest comic book movies.

The event is scheduled to end with a SheroCon Cosplay competition. But it’s more than just about Shero encounters. There will also be face painting, caricatures and make-up demos from professional makeup artists at MAC Cosmetics.

Explaining the motivation for hosting the event Smith said: “I began searching for local events in Los Angeles that Shero Comics could partner with to celebrate the work that women have contributed to the world of comics and entertainment. I was especially looking since Marvel Studios will be releasing their first female-led film, Captain Marvel, in March. After a few weeks of coming up empty handed, the idea for SheroCon was born.” 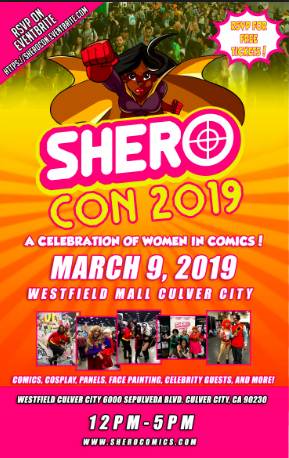 SheroCon celebrations will begin at 12 noon and run until 5:00 pm.  For further information, visit:  sherocomics.com or the Eventbrite page https://sherocon.eventbrite.com