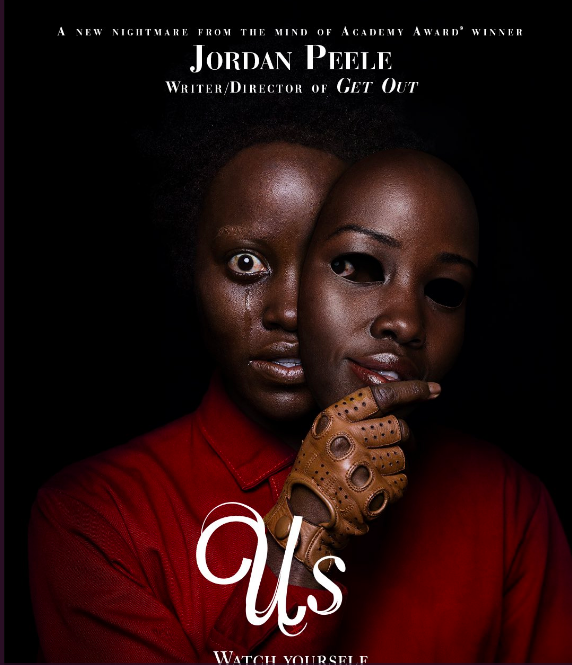 Today Jordan Peele unveiled the latest poster for Us featuring Lupita Nyong’o as her horrifying doppelganger. A single tear leaks from her eye and one can only wonder if it stems from fear or from fury.

Jordan Peele has been Universal Pictures’ biggest publicist for Us, with giving fans sneak peeks and leaks of promotional footage such as teaser trailers and movie posters. During Super Bowl Sunday, he tweeted the link to Reddit of the teaser four hours before game time.

With over 13K retweets already, Jordan’s latest plug to his film via social media is keeping the momentum going on his Monkeypaw produced horror flick due for release in theaters this March.  Us will premiere at the SXSW film festival and will release in theaters nationwide soon thereafter.

Accompanied by her husband, son, and daughter, Adelaide Wilson returns to the beachfront home where she grew up as a child. Haunted by a traumatic experience from the past, Adelaide grows increasingly concerned that something bad is going to happen to her family. Her worst fears soon become a reality when four masked strangers descend upon the house, forcing the Wilsons into a fight for survival. When the masks come off, each stranger takes the appearance of a different family member.