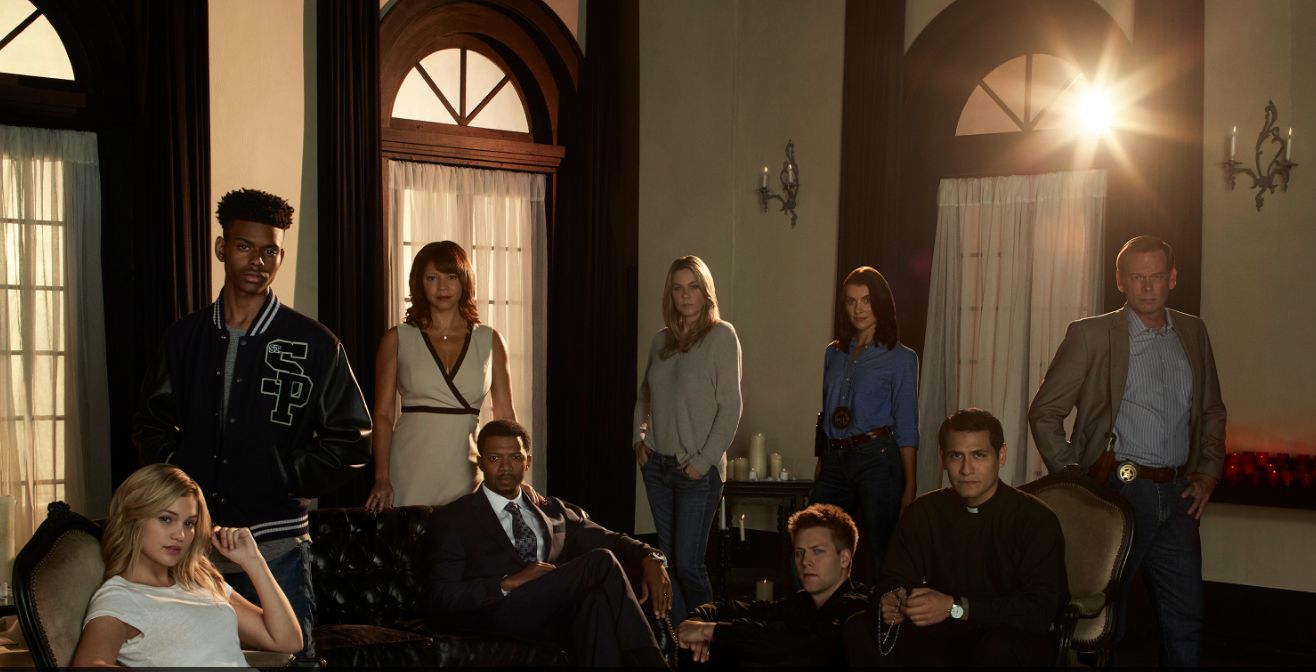 In part two of the interviews with the cast of Marvel’s Cloak and Dagger, Miles Mussenden who plays Tyrone’s father and Andrea Roth who plays Tandy’s mother, talk about the Louisiana Culture and the different views of the father-son and mother-daughter relationship.

BGN: The themes talked about in this show are kind of heavy. Can you talk about what it’s like for you, family dynamics wise and the kind of conversations you’re trying to evoke with the father/son and mother/daughter relationship?

Miles Mussenden: Wow. Just like with my kids at home, with Tyrone I’m trying to keep this boy alive. And I’m trying to make him the best person he can be and make him really reach his potential and not settle for less. In everything, I guess, draw out of him, “Okay, what can you do? How can you do this better? How can you improve your life?” And even in some parts say, look at your mom, look at Adina because she’s on point and she’s popping on all cylinders. If you just take some of that you will have more success. I just want him to be successful and be safe while being successful. We’ve had some trauma in our family, well you have seen it right?

Miles Mussenden: We’ve had some tough loss and I can’t let anything else happen to his only remaining son. He does everything to keep this boy safe but at the same time to let him live and let him be, because if he doesn’t they’re gonna rebel and I don’t want him to rebel. You know they used to give us that egg when we were in school. You have to take care of that egg. It was like that, yeah.

Andrea Roth: And conversely, I am an example of everything not to do as a mother. I am failing on all accounts. I am living in the past. I am obsessed with what happened in the past with my husband and redeeming his name at the cost of my own child, which is awful. But unfortunately like in life everybody gonna do the best they can with the skills that they have with the numbing of the choice that they’ve chosen to live. It remains to be seen what my rock-bottom will be.

BGN: New Orleans culture. Do you think that’s part of the charm of having the show set in Louisiana? Taking traditions, like the Mardi Gras Indians, and merging it with the themes of the show?

Miles Mussenden: I’m gonna dance now. Listen, I feel so privileged to be able to be part of telling that story. I have never heard about the Mardi Gras Indians and then hearing about these Indians that helped enslaved Africans escape for freedom. And then now that has carried forth into modern day. It’s freaking incredible to me. I always felt like children of color that grow up in the hood, I felt like we needed like some kind of rite of passage to grow into manhood. And that way we don’t end up listening to these rappers and people that think that womanizing is the way to do it. You know whatever, being the tough guy, and all that kind of stuff. So, the Red Hawks, the Mardi Gras Indians is that in New Orleans, it is that bridge to going to manhood.

You don’t even realize it when it’s happening but anything you have to spend time on, you have to spend time to make these suits, it’s intricate, it’s time, you have to dedicate time so it’s something that I think affects your mind where you realize, “I got to see things through.” That’s what men do. Let ’em see things through, you don’t get results overnight instant like a microwave. You know what I mean? And also, these men that are the Mardi Gras Indians they’re not no chumps. These are tough guys too. I get to expose my son to other men who are living right, doing right. And he gets to have a covering, he gets to have a village. You know that saying, “It takes a village.” He gets to have a village. And that’s what the Mardi Gras Indians are I think. I’ve never heard this so I’m hoping that now we get to expose it to the world and hopefully make an impact.

Did I answer your question? Yeah, New Orleans is New Orleans. There’s this pain.

Andrea Roth: Dichotomy all over the place.

Miles Mussenden: Yes, they’re still affected … they still have, I don’t know if I should say PTSD, but still a form of stress from Katrina. It’s tangible because I got to spend time with the Mardi Gras Indians. And these are people that live out there. In the show we had real Mardi Gras Indians that came so I got to spend time with these folks. And man, they’ve been through something and you can feel, and you can sense it. But boy do they sing, and they play music and it gives you life and it lifts you back up so there’s hope. There’s hope and I think that whole New Orleans thing there’s something about it that affected me just being there. And I think it affects my character. I haven’t seen the show like you all but I’m hoping it translates and it affects the show.

Andrea Roth: I’ve always said and felt that it is actually its own character on our show. I haven’t seen it yet. But you’re saying yes.

Miles Mussenden: It is.

Andrea Roth: So awesome because the colors, the anger, the pain, the hope. It’s just so vibrant and pretty. Yeah, so, wow that it’s seeping into our show.

Miles Mussenden: I want to say one more thing too. I feel like Otis, after the loss of Billy, Otis kind of thought, “Maybe this Mardi Gras Indian Stuff is not enough. Let me try something else with Tyrone.” And I took him out and moved way out. You know, “Moving on up.” We moved, we did what we had to to get a bit of opportunity, to move way out, put him in a different environment, put him in a private school. But at the end of the day I think he still needed that, he still needed those roots, and he still needed those things. So, yeah.

BGN: Thanks so much for that.

Miles Mussenden: Thank you so much.