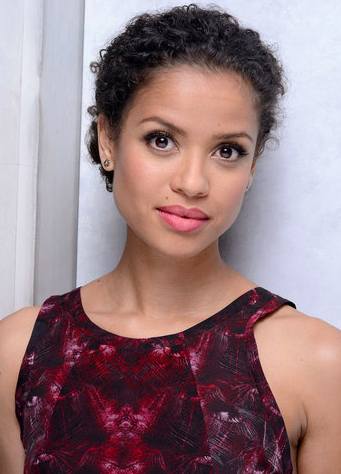 Under the direction of Edward Norton (Primal Fear, American History X, Fight Club), Motherless Brooklyn is a beautiful film with a stellar cast that respectfully creates a nostalgia for Old Harlem and New York City. The costume and set design are quite lovely, and the jazz-infused musical score is just right. Norton as Lionel is a genius work of art, and his chemistry with Gugu Mbatha-Raw is through the roof. Motherless Brooklyn truly showcases beautiful storytelling, and the film is aesthetically well done.

Set against in 1950s New York, Motherless Brooklyn follows Lionel Essrog (Norton), a lonely private detective living with Tourette syndrome, as he ventures to solve the murder of his mentor and only friend, Frank Minna (Bruce Willis). Though he only has a few clues and his photographic mind, the unassuming Lionel begins to find out intimate details about the power brokers that hold the fate of the whole city in the balance. From the hottest jazz clubs in Harlem to the disenfranchised neighborhoods of Brooklyn to the offices of men who run the city, Lionel unveils some of the ugly truths about those in power and their social norm of corruption to stay in power, including some of their families’ deepest, darkest secrets. On his journey to solving many mysteries about the death of his mentor and the men involved, he finds out about a woman who just may be fated to be in his own life forever. This woman is Laura Rose, played by Gugu Mbatha-Raw.

Gugu Mbatha-Raw is an English actress, known for her role as Kelly in Black Mirror, Dido Elizabeth Belle in Belle, Noni Jean in Beyond the Lights, and Plumette in Beauty and the Beast. She garnered attention in American productions, beginning with a supporting role in the Tom Hanks comedy Larry Crowne and starring roles on the short-lived television series Undercovers and Touch. She earned critical acclaim for her performances in the British period drama Belle (2013) and the romantic drama Beyond the Lights (2014), receiving numerous accolade nominations from critics worldwide. In 2018, Mbatha-Raw starred in a number of science fiction feature productions, including A Wrinkle in Time, directed by Ava DuVernay, and The Cloverfield Paradox. The latter film made history that year, with a marketing campaign that saw the film’s release onto the streaming platform Netflix directly after it was advertised worldwide at the 2018 Super Bowl. Mbatha-Raw also played in an independent feature film Fast Color, alongside Lorraine Toussaint and Saniyya Sidney.

BGN recently had the opportunity to speak with Mbatha-Raw about working on this film, her role of Laura Rose, and some of the themes within the film.

Laura Rose is an American young woman living in Harlem in the 1950s. In what ways did you identify with your character, and what inspired you to take on this role?

I loved the fact that she was from Harlem. She grew up in the jazz clubs. She’s educated. She has this law degree, and she’s fighting to change housing legislation in her community. She’s invested in her community. I like the fact that she has a strong sense of purpose. I like the fact that she’s really strong, progressive, and, in a sense, ahead of her time. I think that when we see women, especially women of color, in movies, especially in the ’50s, you see the ’50s housewife. This role transcended those stereotypes.

A major theme within the film is the notion of “shared loss.” Can you speak to what unites Laura Rose and Lionel?

It’s the daily things like traveling on a subway and dealing with racial discrimination and how that impacts her life but that does not stop her. And similarly, Norton’s character Lionel has threats and perceptions of him due to his Tourette syndrome, which was alienating. That loneliness, the notion of being alienated and having experienced loss, is what actually unites them. They were both underdogs, but they did not use that as an opportunity to be passive.

The on-screen chemistry between you and Edward Norton was so beautiful, delicate, and sweet. What was it like working with someone who is an actor-director?

It felt like an accomplishment, because as an actor I’ve admired his work for such a long time. And for him to have taken on such an ambitious project to have written, directed, and act in is quite impressive altogether. I had great respect for him, and then there’s this thing where you acknowledge that you are working with a director who is also actor. There’s a truth there that you don’t necessarily always get with other directors. Because as an actor and a director, they understand what you have gone through. They’ve been there. They’ve been in your shoes, and there’s just this feeling that you’re all in it together. It felt at times like a company of actors like a theater company. Working with him became an intimate process because you are really just getting your notes right there in the moment. It’s beautiful, really.

What was your biggest takeaway working on a project like Motherless Brooklyn?

For me, I love the fact that the film is a love letter to New York, and it really is an underdog story. It’s just a beautiful transporting journey.

Speaking of beauty, this film is altogether visually beautiful. The costume design, set design, and lighting are stunning. What was your favorite part about dressing up from this time period?

Our costume designer was Amy Roth, and she really did a phenomenal job of creating Laura’s wardrobe. We wanted her character to shine through the wardrobe, and we didn’t want her to be too glamorized, because she’s a working woman. She had to be approachable. She takes the subway, but at the same time it’s the 1950s and women, girls, and the fashions were quite restrictive compared to what we wear nowadays. But it was absolutely wonderful to explore that side of things. And yes, the production design was incredible!