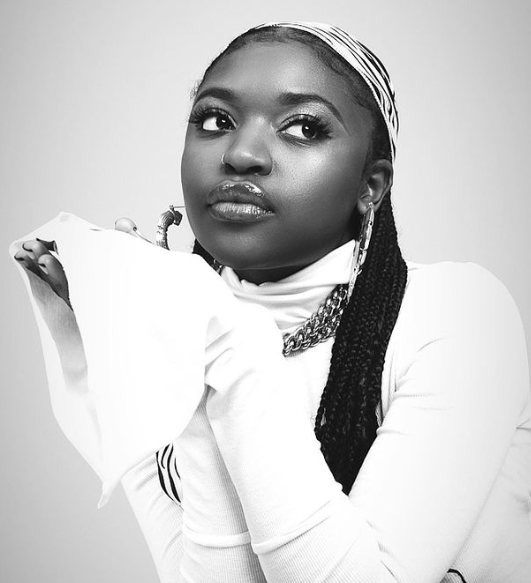 Get your map and compass ready, because National Treasure is back with a spin. If you thought the movies were a success, then get ready for the television series and its newest star. Black Girl Nerds had the opportunity to phone chat with the star and hear a little bit about the show, expectations, and her current and future endeavors.

Up-and-coming actress Zuri Reed is set to star in the new Disney+ series National Treasure: Edge of History, which is centered on a courageous young lady Jess Valenzuela (Lisette Olivera), who seeks answers about her family’s past. Jess and her companion Tasha (Zuri) go on an unbelievable adventure.

Jess is set to embark on a journey of a lifetime. In this series, a stranger gives Jess hints about a treasure that may have a bigger meaning. This ancient treasure unbelievably may be linked to Jess’s late father, who passed when she was only a baby. Jess is smart and cunning and uses her wits to the best of her ability when she and her close friends must rely on clues in ancient relics to lead the way and find answers to life’s questions. The further the journey goes, the more Jess and her companions question life, themselves, and each other’s loyalty.

Reed plays the social media–obsessed Tasha. Tasha is a stand-strong natural leader who is looking to find answers along with her friends. She is smart and proves herself to be a helper and voice of reason in her group of friends. She also faces her own internal challenges that fans will get to see. Much like the film, each character is significant in their own way and serves an integral part of the plot. Each character helps to solve pieces of the overall puzzle. Tasha embodies the tech-savvy character who relies on tools to gather evidence from partial clues.

There’s a lot of pressure when it comes to playing a role that is a sequel to a popular movie franchise. There’s pressure to live up to the hype of the previous films, while also incorporating the same elements of surprise and mystery as the National Treasure movies. On top of living up to the movies, there’s also the pressure to turn a movie into a series.

The National Treasure franchise started out on the big screen. Using a movie plot as the premise of a new series is a lot to live up to. Reed wants to give viewers what they expect to see, and at the same time, give viewers a twist to an original plot. During our phone chat, Reed explained that it was a bonus to have the director of the original films on set to help overcome the challenges.

The series producer Jerry Bruckheimer is also the man behind the National Treasure franchise. Having the original producer as the producer of the Disney+ version of such an iconic movie helps steer the plot in the right direction. This also helps to properly execute the vision the writers had for the series while mimicking parts of the original. The series gives viewers the best of both worlds. They get to experience both a new series while also venturing into some old territory like the franchise.

Viewers who are fans of the original films will be drawn to the new series. Like the original, the new Disney+ series will have the same mystery, thrill, and puzzles waiting to be solved. The producers definitely had the original film in mind when creating this Disney+ series. Familiar faces Justin Bartha and Harvey Keitel are set to make appearances. Like the films, what’s better than having a close group of friends get lost in mystery and seek answers together? During the interview, Reed also mentioned that in National Treasure: Edge of History, viewers can get excited to see more action, adventure, and suspense. Get ready for cliffhangers that leave you waiting for the next episode.

Viewers can expect to see Zuri play a fierce natural-born leader who knows what she wants. She’s an excellent problem-solver who is outspoken and determined to help guide her friends and find answers to life’s problems. She definitely proves herself to be a resourceful player in aiding her friends when they attempt to solve clues.

This starlet definitely has dreams of expanding her career as an actor when it comes to entertainment roles/projects. Reed has a knack for acting in suspenseful works. Her hard work and dedication to the roles she plays are evident. When speaking about career endeavors during her chat with BGN, Reed says she has hopes for more acting roles in the future. Reed is multi-talented in the arts. In addition to being a superb actress who has worked with notable stars like Catherine Zeta-Jones, the young starlet is also a bit of an animator too.

“YouTube just got a whole lot funnier,” Reed mentions in the introduction of her YouTube series. Reed recently journeyed into animation using YouTube as a platform. Her animated original series Roomies 3F is unlike other shows. Reed has made this entire series from her own colored-pencil drawings! Starting out small, the idea stemmed from some of her own life experiences. She then put her ideas to pen, paper, and well, colored pencils. Reed started out playing every character before recruiting a crew to help her voice the characters. It’s a series like no other.

The young star has definitely shown audiences the creativity and diversity of her work. From appearing on Showtime’s Flatbush Misdemeanors, to Killer Among Us, and more recently, National Treasure: Edge of History, there’s nothing this small actress from New York can’t do.

National Treasure: Edge of History will premiere on Disney+ with Episodes 1 and 2 on December 14, 2022.

Meet the Cast of ‘National Treasure: Edge of History’