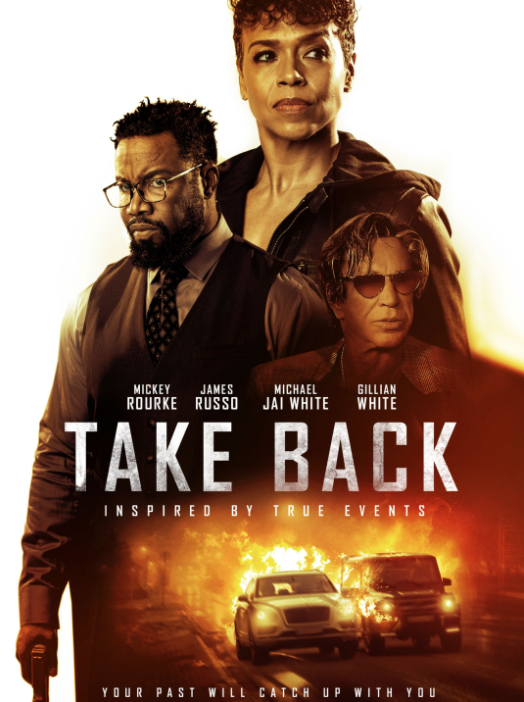 Take Back is scheduled for an August release and stars the likes of Michael Jai White, Mickey Rourke, and Gillian White. Interestingly, this movie sees Michael and his wife Gillian play a married couple who go by the names of Brian and Zara. Their lives are flipped upside down when a dangerous criminal sees Zara on the news and tries to kill her family. The criminal is played by veteran actor Mickey Rourke.

As the trailer suggests, this film is packed full of action and features fight sequences throughout. This is no surprise given Michael Jai White’s skilled background in martial arts. Interestingly, it seems that his wife Gillian seems to possess the bulk of the fighting scenes in this movie. With this said, it’s nice to see a female take the front role and be the hero of the story for a change.

In an interesting development, this movie claims to be inspired by true events. With this said, even though it seems pretty crazy at times, someone out there genuinely lived through this scenario at some point.

As it happens, Take Back was originally set to be released in September 2020, but was pushed back due to the Coronavirus pandemic. Like many Hollywood movies, it was delayed until the filming could re-commence and for cinemas to re-open to make it more financially viable. Because of this, the trailer released two weeks back was actually the second to be released, with a previous, different trailer being shown back in 2020.

Wrapping up, if you’re a fan of action-thriller movies and want to enjoy some light relief this summer, then Take Back may be something to consider.

Take Back premieres in theaters and On Demand June 18, 2021.

Join Us For an IG Live Conversation with Gillian White